Retail In South Florida: Experiential All The Way

Owners of shopping centers have a choice: They can lease space to whomever shows up with a check in hand, putting a dollar store here and a fancy salon there. Or, they can think like Edens Vice President of Investments Nicole Shiman, who orchestrates an entire plaza as one harmonious whole. 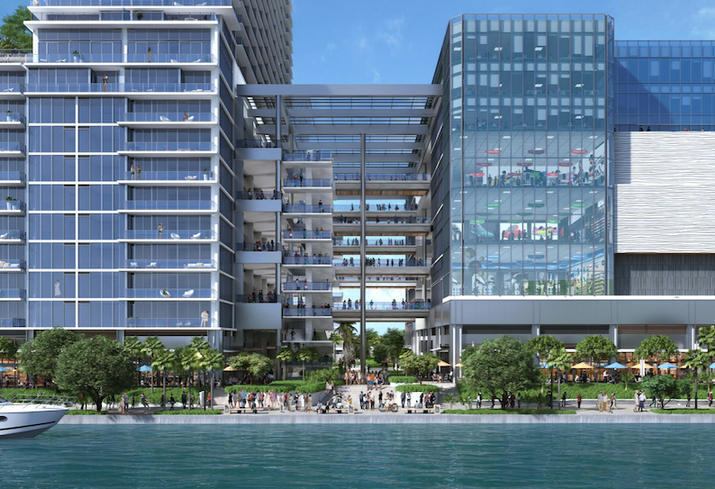 "Tenants are increasingly focused on being part of a 'place' versus simply leasing space at a center," Shiman said. She focuses not just on balance sheets, but "on co-tenancy, design and how the place attracts the consumer to visit and spend time."

That's evident at Edens properties like River Market in Fort Lauderdale, home to a Whole Foods, a high-end hot yoga studio and the classy Sage Cafe. She will bring that attitude to the redevelopment of Lakeside Center in Boca Raton, which will be home to the first new Greenwise in southeast Florida, and to new properties as well.

UrbanX Group co-founder Andrew Hellinger is in the middle of topping off three buildings that make up his River Landing project along the Miami River in the Health District.

He also noted that retail centers are incorporating experiential amenities designed to attract pedestrian traffic. His project benefits from having a natural water feature as its amenity.

"We are building a linear park along the Miami River to attract people to the waterfront and the retail," Hellinger said.

The impact of the rise of experiential retail was echoed by Whitney Robinette, who oversees asset management for Chicago-based L3 Capital's portfolio, which includes holdings in New York, LA, Miami and Boston.

"Retailers have to adapt to become more experiential in order to attract the customer to the store, but also to keep them there and to convert a sale," she said. "I’m excited to see how retailers continue to change their in-store experiences as they get more creative. I expect that we’ll continue to see more brand collaborations as well (for example, lululemon and APL or Louis Vuitton & Supreme)."

"More retailers, specifically e-commerce, are looking for shorter-term leases in popular submarkets in order to create brand awareness and to test a market," Robinette said. "This is interesting as an investor, but also as a customer."

Of course, a potential downturn is a growing concern for the real estate crowd. Robinette said her firm tries to cushion itself from a recession by only acquiring properties in high-traffic locations, so they will always have at least some demand.

"Owning high-quality and differentiated real estate is the best defense in a market slowdown," Shiman said.

But she also knows that's when deals can be had.

"[We're] positioning ourselves to be able to take advantage and grow opportunistically and capture value."