Liberty Health Sciences is on track to open five new medical marijuana dispensaries — or, as the company calls them, “cannabis education centers” — in Florida by the end of the year, adding to the seven it has already established here.

It is far from alone. Several players are in quick-expansion mode and competing for market share as the state has now set rules and issued 14 licenses following the legalization of medical marijuana in 2016. 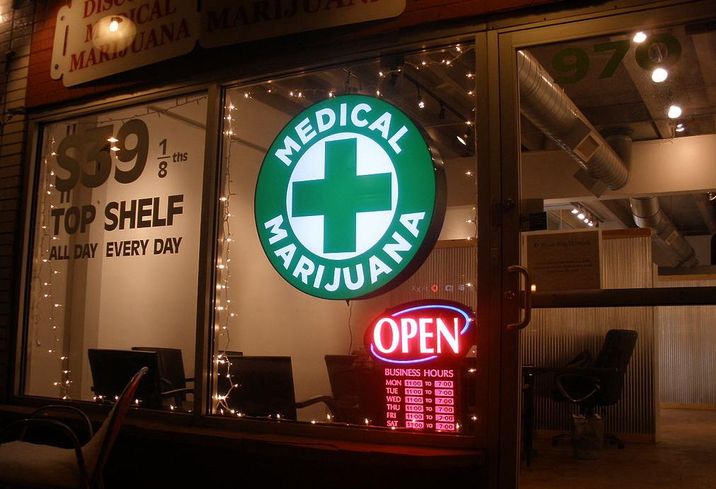 “There's a race,” said George Scorsis, CEO of Liberty Health Sciences, one of just 14 providers allowed in the state. "But there are also two points of hindrances. One, capital, and two, who really has the knowledge and know-how."

Although marijuana remains illegal at the federal level, Florida voters in 2016 opted to approve medical marijuana in the state. Legislators spent the past two years setting up a regulatory framework, training doctors and issuing licenses. Now that some of the initial kinks have been worked out, dispensaries are springing up in retail centers.

Florida’s newly established Office of Medical Marijuana Use has so far issued more than 150,000 cards to patients, who can use the substance if a doctor has prescribed it for certain debilitating conditions such as cancer and HIV. By some estimates, the state is on track to have about $500M in marijuana sales this year and $1.7B by 2022.

But the state’s system is "vertically integrated,” meaning that each vendor — called a Medical Marijuana Treatment Center — must be responsible for everything from cultivation to distribution and sales. That makes it expensive for any company to get started.

Competition is further limited because the law only allows for 12 medical marijuana firms per 100,000 patients registered. So far, 14 firms are licensed. Each of those can operate up to 30 retail locations, but some Florida cities have banned dispensaries from operating in their borders. Dispensaries are allowed to sell marijuana-based oil, vapors and topical creams, but the flower cannot be sold for smoking.

Trulieve, which operates in Massachusetts and California, was the first dispensary to open its doors in Florida, in Tallahassee in 2016. It now has 23 dispensaries statewide and a call center. Another provider, Surterra, has 16 dispensaries around the state.

Liberty Health Sciences should have its new dispensaries in Miami and Dania Beach open this week, and others in Hollywood, Bonita Springs and Orange Park will follow. The company already runs seven shops in the state, and grows its cannabis at a 225K SF space — a former citrus nursery — in Gainesville. LHS offers 24-hour delivery for free. 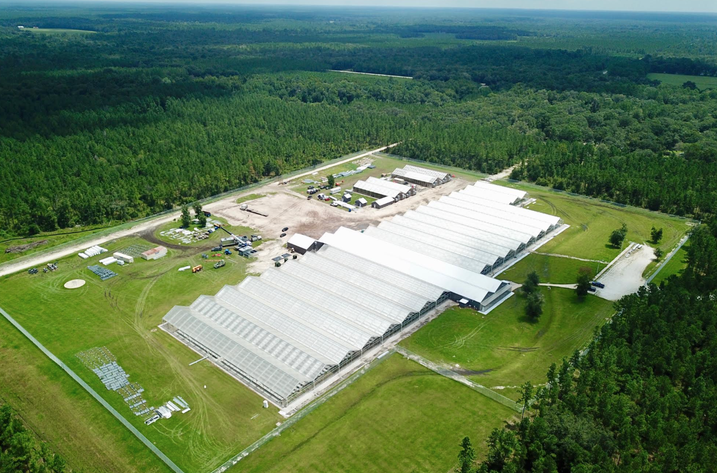 Scorsis, who previously ran Canadian operations for Red Bull, said LHS hopes to capture 20% of the Florida market share. His company is publicly traded on the Canadian Securities Exchange, which is an advantage in raising capital to get started, he said. Marijuana stocks are not traded on U.S. exchanges because marijuana is still illegal at the federal level.

Scorsis said that having a substantial brick-and-mortar footprint is important in this industry. To find space, his team researched which municipalities would allow dispensaries and educated landlords.

"Many didn't want problems with their real estate," he said. "They were afraid it might impair them from renting adjacent properties."

Scorsis said some landlords had to be convinced that his stores would operate like clinical pharmacies, not Colorado-style stoner hangouts. He made presentations to explain that each site would have high-tech security systems, on-site guards and impenetrable vaults. The marijuana business is all cash because banks and credit card companies fear business problems due to marijuana's still-illegal status at the federal level.

He ultimately signed leases for a minimum of five years, some for 10.

Curaleaf is another MMTC, which currently operates 32 dispensaries and 12 cultivation sites in 12 states. Its website lists 17 dispensaries in Florida. Curaleaf Florida President Lindsay Jones said his company is "expanding our brand across the state as quickly as possible" so that people suffering can benefit from the product.

He said the strategy was to put stores in high-populated areas first, "then radiate out in the smaller communities" and reach farther-flung or homebound patients with a delivery service. Product is delivered in secure vehicles, which are tracked as they travel.

"We don't consider other MMTCs our enemies," Jones said. "We all want to make the product available. If there's an enemy, it's the black market," which would not provide patients with highly controlled, quality product.

Curaleaf Vice President of Commercial Operations Benjamin Tabar said his company is the only provider authorized to have drive-thrus, and the company has leased some existing fast-food-style buildings as well as stand-alone space and bays in shopping plazas. Sizes range from 1,500 SF to over 5K SF. The company also has a call center in Cutler Bay and a half-acre cultivation site in Homestead, and is building out a growing operation on 5 acres in Mount Dora. Like LHS, Curaleaf raised startup capital on the Canadian stock exchange.

Tabar said that he, too, has had to educate landlords, and there was some concern that municipalities would change their laws to ban dispensaries even after leases had been signed. But landlords generally believe that dispensaries will draw customers to properties, he said.

By the end of 2019, Tabar anticipates having 40 stores. Each is built out with conference rooms, private consultation rooms and high-tech security features, he said. Each build-out costs about $300K to $1M, he said.

"That's why the landlords love us," he said with a chuckle.

CORRECTION, NOV. 29, 11:15 A.M. ET: A previous version of this story misstated the number of dispensaries Curaleaf currently operates. The story has been updated.