In Miami, Signs Of A Condo Glut 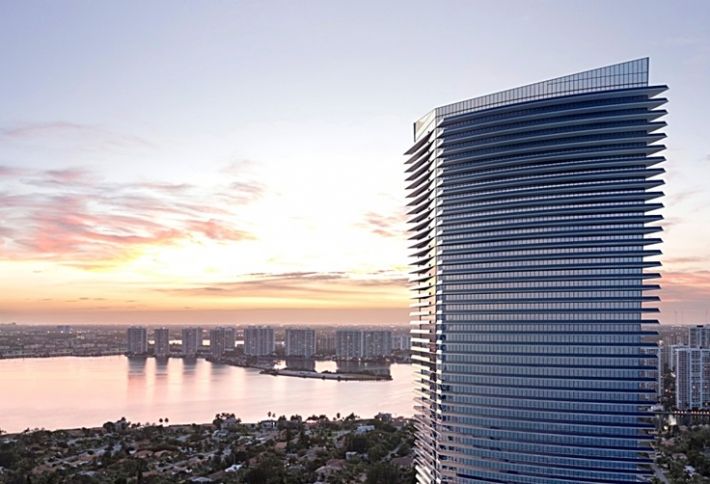 While the housing market around the country is still benefiting from demand outweighing supply, the opposite is happening in Miami.

"We are beginning to see the effects of market corrections," Miami-Dade County property appraiser Pedro Garcia wrote in a May 31 report.

The market downturn is evident primarily with condominiums and high-value, single-family residential properties in neighborhoods such as in Key Biscayne and Sunny Isles Beach.

"We continue to see the same market trends as last year, with an oversupply of condominiums putting downward pressure on condo values," he wrote.

Overall, Miami-Dade County property values grew 6% since the start of 2018, the Miami Herald reports, thanks to demand for single-family homes and nearly $6B in new construction coming to market. But in Key Biscayne, existing values actually declined, by 1.8%.

Other reports point to a downturn, too. Condo Vultures Realty, which tracks market data, pointed out that with 2,825 condo units formally listed for sale in Miami Beach, the market has a 19-month supply. A six-month supply generally represents a balanced market.

Condo Vultures reported that Miami Beach's luxury condo market (units worth $1M and up) is even more challenged, with 680 units on the market, representing a 29-month supply.

Nearby, in the barrier island market of Bal Harbour-Surfside-Bay Harbor Islands, there a are 550 units for sale, a 22-month supply. Downtown has 32 months of supply. The county as a whole has 16 months. All of these figures do not even factor in 47,500 new condo units in the development pipeline east of Interstate 95 in Miami-Dade, Broward and Palm Beach counties.

This does not spell relief for seekers of affordable housing, as low-end homes are getting snapped up and their prices are increasing. In Miami Beach, in the first three months of 2018, the average transaction price of a Miami Beach condo was about $745,525, or $561 per SF. Condo Vultures' Peter Zalewski predicted the glut last year, and suggested that it could soon represent a buying opportunity for some although those prices are still far out of reach of a middle-class buyer.

Seth Denison, managing principal of the Miami-based private equity firm Brickell Ventures L.P., wrote in a May blog post that prices had dropped 57% after the 2008-2009 housing crisis, but bounced back as institutional investors and Latin American buyers swooped in for deals. When development picked up again in 2012, banks required 50% deposits from buyers and that new buildings be 50% pre-sold before construction could begin.

Those measures were supposed to keep supply and demand in check, but, Denison wrote, "speculators bought into the concept wholeheartedly, putting down deposits on thousands of new condo units proposed for development in South Florida, which brings us to the present."

"Adding to the growing pessimism about the Miami condo market is fear that three macro issues — South American currency fluctuations, rising interest rates and an anti-immigrant climate — in the United States could trigger challenges similar to the last real estate meltdown in South Florida, about a decade ago," he added.