Miami's First Waldorf Astoria Will Be In A Supertall

Miami's first supertall tower, to be built at 300 Biscayne Blvd. in downtown, will carry the iconic Waldorf Astoria brand. 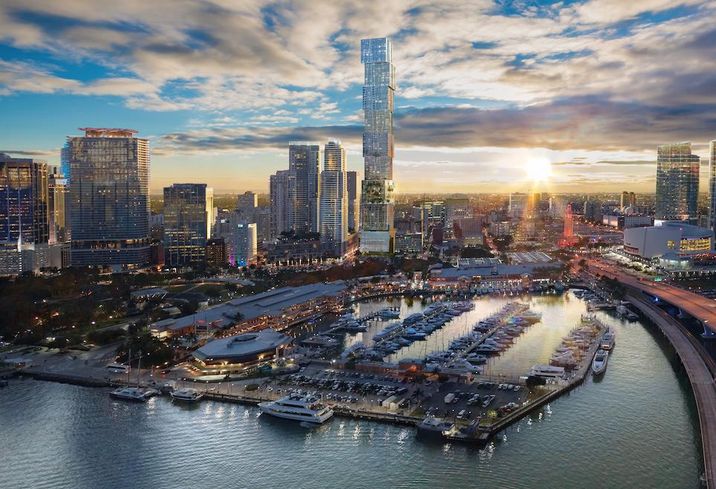 The building, designed at 1,049 feet and approved by the Federal Aviation Administration last year, would be higher than Miami’s current tallest building, the 868-foot Panorama Tower, and comfortably rise above the planned 890-foot Okan Tower.

This week, the joint venture of Property Markets Group and Greybrook Realty Partners announced the partnership with Waldorf Astoria and gave more details about the project. It is slated to include 400 condominiums, a five-star hotel with 140 rooms to be operated by Hilton, retail and restaurants.

Speaking at Bisnow's Miami’s State of the Market event last month, PMG principal Ryan Shear said that while the rental market is "screaming," building new projects at this stage in the cycle is challenging.

“It’s the worst time to develop right now,” he said. "There’s a labor shortage, [and] sellers are holding on."

Miami itself continues to be a draw for tourism and second homes, a market the Waldorf Astoria is positioned to capture.

“The city continues to thrive as a top global destination with increasing arts, culture, tourism, fashion and luxury brands,” Shear said in a statement.

Lately, the Miami condo market has experienced a glut. CraneSpotters.com in August reported a 32-month backlog of units on the market, but predicted the market will pick up after some of the current supply is absorbed. Several luxury-branded projects have recently come on the market in Miami, including the Porsche Design Tower and Aston Martin Residences.

The Waldorf Astoria project is expected to break ground next year. Shear told Bloomberg that he would hold off on opening a sales office until the condo market shows more signs of life.

PMG’s other projects in Miami include Mei Miami Beach, Echo Aventura, Echo Brickell and Muse Residences. Currently, PMG is in the midst of developing over 5M SF of residential projects in Miami, New York City — where it is under construction on a 1,400-foot-plus condo tower — and Chicago.