A lean, tech-oriented hotel operator, Life House, has raised $30M in a Series B funding round, it announced this week, which comes as its business model is being put to the test. 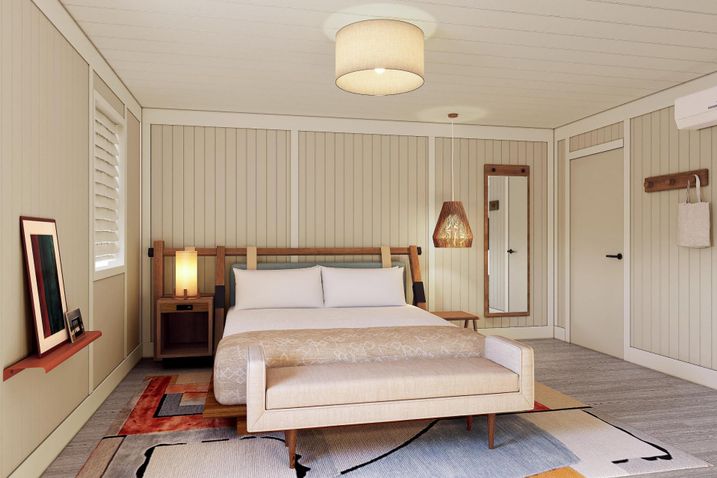 Life House's model is to be hired by independent hotels, do a cosmetic refresh and use proprietary software to operate the property with minimal staff. At a typical Life House hotel, there may be just housekeepers and a community manager to welcome people and troubleshoot on-site. Functions like booking, check-in, accounting and even housekeeper supervision are all handled with technology.

Last week, Life House raised another $30M in a round of Series B funding led by Thayer Ventures, with Tiger Global, JLL Spark, and Ashton Kutcher and Guy Oseary’s Sound Ventures.

"We closed our round very shortly after WeWork started exploding," Zeidan said. "What's great about our business is that we're very unlike WeWork. We're asset-light. We don't have liabilities. We're not growing for the sake of growing. We're growing to solve a problem."

In a statement, the company boasted that despite its scale, it has only 30 corporate employees. Zeidan said Life House won't need to hire much, even as it grows — except sales people who can sign on more properties — because most functions are automated. Its software includes an "algorithmic and machine-learning driven pricing system" and automated financial accounting. Housekeepers are managed via iPads or phones, and soon may be supervised remotely, sending in images of rooms they service.

"I'm quite a liberal person," Zeidan said, so he acknowledged the perception that his model amounts to cutting jobs. But by innovating with the staffing model, he said, Life House is able to keep and elevate working-class positions, and pay those roles better than at competing properties.

"[The company is] very scalable, because you can grow revenue without increasing the cost structure, whereas with WeWork or Sonder, to grow, they need to sign leases, buy furniture, put down deposits," Zeidan said. "We can increase revenue without increasing costs, so we were able to get good venture capital. It wasn't that hard of a fundraising process ... The WeWork explosion heped our investors see value."

In the aftermath of WeWork's infamous attempt at an IPO, other venture-funded commercial real estate firms have eased away from pursuing rapid growth, including Sonder and SoftBank-backed hotel startup Oyo.

Life House is geared toward independent hotel owners who have been overlooked by big hotel chain operators who are "not interested in the small fees that a small hotel turns," Zeidan said.

While some of the properties that sign on with Life House will be operated under the Life House brand, others can retain their own branding. Even without a rebranding or renovation, Life House's management platform can reduce operational costs by as much as 45% and deliver 30% to 40% increases in profitability to owners, Life House claims.

The company's first project, a hotel in Little Havana, earned 4.5 stars on both Google Reviews and TripAdvisor, with guests lauding the chic aesthetic and rooftop bar. But some customers complained about thin walls and low staffing.

"An alarm went off in the middle of the night and yet NOBODY was in the lobby. Guests all over the place and nobody to tell us what’s going on," one reviewer complained.

Zeidan said a staff person is always on-site and that Life House can't control some variables like wall thickness in historic properties — but customers pay a lower price than they would at a luxury hotel because of such inconveniences. He said the customer experience is more controlled and reliable than at an Airbnb. As Life House grows, it could become more selective about locations, he said.

A Life House property in Collins Park is now open, and one in Miami Beach's South of Fifth neighborhood will open in three weeks.

"We'll have five in Miami by April," Zeidan said. "Nationwide, we have 12 that will be open by the summer. We're signing about two new ones every month. Our goal for the end of next year is to have 50 hotels open. We are well on our way."