Welltower Exec: Real Estate Must Adapt To Advances In Healthcare 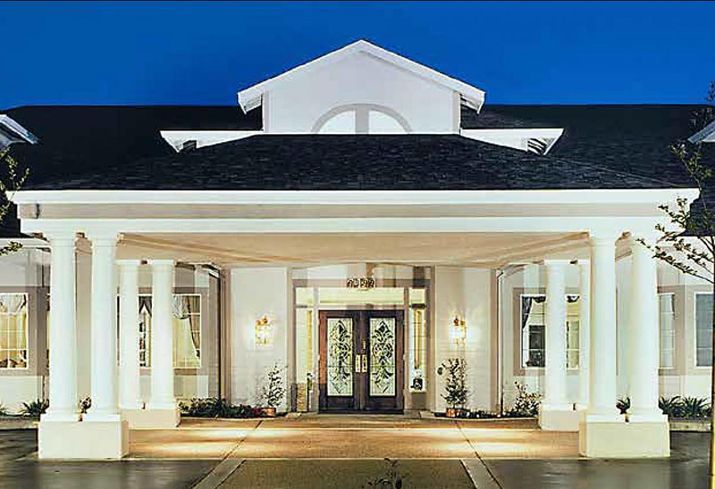 Some healthcare real estate experts have been unflappably optimistic about the sector. There's a reason: America's baby boom population is aging. But one industry exec warns that unexpected changes in technology can disrupt even the most solid plans and predictions. While those boomers will need more healthcare, they may not need it delivered in a traditional hospital or office building.

“Medical technology is advancing at such a rapid clip, things that used to keep you and me in the hospital for a few days can now be treated at an ambulatory service center,” Welltower Senior Vice President Mike Noto said. “By the time 4 o'clock comes around, you're back in your own bed.”

Boomers today range in age from 53 to 71. The 65-and-older population in America is predicted to more than double by 2060, to 98 million. They're likely to need doctor visits and nursing homes.

Welltower, a publicly traded REIT, is anticipating that.  The company invests in a mix of medical offices and long-term and acute-care facilities.

“In any given year, three-quarters of our investments are acquisitions and one quarter are developments,” Noto said. “We look for are buildings that are strategic to hospitals and the delivery of healthcare. More and more, that's away from the traditional hospital campus, out in the community.”

Noto says the real estate side of healthcare operations must adapt to trends he's seeing in healthcare delivery.

“Number one is the continuing trend of the delivery of healthcare on an outpatient basis. Technology is allowing hospitals or health systems to give that care in locations that are convenient to the consumer," Noto said.

Patient numbers are flat overall, Noto said, but there's a continuing increase in outpatient discharges. Yet the Affordable Care Act created penalties for readmissions, he said. So what Welltower has done, Noto explained, is utilize relationships with assisted living operators and dementia care operators, and have them collaborate with the health systems. One way to reduce readmissions is to ensure that patients get discharged into environments where they are hydrated, taking their medications, getting follow-up treatment, and following doctors' orders.

By introducing heath systems to Welltower's operators, Noto said, “The hospitals can feel somewhat confident that when these patients are discharged, they're not going to see them again in 30 days.”

Welltower manages all of the medical offices that it owns, but in its senior housing complexes, Noto said, “in many cases we don't manage them, but we have formed partnerships, so we participate in the revenue /income of those. They're usually managed by an established operator in the industry.” 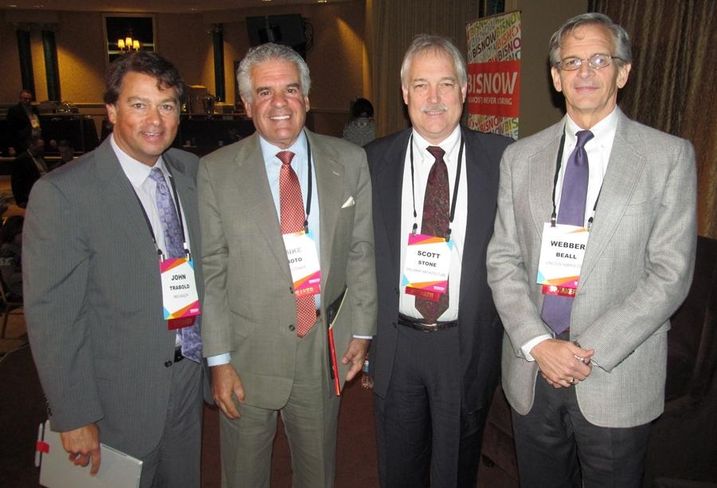 Bisnow/Catie Dixon
Welltower SVP Mike Noto, second from left, at a Bisnow healthcare event in April 2016. With him are John Trabold, Scott Stone and Webber Beall.

Noto said another notable trend is that competition amongst hospitals is intensifying.

“It used to be a gentlemen's game, if you will,” Noto said. But now hospitals are hustling to maintain or increase their market share. As entire health systems compete against one another, Noto is seeing hospitals buy up physician groups.

“One of the ways you assure that you are going to get a stream of referrals from a physican group is to buy them,” Noto said. “The doctors become employees of the hospital.”

Noto believes the South Florida market is currently lagging behind other in this trend, but he expects it will grow.

“In many cases, doctors through digital technology, can solve patients' problems,” Noto said. “There's no need to get in a car and drive to a hospital or doctor's office.”

Noto points to the example of Mercy Virtual Care Center in Missouri, a cutting-edge “telemedicine” facility, where scores of doctors, nurse practitioners and physician assistants assemble at screens, dispensing healthcare over the internet. Bedridden patients can be monitored remotely, via webcams, with equipment transmitting data to the doctors in real time. Healthier patients can chat with a remote nurse for more minor issues, saving drive-time and the hassle of setting appointments. All of this can be delivered with lower costs.