Supermarket Wars Heat Up In Miami

Amazon has wasted no time trying to dominate the food industry. 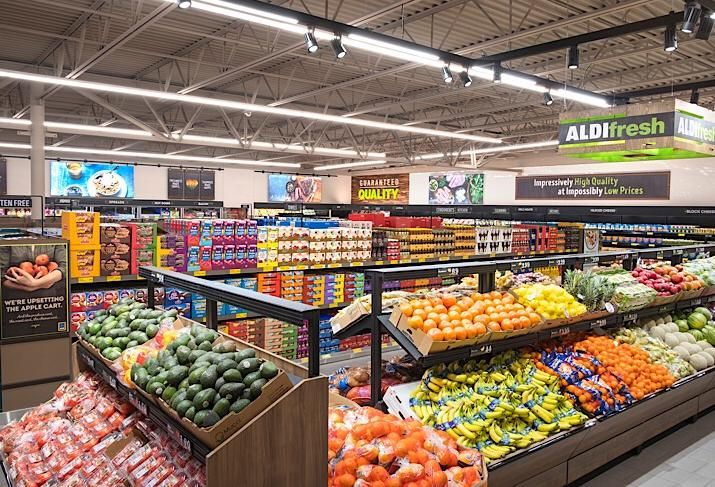 Courtesy of Aldi Fresh
Aldi is shaking up the supermarket landscape.

Not only did the behemoth buy Whole Foods for $3.7B, it is also charging ahead with its PrimeNow delivery service.

It recently set up a hub in Wynwood, at 101 Northeast 23rd St., from which to deliver frozen items like ice cream and will partner with specialty-foods purveyor El Latino to also deliver arepas and other goodies.

Walmart is ready to compete, using price as its main allure, as always. The company in 2016 embarked on a three-year plan to lower its prices nationwide and is now spending $450M to compete with Publix, the Tampa Bay Business Journal reports.

Yet German-owned Aldi supermarkets have been popping up, and they, too, are competing hard on price by offering a limited selection in no-frills stores.

Scott Mushkin, an analyst with Wolfe Research, told the Washington Post Aldi products cost about 20% less than Walmart’s. Some products, like Coca-Cola and Oreos, can cost 200% more at mainstream stores than at Aldi, which saves money by displaying items in the shipping pallets in which they are delivered. Aldi intends to open 600 more U.S. stores in the next five years, and another budget German supermarket chain, Lidl, will also open hundreds.

Yet beloved Florida grocery chain Publix still has consumer loyalty going for it. According to Morning Consult's Most Loved brands survey, Publix remains in fourth place among rated supermarkets (after Kroger, Whole Foods and Safeway). Publix has teamed up with Instacart to edge into the home-delivery space and continues to offer deli counters and hot foods as a point of differentiation.

All this competition may mean stress for grocery-store marketers, but it should be a boon to consumers.

“Prices will go lower — that’s for sure,” Daniel Lucht, the global research director at ResearchFarm, a British retail consultancy, told the Washington Post. “There will be lots of promotions, lots of special offers, lots of brands being pulled in as well. This will be a great year for consumers.”