Miami CRE Moves To Capitalize On The Super Bowl

For the first time in a decade, the Super Bowl will be played in Miami — well, just outside of it, in Miami Gardens, at Hard Rock Stadium, owned by billionaire developer Stephen Ross — and hotels, retailers and even luxury condo developers are trying to score a victory for business while the show is in town. 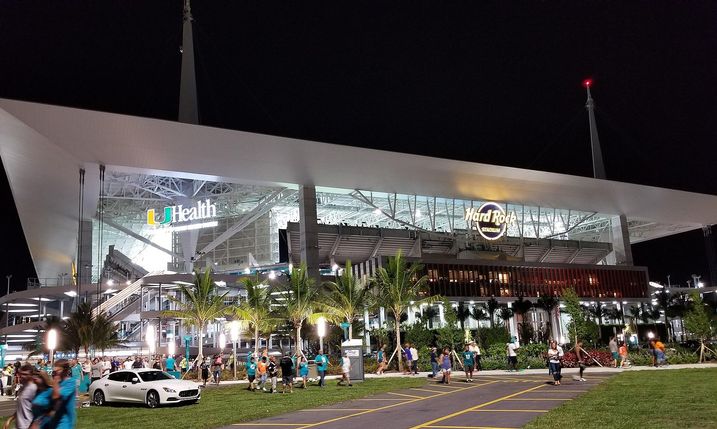 The San Francisco 49ers and Kansas City Chiefs will battle it out during the game Feb. 2, and Jennifer Lopez and Shakira are scheduled to perform at the halftime show. Harry Styles, Post Malone, Lil Wayne, Lizzo and the Chainsmokers all have gigs around Miami during Super Bowl week.

There's an NFL Super Bowl Fan Experience at the Miami Beach Convention Center. Downtown, Bayfront Park will be transformed for a week of entertainment, pitched as Super Bowl Live. There's an associated Python Bowl, where people can catch invasive snakes in the Everglades.

Of course, the commercial real estate industry is also looking to capitalize on the big event.

As of last week, only 20% of hotels in Miami and Miami Beach have rooms available, and the ones that do are charging rates on average 357% higher than normal for February, according to a survey by MiamiHotels.org. Some 3-star hotels are increasing rates by more than 600%, and even 1- and 2-star hotels were found to be charging $200 per night.

Rates have reached as high as $5,500 per night for a condo-hotel unit and $40K for a hotel penthouse, Bloomberg reports.

“Hotel rates have never been this high in Miami’s history," MiamiHotels.org spokesperson Diane Muller said. "They’re even exceeding — by about 20% — the rates we’ve seen during Art Basel Miami.”

Home-sharing is seeing a boost, too. Douglas Elliman's Bill Hernandez and Bryan Sereny of Douglas Elliman control listings for high-end Miami properties, and with marquee hotels charging high rates and being booked regardless, "a lot of people are doing single-family homes," Hernandez said.

"Some rent for $50K to $80K a night, or $100K to $150K a week," he said, citing the Venetian Islands. Many high-end properties for rent are vacant homes that are for sale. In other cases, local families are opting to vacate for the week.

"People at that level reach out to top brokers in town," Hernandez said. "'I need a house for the week. What do you have?' Those requests are circulated amongst the top 100 or so brokers. We have a homeowner in the Golden Beach area with a new construction home. He's looking for $75K to $100K for three or four days."

"There are a few times a year where those type of things happen," Sereny said, including the week of the annual Art Basel contemporary art fair (which happens in December). "It's an extra-opportunistic week."

Retailers have been revving up, too. The Bal Harbour Shops will be the site of a private party Jan. 31 for the Miami Super Bowl Host Committee, featuring celebrities including Gloria Estefan and Tommy Lee Jones. The Design District its hosting a fashion show for the Official National Football Players’ Wives Association, as well as hosting a series of store activations.

On Super Bowl Sunday, restaurants everywhere will host watch parties — at the Fontainebleau on Miami Beach, cabanas can be rented, including one pitcher of mojitos and two orders of chips and salsa, for $450 for the game.

The Wynwood burger joint Kush has perhaps the most creative activation: On Feb. 1, it will host an event called "Please Forgive Us Ray Finkle," an homage to the Jim Carrey movie Ace Ventura: Pet Detective, which featured the Miami Dolphins' team mascot and legendary quarterback Dan Marino getting abducted by a crazy former kicker, Ray Finkle.

Kush's event will re-create Finkle's bedroom as a sort of shrine and and beg him to "reverse the curse" on the Dolphins' Super Bowl drought. The team, which is also owned by Ross, hasn't reached the game since 1984. Its last NFL championship was in 1974, when it won Super Bowl VIII, going back-to-back from its undefeated team in 1972.

Some real estate agents are hoping to unload luxury condos while well-heeled visitors are in town. The just-completed Ritz-Carlton Residences on Miami Beach — where units are listed for $2M to $40M — will host a by-invitation-only grand opening during Super Bowl week.

The property features 111 units and 15 villas on a waterfront — but not beachfront — slice of Miami Beach a bit removed from the hustle of South Beach. Residents can reserve the property's "house boat" (a 40-foot Frauscher motor yacht) for rides to dinner on the water, or to a "navigable marine helistop" — essentially a floating dock that a helicopter can land on — where they can transfer to the air.

"People say [the condo market] is bad, but it's not so bad," Freedman said. 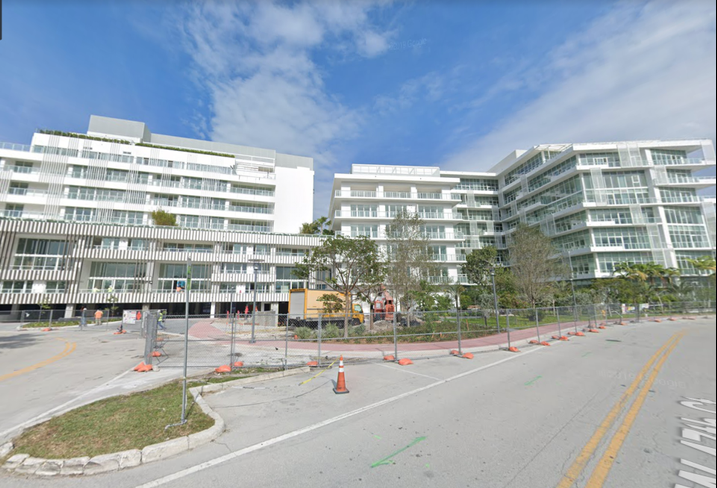 Google Maps
The Ritz-Carlton Residences in Miami Beach, during construction

According to Douglas Elliman's Q4 sales reports, for luxury condos on the Miami mainland, the median sales price fell 4% from last year to $780K; the average price-per-SF decreased 4.3% to $450 and the average days a condo spent on the market rose by 34 days over 2018, to 168.

Freedman said the Ritz-Carlton Residences are ideal for, say, a couple wanting to downsize from a $10M house and use the proceeds to buy two condos: one in New York and one in Miami.

Whether local governments and taxpayers will benefit from the Super Bowl is still a point of debate. The Miami Herald reported earlier that South Florida's municipal governments will kick in some $20M to host the game. That includes Miami-Dade County paying $4M to the Miami Dolphins, part of a subsidy agreement that was worked out when the team agreed to move its training facility and headquarters south, out of neighboring Broward County.

The Super Bowl Host Committee is a not-for-profit, volunteer-run entity that handles certain aspects of event coordination, and must agree to do so at no cost to the NFL. It raises money from private interests and coordinates with local governments for in-kind services like police, fire and event venues.

Barreto said his group helped coordinate a celebration at Marlins Park baseball stadium and an NFL Honors program at the Arsht Center.

"This is corporate America at its best," he said. "Companies are entertaining their No. 1 customers and top sales people. It's like an open checkbook for them."

Hosting is worth roughly $150M in publicity, Barreto said, adding that 4,500 media representatives from all over world will be in town and be able to share "how cool Miami is ... how vibrant."

"The challenge we have as the host committee is that the NFL has a wide berth of their own sponsors. It almost limits us where we can go," he said. "If they have Pepsi, we can't go get Coke."

Asked about how much municipalities had kicked in to host the game, Barreto said "we really don't talk about our financing."

Some experts dispute claims that the Super Bowl is an economic boon to host cities. Although cities commonly claim that a Super Bowl can trigger $300M to $500M in spending, sports economist Victor Matheson told The New York Times in 2018 that a Super Bowl can displace other conventions or tourists who might have otherwise filled hotel rooms.

Extra profit from jacked-up rates is likely to flow out of the host city to hotel companies' corporate headquarters. In Florida, game tickets are tax-exempt, per a 2010 state law, so the city, county and state don't collect any revenue from the millions in gate receipts.

South Florida has hosted the Super Bowl 11 times, most recently in 2010. Hard Rock Stadium has hosted the Miami Open tennis tournament, will host college football’s national championship game in 2021, and is likely to host a World Cup match in 2026.

Ross and the Miami Dolphins are currently trying to attract a Formula One race to Hard Rock Stadium. Ross has also hosted top foreign soccer teams at Hard Rock Stadium for the International Champions Cup. He is reportedly in talks with European soccer officials, threatening to end his assistance unless they devise an even more high-stakes tournament stateside.

CORRECTION, JAN. 23, 10:45 A.M. ET: Miami's Art Basel takes place annually in December, not June, as a previous version of this story stated. Art Basel in Switzerland happens in June. This story has been updated.