How Puerto Rico's Real Estate Can Bounce Back After Hurricane Maria

Puerto Rico has been in financial crisis for a decade, and Hurricane Maria has devastated the economy for at least the next few months. But tax incentives in the commonwealth are so prevalent, and property values so low, that they have been luring major investors the past few years. Those factors could help the island bounce back. 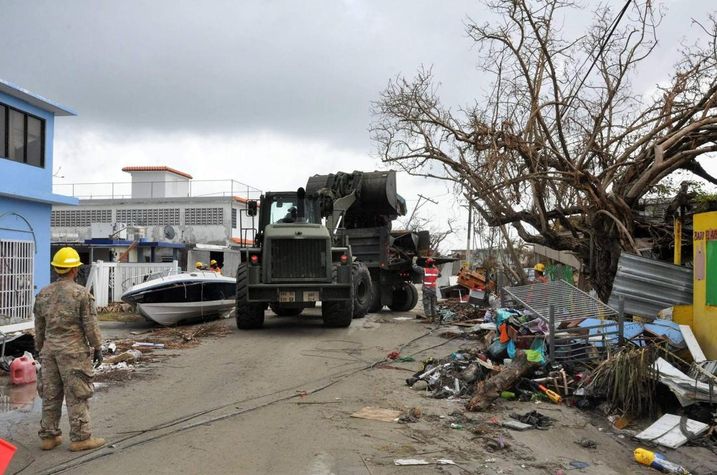 Over the past 10 years, Puerto Rico has grappled with $73B in debt, an economic recession and waves of financial mismanagement. Residents of the island have struggled to find work, and the government defaulted on payments and went into bankruptcy this spring. In the meantime, an estimated 10% of the population reportedly moved off the island.

Yet, amid the distress, a set of tax loopholes created in 2012 has attracted foreign investors and private bankers. Act 73 created loopholes for businesses acting as International Financial Entities. Act 20, the Export Services Act, entices certain businesses to relocate to Puerto Rico and export their services. Corporate profits are taxed at a flat 4%, and dividends paid from profits on exported services are 100% tax exempt to individual recipients. Act 22, the Individual Investors Act, provides complete tax exceptions on dividends, interest and capital gains for persons living half the year in Puerto Rico.

Calling it "the next Miami," Putnam Bridge Funding CEO Nicholas Prouty made nine-figure investments in Puerto Rico and relocated his family. Billionaire John Paulson bought a pair of hotels. By early 2016, three-bedroom houses near the beach were selling for $100K and outsiders moved in to pick up bargains. By this summer, Goldman Sachs and various hedge funds were buying distressed mortgages for pennies on the dollar.

Businesses hoped things would pick up. Puerto Rico Tourism Co. Executive Director José Izquierdo said during a Bisnow event earlier this year that the commonwealth was trying to boost tourism from 7% to 15% of the economy. The medical tourism sector was a bright spot, because Puerto Rico could offer procedures by U.S.-trained doctors, but with prices just 40% of what they would cost on the mainland. The Luis Fonsi/Daddy Yankee/Justin Bieber hit song "Despacito," unequivocally the song of the summer in the States, certainly put the island in everyone's mind. 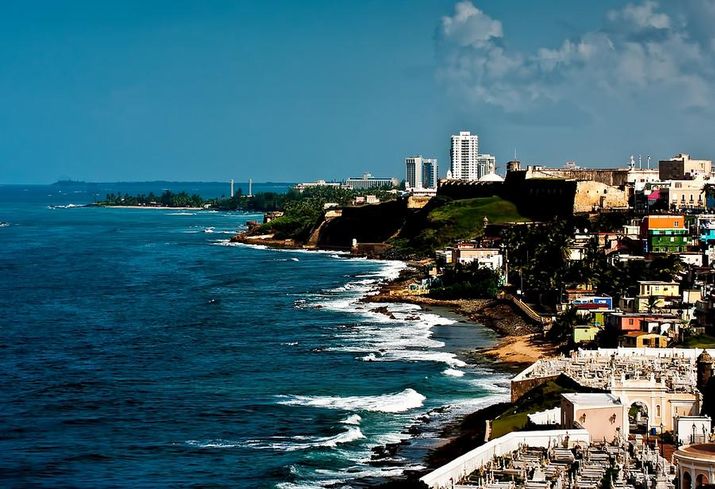 The storm devastated Puerto Rico when it made landfall two weeks ago. Ivan Zavala, past president of the Puerto Rico Association of Realtors, spoke to Bisnow yesterday, as Donald Trump was visiting the island and surveying damage firsthand.

But businesses like his, especially in San Juan, were beginning to buzz again, although many had water damage, he said. He was sharing his space and computers with neighbors who were not so fortunate.

Soon, though, “people will be starting to look at the opportunity,” he said.

Immediately following the storm, Zavala had predicted that Puerto Rico would lose $20B in real estate values. But yesterday, he sounded more optimistic.

“I think things will go again – business as usual,” Zavala said, with a caveat for the cities and towns that suffered extensive damage. “We will not be selling properties at the same pace as before Maria, but there is opportunity. There will be a huge demand in rentals. Some people lost property, lost commercial space. Most of them will start to look for rentals instead of buying, to start operations. They'll have to make repairs to properties.”

A conference on investing in Puerto Rico was supposed to be held this weekend but has been postponed. A spokesperson said the organizers hope to reschedule for December.

Rebuilding will likely be slow. Only about 50% of houses in the U.S. territory are covered by policies that protect against wind damage, the Wall Street Journal reported. The annual income in PR is $20K, a third of $59K average on the U.S. mainland.

Michael Ford is an Arkansas real estate agent who has done consulting work for a realtors' association in Puerto Rico for three years. He said that, before the hurricane,  investors began to buy property, particularly residential, in Puerto Rico as a value-add play.

"They would buy 20, 25 houses that need a little work, and put them in a rental program," Ford said. "Condo sales were on the rise from Americans — the pricing was down and flat from 10 to 12 years ago, so people were beginning to realize that Puerto Rico is still in the U.S., still is subject to the same banking laws as in Texas. Puerto Rico is a hidden jewel.

“I feel like the prognosis for commercial and residential is fairly bleak for the foreseeable future,” Ford said. “But the island is resilient. Those are individuals with high spirit. They'll buckle down and bring the island back to life.”

Ford said his consulting work consisted of restructuring the realtors' organization and working on some legislative issues. Several years ago, he said, the Puerto Rican government had been scrambling for cash, and passed a sales tax on real estate services such as closing fees, title work and commissions, raising it from 4% to 11.5%.

“That was a devastating act that was passed, but we were able to repeal 7% of that sales tax increase,” he said. Another legislative problem was that “property tax was not being collected on any consistent basis. Properties had not been revalued since 1957. Half of the people in Puerto Rico were not paying property taxes.”

When Gov. Ricardo Rossello assumed office this January, Ford said, he was looking for ways to generate revenue for the island.

“We got him to sit down and try to make this a fair and equitable tax system, instead of raising taxes on those already paying," Ford said.

Ford said his team has been working on blueprints with the governor and his staff to do a complete reform of the property tax system, but that would obviously be postponed until the island recovers.

Trump suspended the Jones Act, which regulates shipping, for 10 days but, Ford said it should be permanently lifted because it puts Puerto Rico at a competitive disadvantage with entities like the Virgin Islands.

“I suspect when transportation gets to where its easier to leave Puerto Rico, you'll see an ... influx of Puerto Ricans to the mainland, especially Florida and other areas where there is already an established Puerto Rican community,” Ford said.

In the meantime, Zavala was looking forward to the near future.

“December is high season. I think we can be up and running in December. Hopefully the tourism sector picks up,” Zavala said. “Once you come to Puerto Rico, you want to stay. People will know about Puerto Rico because of this and Despacito. Let's see what happens next."