Could Miami Get A Magnetic Levitation Train? 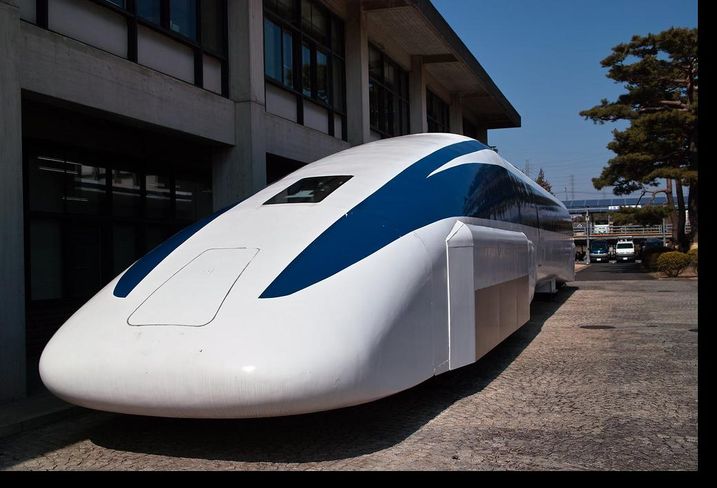 Many tourists don't realize this until they arrive, but Miami International Airport is located on the mainland of Florida, while Miami Beach is its own separate city, which technically lies on a barrier island. To get there, most people drive over one of several causeways (each about 3 miles long) that traverse Biscayne Bay.

You might think that linking the beach and downtown by rail would have been the first priority of transit authorities, but how to do it has been an ever-changing, decades-long puzzle that has cost millions of dollars in studies so far. And don't even bother asking about ferry service.

A new idea might be on the table: The casino company Genting has submitted an unsolicited proposal to build a transit line linking downtown and the beach over the MacArthur Causeway, the Miami Herald reports. Genting in 2011 bought the bayfront site where the Herald's former headquarters once stood and already has an agreement with Miami-Dade to take over the Omni Metromover stop, part of a deal to build a downtown hotel.

Genting's proposal has not been made public, but the Herald pointed out that former Miami Mayor Maurice A. Ferré registered to lobby for a magnetic-levitation rail line backed by the Chinese government. Magnetic levitation use magnets instead of steel wheels, so that the trains essentially float over the tracks. Without friction, they can travel hundreds of miles per hour. Ferré has brought Chinese officials to meet with South Florida leaders, and a delegation is set to visit Asia next month to see the technology in person.

Critics have said the plan would be costly, could pose a security threat, and could be obsolete by the time it is built, especially in the face of driverless cars and climate change.

There is also the whiff of special interests at work. Ferré's son has a stake in a company that could profit from maglev projects, and the Asia trip will be funded by taxpayers. Miami-Dade County Mayor Carlos Gimenez last year explored ideas for a "Personal Rapid Transit" pod-car project over Biscayne Bay and an experimental "trackless train" after a junket to Asia. Neither came to fruition.