“Don’t get too depressed," said Billy Grayson, the executive director of the Urban Land Institute’s Center for Sustainability and Economic Performance.

As Miami has become the poster child for the threat of climate change, residents may fantasize about abandoning the coast and running for the literal hills.

“You could say the same thing about New York or Hong Kong or Shenzhen or Boston,” Grayson told Bisnow. All are coastal cities facing major threats related to extreme weather and sea level rise. 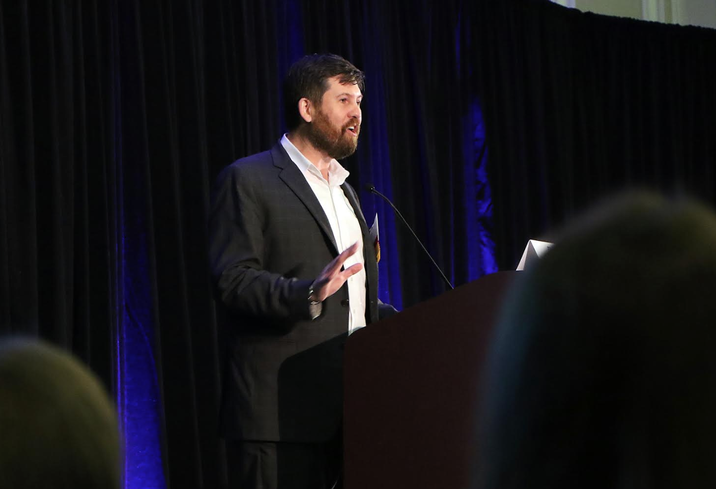 Courtesy of Hinshaw & Culbertson
Billy Grayson, executive director of the Urban Land Institute Center for Sustainability and Economic Performance, spoke at a Sea Level Rise conference in Miami in April 2019.

“They’re also exceptional places to live, work and play," Grayson said. "They’re good investments for the foreseeable future. People still want to be in the global centers of finance and real estate. It’s hard not to play in those markets.”

"Everybody loves to hate Miami for some reason," said Tiffany Troxler, director of science for the Sea Level Solutions Center at Florida International University. "What I have seen is that municipalities — not all of them, but the city of Miami and Miami Beach — are really taking this seriously and partaking in the activities to reduce risk in the long term.

"Unfortunately for some reason, that's not the message that gets out," she said. "Maybe it's not as glamorous as 'Miami is doomed.' The negative narrative prevails."

Grayson and Troxler were featured speakers earlier this month at a Miami Sea Level Rise conference sponsored by law firm Hinshaw & Culbertson, which is helping businesses anticipate and prepare for climate change effects. They suggested that as data improves and new regulations are formulated, risk can be priced more clearly. But South Florida governments are as responsive as any to the threat — which is a key factor in keeping the region economically stable.

Developers, lenders and insurance companies are watching how the different levels of government are going to regulate resiliency and remediation in the future, said Hinshaw partner Steve Cronig, who co-chaired the conference and is optimistic about Miami's ability to adapt.

"Difficult decisions remain ahead, but the goal of a long-term future for South Florida is achievable, even if the South Florida of 50 years from now looks a lot different than it does today,” Cronig said.

A recent report prepared by ULI and investor Heitman found that more than 24% of property value in the U.S. is in cities that are among the 10% most exposed to sea-level rise. That's more than $130B of real estate under threat.

Grayson told Bisnow that, for the report, they spoke to 25 of the largest institutional real estate investors and found that about two-thirds are starting to assess climate risks and factoring those into their business practices.

The ones who aren’t yet pricing in climate risks said that it’s a timing issue — they don’t think it will be a big threat during their holding period. Or, they think their debt underwriters will assume the risk, or that they are OK as long as they have insurance.

But in his own talks with underwriters and insurance executives, Grayson said they told him “Don’t count on us to protect you from these long-term risks.”

Because insurance is repriced every year, an insurer might at any time jack up rates or opt not to insure a property at all.

Privately, “investors are starting to look at assessing climate risk in their portfolios,” Grayson said. “They can mitigate at the asset level by hardening buildings, or at the portfolio level, hedge against risk by diversifying.”

He said that so far, he has heard of some investors factoring in risk so much that they price themselves out of deals. But as for turning away from entire geographic areas because of climate change fears, that is not happening yet, though one investor mentioned staying out of the Southwest, for fear that extremely hot temperatures —above 130 degrees — would compromise building materials and make it too hot for airplanes to land. 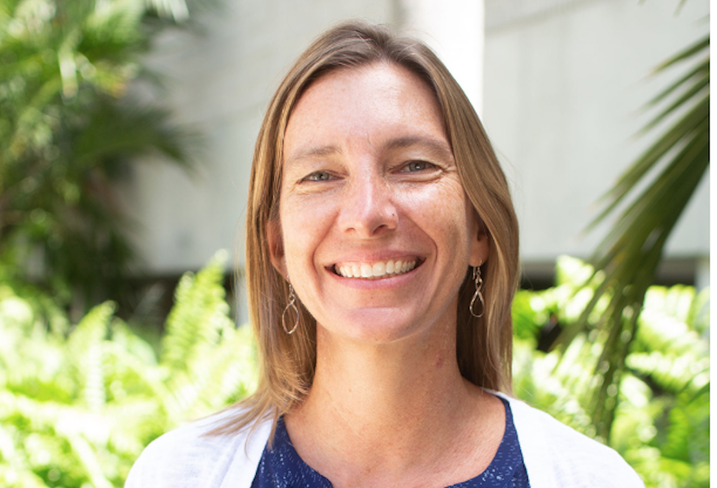 Miamians thinking they will pick up and go to, say, Nashville, should think again, Grayson said. It is experiencing major flooding. Toronto? The number of 100-degree days is expected to double in 30 years. The problem is global, not local.

In that respect, Miami is actually well-positioned, Grayson said, because the cities of Miami and Miami Beach are being proactive about installing pumps, raising roads, passing bonds, strengthening building codes and fortifying infrastructure. A recent Moody’s report said cities' bond ratings may be downgraded if they are not fortifying against climate change.

Troxler said mitigating against climate change has two parts: reducing carbon emissions so that the problem doesn't get worse and fortifying against the flooding that results from already-underway global warming.

The best things local governments can do are invest in public transit to get cars off the roads and partake in the National Flood Insurance Program's Community Rating System — a voluntary program that, by lowering insurance rates, incentivizes things like increasing open space or increasing the area where water can be stored.

"The multiple benefits of good flood-plain management are completely neglected," Troxler said. There are many existing structures around the country vulnerable to flood.

"We've been building in flood plains for decades in the sprit of economic development," she added. "Now that's sort of coming to a head."

She added that she is encouraged by her conversations with developers, who all seem interested in building resiliency into their projects.

"There are ways you can continue development with risk reduction," Troxler said, but stressed that developers should factor in adjustments regarding everything from utilities to emergency services.

She said a city and county joint effort called Resilient 305 is expected to release findings next month that will offer more concrete guidance for development.

So far, most companies and investors are being pretty quiet about their strategies for dealing with climate risks — either because it is still too abstract to pin down costs, or because “they don’t want to scare or shock the market into overreacting,” Grayson said.

One key question is whether real estate owners and developers, as they learn about impacts, will need to publicly disclose their plans. A global working group called the Financial Stability Board’s Task Force on Climate-related Financial Disclosures, led by former New York City Mayor Michael Bloomberg, is suggesting transparency, but only on a voluntary basis. Grayson said regulators could soon require more risk disclosures.

If temperatures rise 2 degrees Celsius, the world can continue as usual with some adjustment, Grayson said. But 4 more degrees, and it will be uninsurable. He said an ideal step toward keeping temperatures manageable would be a federal stimulus that drives hundreds of billions of dollars of investment in renewable energy.

“An 8% cut in greenhouse gas emissions is achievable with technology,” Grayson said. “If we have the political will.”