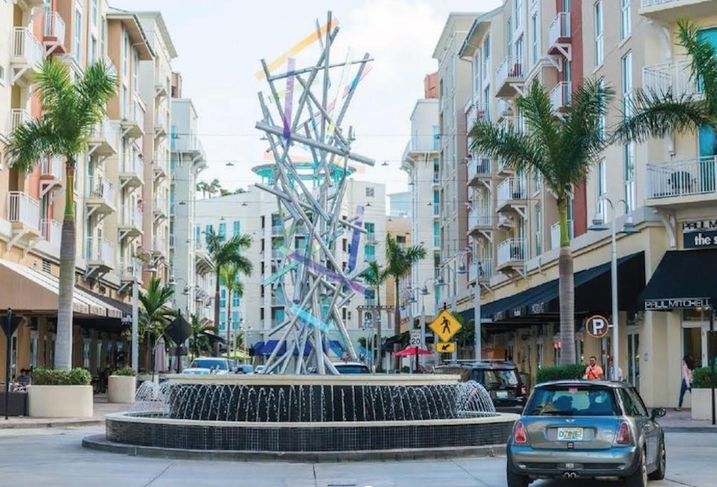 Whatever Miami shoppers need, they can probably find in the “Dadeland Golden Triangle," a special zoning district where three major roadways — U.S. Highway 1, Kendall Drive and the Palmetto Expressway — converge.

On one side is the Dadeland Mall, with standard mall tenants like Macy's and Nordstrom, and across from it is Downtown Dadeland, seven additional acres of retail and 460 condo units that went up in 2008. The latter sold this week for $78M.

Downtown Dadeland consists of seven buildings that hold 126K SF of ground-floor retail, the condos and 500-plus parking spaces. Tenants include West Elm and Chili's. The retail portion of the property is 97% leased, and several high-profile chefs, such as Michael Schwartz and Niven Patel, have recently opened concepts there.

Miami-based Midtown Capital Partners, led by Alejandro Velez and Alexander Saieh, is the buyer. The firm has spent $230M acquiring retail and office assets in South Florida over the past 18 months, according to The Real Deal. Pebb Capital and Duncan Hillsey Capital bought the property for $39M in 2014 and renovated it the following year.

The purchase of Downtown Dadeland was made with a $44.57M, 10-year loan from a life insurance company, arranged by Berkadia Commercial Mortgage Senior Director Brad Williamson and Senior Managing Director Mitch Sinberg.