Moishe Mana vs. The Wynwood BID

This week, Moishe Mana, one of Miami's largest landholders, has been circulating an online petition imploring people to "Save Wynwood," warning that some stakeholders want to stop nightlife in the district at 11 p.m.

At press time, it had over 22,000 signatures. He has called an "emergency meeting" next week to discuss the matter with city officials and says he wants to dismantle Wynwood's Business Improvement District, a municipal board made up mostly of property owners. Mana's attorney has a seat on the board.

The BID insists the alarm is "100% false" and that Mana is overreacting to his own operations having been shut down over code violations. The agency has called its own, competing emergency meeting. 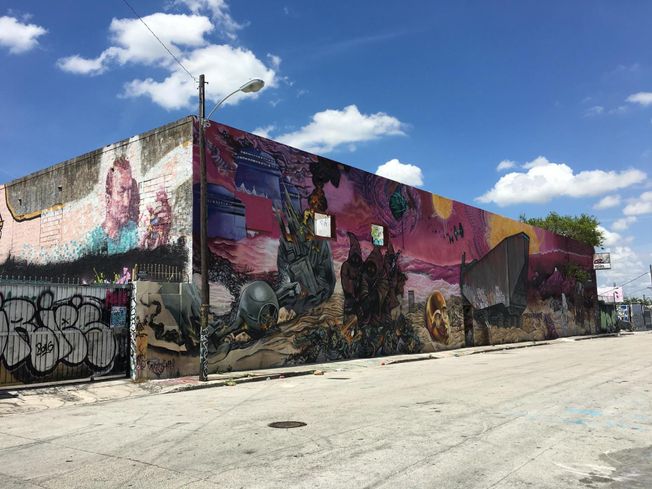 Mana, who has invested hundreds of millions of dollars in real estate in Downtown Miami and Wynwood, told Bisnow via email that the #SaveWynwood campaign includes other business operators as well, and is an effort to keep Wynwood an arts and entertainment district. Mana says his properties host affordable and inclusive events, while other developers want to lure a moneyed crowd to their high-end projects.

"We are adamantly opposed to any attempt, in favor of short-term profits, to sanitize the factors that make Wynwood unique," he wrote. "Many neighborhoods in Miami have fallen victim to irresponsible development that does not respect the character and spirit that made the area unique in the first place."

A press release said the Mana team was "consistently institutionally discriminated" against.

In an email, a spokesperson for the BID said that Mana's operating a "disinformation campaign" and that there is no plan to to stop nightlife at 11 p.m.

Mana said he hopes to see the BID dismantled and replaced by a more inclusive board. He said he refuses to further acknowledge the entity.

In 2016, Mana won approval to develop 10M SF of his land in Wynwood, including two 24-story towers, via a Special Area Plan, but has so far developed it only minimally.

The 6-acre "Mana Wynwood" campus includes the Mana Wynwood Convention Center (with a 100K SF event hall and a 40K SF sound stadium hall), a former RC Cola plant (which has 90K SF of open space and 44K of covered space) and several undeveloped lots. The spaces are used for special events, food trucks and pop-up markets, including the popular Wynwood Marketplace, some produced with event company Swarm. Richard Branson is scheduled to speak at a conference at Mana Wynwood this week.

The temporary nature of some of the operations, however, upset neighbors, including retailers paying high prices for brick-and-mortar spaces and developers of new apartment buildings, hotels and offices.

Long-simmering tensions were made public last week when a local blogger published a trove of public records showing that members of the BID have for months formally complained about events on Mana's property having violated code. Last week, the city enforced a city noise ordinance and shut down the Wynwood Marketplace and said it could not have music past 11 p.m.

Mana responded by sending texts to the BID's executive director, Manny Gozalez, whose role is a city employee position, threatening to have him removed from his post. He accused the neighborhood police commander of siding with the BID, texting, "We will take all possible steps to keep u out of our nieghbourhood." He accused the commander of having said Mana's events do not bring "the right crowd."

Mana began sharing a petition on his Instagram and called for a meeting at Mana Wynwood at 4 p.m. March 3.

The police commander said in a statement to the BID that the law would continue to be enforced equally and fairly.

Gonzalez asked the city for whistleblower protection, writing that if Miami had enforced code violations years ago, "we would not have to go through this '100% false' campaign that anyone wants to close Wynwood at 11." He described Mana's complaints as "a smokescreen to cause chaos to hide the fact of all of the illegal activities that have been ignored and have been rightfully enforced." 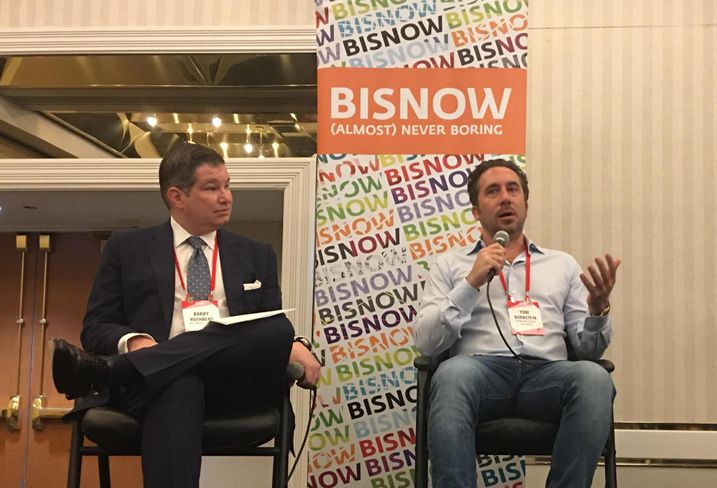 The BID put out a statement last night saying, "We want to make it very clear: the Wynwood BID has never 'proposed' closing nightlife venues, or any type of bonafide businesses for that matter, in our neighborhood at 11pm. To the contrary, we are opposed to an 11pm closure. In fact, over the past several years, the BID has and continues to be the strongest advocate working on behalf of our restaurants, bars and nightlife venues to ensure that the City of Miami Commission extends alcohol hours until 5am in Wynwood on an annual basis during Art Week, New Year’s and Music Week, as well as last month’s Super Bowl."

Mana told Bisnow that because areas like South Beach have been exploited by business interests and become expensive, Wynwood is the only affordable entertainment destination in the city. 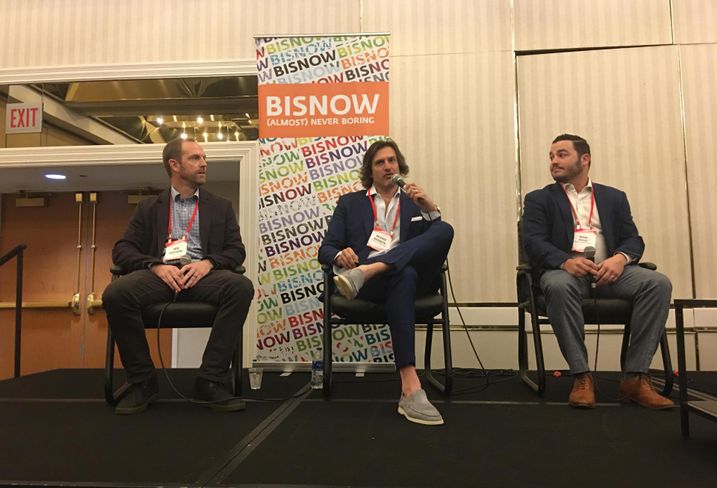 "The only type that the [BID] has consistently served, without fail, are developers focused on luxury residential real-estate construction," he wrote. "We have seen irresponsible development ruin the character and spirit of many neighborhoods in Miami, and we refuse to allow these actors to spoil the factors that made Wynwood unique in the first place."

"Only in this neighborhood of Miami do pieces of land have more opportunity to choose their elected representatives than human beings.... It was ill-conceived to allow this property owner advocacy organization to have any legitimacy, in fact or in name. We refuse to further legitimize their existence by acknowledging them. We wish each of them the best of luck in their future endeavors, and thank them for the service they have done in furtherance of Wynwood’s future," he wrote.

The has BID called for its own "special, emergency meeting" March 3 at 9 a.m. at The Light Box at Goldman Warehouse.

Miami Mayor Francis Suarez did not respond to a request for comment. 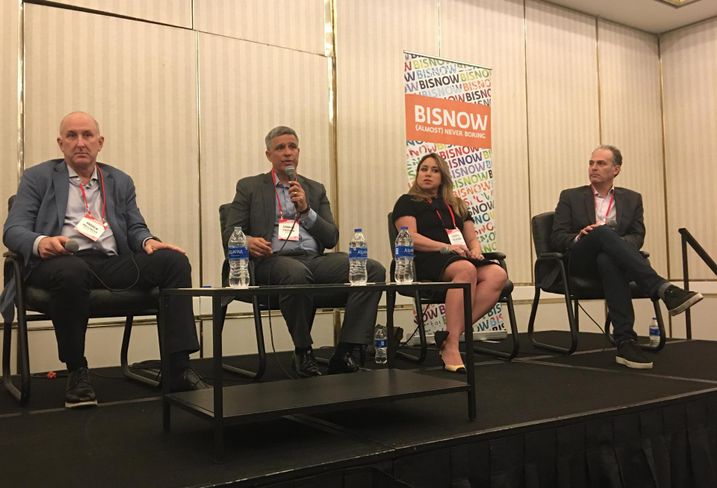 The conflict has overshadowed other happenings in the neighborhood. At Bisnow's Future of Wynwood and Allapattah event Feb. 19, other developers described additional plans for the neighborhood.

Wynwood Equity Partners President Yoni Bornstein talked about his plans to develop "Wynwood Norte," the area north of 29th Street, where his team has assembled 31 parcels that have been rezoned for 220 residential units and retail, Bernstein said at the event. His team has since bought three more sites there and intends to "really bring Main Street back to life. Right now, there's no reason for people to go past 29th Street and we're going to change that."

Residents in that part of the city, anticipating gentrification, have already organized and hired their own planner to guide the redevelopment process.

Other panelists discussed how Property Markets Group is experimenting with co-living and rent-by-the bedroom formats, Sterling Bay is building modern offices, and Lagunitas Brewery is coming to the neighborhood.

Tricera Capital Managing Partner Scott Sherman, who has a joint venture with Related Group in Wynwood, predicted the conflict between Mana and the BID would blow over and said that in terms of development, the neighborhood is "in the third inning."