Plantation, in western Broward County, is textbook suburbia. When people hype the city, they talk about its tree-lined streets, its nice single-family houses and especially its proximity to highways. 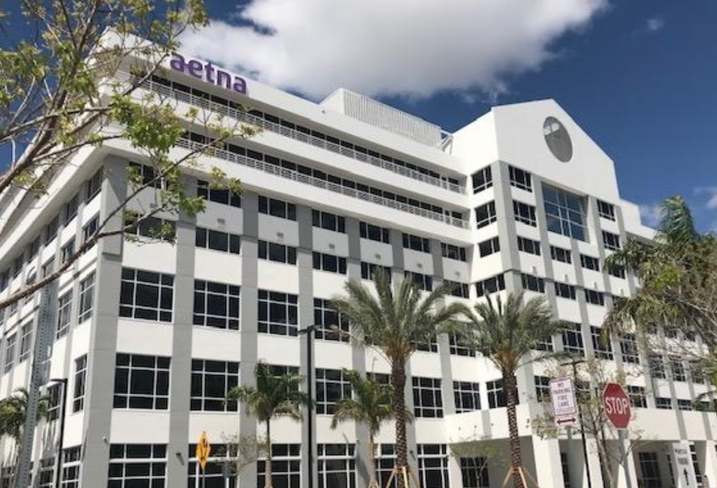 Developer Art Falcone has a plan to lure Plantation residents out of their McMansions and their CPA offices and onto a walkable Main Street-style live/work/play destination: his $350M mixed-used development called Plantation Walk.

Falcone's Encore Capital Management announced this week that the 177K SF office building opened, and its first tenant, Aetna, moved into 85K SF. The healthcare company moved to Plantation Walk from its previous office in Sunrise.

The property is being professionally managed by JLL’s Bill Davis. Leasing is being handled by Newmark Knight Frank Senior Managing Director Jay Adams.

A 263-room Sheraton is already on the site. In January, construction began on 171 apartments. When complete, Plantation Walk will have 700 rental units and 180K SF of retail alongside the office building.

Falcone is one of South Florida's most recognizable developers, who has had success in everything from fast-food and hotel franchising to single-family homebuilding to broadband communications. He is a partner in the $3B Miami Worldcenter development currently underway in Downtown Miami.