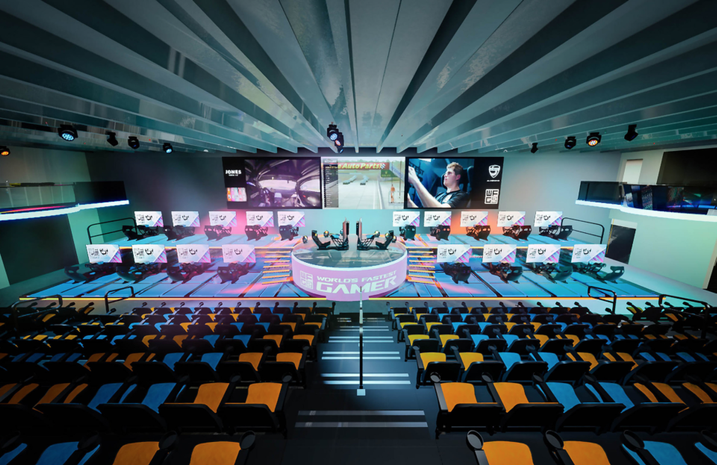 Move over, Indianapolis. Miami is getting the world’s first esports racing arena.

“Miami has so much enthusiasm for cars,” Millennial Esports President and CEO Darren Cox said during an esports conference in Miami last week, according to VentureBeat. “We are in the middle of two huge industries: esports and gaming.”

The facility will be located on Northwest 25th Street, the Miami Herald reports. It will seat 300 and have 30 racing simulators, which can be used for entertainment and to train professional race car drivers. The company says it has secured $2.8M in private construction financing to complete a build-out. Millennial Esports counts Formula 1 superstars Rubens Barrichello and Juan Pablo Montoya as investors and advisers.

But Miami is just the starting line.

"Our goals are for this arena to be the first of many located around the world,” Cox said in the company’s announcement. “These centers will hold major local and international competitions, be used for both amateur and professional driver training and also stage major corporate events.”

Millennial Esports is buying a majority stake in the simulator company Allinsports, which was founded in 2008 by former F1 engineer Anton Stipinovich and already has a training facility in Coral Gables.

"U.S. motor racing, South American motor racing, everybody wants to come to Miami,” Stipinovich said in Millennial Esports’ announcement. “It's an excellent location, and there are moves to host a Formula 1 race here. It's really just a showcase for us to show off the first of many different arenas."

Gaming companies have been trying to draw players and spectators out of their homes to capitalize on the billion-dollar esports industry. A $10M esports stadium in Arlington, Texas, is the country’s biggest, featuring a state-of-the-art broadcast studio and an 85-foot-long LED wall.

In Los Angeles, Blizzard Entertainment transformed a 15K SF TV studio into a gaming arena, and in Las Vegas, Allied Esports opened the 30K SF HyperX Esports Arena inside the Luxor Hotel and Casino. In Philadelphia, a $50M, 3,500-capacity ground-up project called Fusion Arena is underway. Colleges and universities are also getting in on the trend.