Will Miami Marlins Finally Build Youth Academy That Was Promised In 2007? 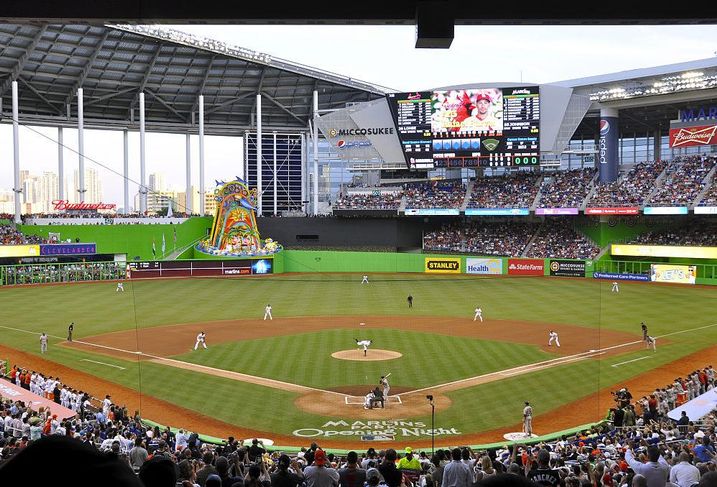 Twelve years ago, when the Miami Marlins — then called the Florida Marlins — were angling for public subsidies for a new baseball stadium, one of the selling points was that they would build a youth academy where urban kids ages 7 through 18 could play and train for free.

Major League Baseball had established one Urban Youth Academy in Compton, California, in 2006, and this was to be the second. The MLB pledged $3.2M toward it.

Well, the Marlins got their public financing: Taxpayers are now on the hook for $3B for a stadium that had the lowest attendance in the National League last year. Owner Jeffrey Loria in 2017 sold the team for $1.2B and walked away without sharing any profits with the city or county (which are now suing him).

No youth academy was ever developed, even though a dozen other cities now have them completed or underway. But now comes a report that the Marlins, under newish ownership, might finally make good on their promise.

Then-Marlins President David Samson said at a 2008 Miami-Dade County meeting that a youth academy "located in the city of Hialeah would teach baseball and life skills." Then-MLB President Bob DePuy also spoke at the meeting about developing a Hialeah academy.

For all the talk, building a youth academy was not made a condition of the stadium contract. Marlins Park opened in 2012, but talk of an academy faded. As time passed, one small newspaper — Miami Today News — remembered to keep asking the status of it. In a recent column, Editor/Publisher Michael Lewis rounded up the promises made throughout the years:

“Basically, it will be an extension of our community outreach,” the Marlins’ P.J. Loyello told us in 2009.

“We have an architect already designing the facility so the project is moving along,” league spokesman Steven Arocho told us later in 2012.

“We will be ready to go once land is acquired and an agreement is finalized,” league executive Darrell Miller told us in 2013.

Shortly after former Yankee Derek Jeter and a group of investors bought the team in 2017, Jeter became almost as much of a public enemy as Loria as he traded away the team's best young players and let go of some longtime staff. Lewis has suggested that delivering a youth academy would restore some much-needed goodwill between the team and Miami residents. Jeter started his Turn 2 Foundation to help kids when he was just a 22-year-old shortstop.

Now talk of a youth academy is bubbling up again. Marlins Senior Vice President of Strategy and Development Adam Jones said on stage during a Miami Chamber of Commerce event in mid-January that Jeter’s front office considers it a top priority, according to Miami Today.

Jones told Lewis the organization is in talks with government agencies about the academy, and Miami Mayor Francis Suarez confirmed the talks. The question remains: Is all this just more empty Marlins promises, or is it really time for action?

Marlins Vice President of Communications and Broadcasting Jason Latimer told Bisnow only, "We will not have any additional comment at this time, regarding this topic."

"I always give people the benefit of the doubt," Lewis said. "They sounded serious."