The last undeveloped parcel of oceanfront land in Miami Beach has traded hands. The 0.98-acre lot sold for $40M — just about $1K per SF — in an off-market deal. 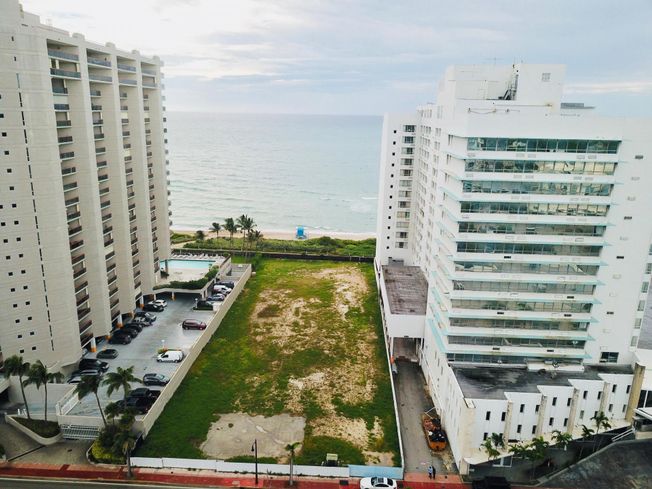 APEX
This patch of land — the last vacant beachfront lot in Miami Beach — sold for $40M in August 2019.

Miami-based brokerage APEX Capital Realty announced the sale Monday. The property is located at 6747 Collins Ave., in between the Deauville Beach Resort and Sterling Condominiums in the neighborhood known as North Beach.

Developer Don Peebles had bought the land for $4.6M in 2010 and planned to build a boutique luxury condo called Bath Club Estates, but reportedly pulled out after deciding the site was too small. China City Construction Co. bought it from the Peebles Corp. in 2015 for $38.5M and had floated plans for a 21-story condo tower.

Now, CCCC has sold it to Urbanica Management for $40M. Urbanica, which already has two hotels on South Beach, intends to build another one, with 200 rooms with restaurants and bars.

American Da Tang catered to Chinese clients, trying to lure them to Miami with EB-5 investments. CCCC — a subsidiary of China's Ministry of Housing and Urban-Rural Development — had also bought a prime site in Brickell where it intended to build twin towers designed by Arquitectonica, but has since abandoned the project and run into litigation over it.

"Although the property was not listed on the market, we knew Urbanica had a strong appetite for beachfront developable sites like this, so we transformed it into an opportune time for the owner to sell and presented an offer they couldn’t refuse," Stefano Santoro, an APEX Capital Realty senior investment adviser, said of the sale.