Another Linear Park Is Spurring Development, This Time In Miami

In Miami, TOD stands for trail-oriented development, as a newly designated linear urban park is spurring building along its path.

Ludlam Park, a corridor that had been intended for railway operations but went unused, was designated public space last year. Developers are now jumping ahead with projects — but meeting some resistance along the way. 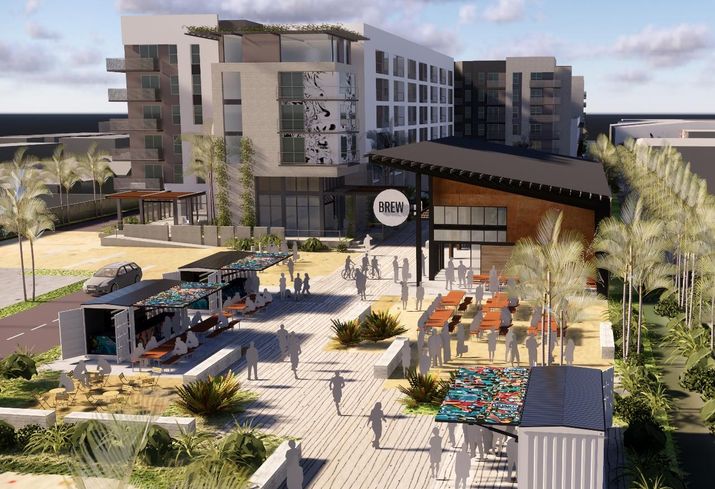 The 6.2-mile linear park will run between Dadeland Mall and Miami International Airport, near 69th Avenue. Henry Flagler’s Florida East Coast Railway had initially staked out the property decades ago. But as it went unused, a coalition called Friends of Ludlam Trail, largely made up of bike and pedestrian advocates, lobbied the county for years to buy the land for public use.

Following dozens of studies, the county finally made the purchase last December, for $24.6M, using grants from the Florida Department of Transportation and road impact fees. An estimated $94M is needed to do some environmental cleanup and maintenance along the trail before it can open officially.

For $36M, ZOM Living, Scout Capital Partners and Mattoni Group acquired several trail-adjacent parcels from Florida East Coast Industries, which owned the rail line. Their joint venture will build approximately 950 apartments and 35K SF of retail, including a brewery, in six- to eight-story buildings where the trail meets Bird Road.

Nearby, Altman Cos. and BBX Capital Corp. have proposed Altis Ludlam, with 312 apartments and 8K SF of retail.

“The Ludlam Trail will impact Miami in the same manner that the Atlanta BeltLine has transformed Midtown Atlanta and the Katy Trail has influenced Dallas," Scout Capital Partners founder Vincent Signorello said in a statement.

But some owners of single-family homes complained about the increased density. Miami Mayor Francis Suarez told the Miami Herald they resisted developing the park into anything more than a grassy trail.

In March, Anthony Garcia, co-founder of the Friends of Ludlam Trail, wrote in an op-ed that building should not be allowed until a master plan is created.

"At every point during the negotiation process for this project, Friends of Ludlam Trail has been assured that there will be time to develop and vet a design for the corridor, in much the same way we do for other public spaces, yet that is not happening," he wrote. "Developers are ramming through their buildings, and the trail, without a strategy for how their small stretch of trail will connect to the larger vision, and without any coordination with the community."

The Ludlam Trail connects five schools, four parks, three waterways and two transit stations. Miami-Dade County has plans to eventually create a 225-mile trail network called the Miami Loop, which, in addition to Ludlam, would connect the Miami River Greenway (along both sides of the 5.5-mile Miami River), Perimeter Trail (envisioned to go around Miami International Airport) and the Underline, an under-construction linear park that will run under 10 miles of of the elevated Metrorail train line.