What It Took To Build Zaha Hadid's Miami Tower

Architect and developer Louis Birdman has worked on about 80 condominium projects around the country, but few are as high-profile as 1000 Museum, the downtown Miami condo designed by famed architect Zaha Hadid, known for projects such as the London Olympic Aquatic Centre and the Guangzhou Opera House. 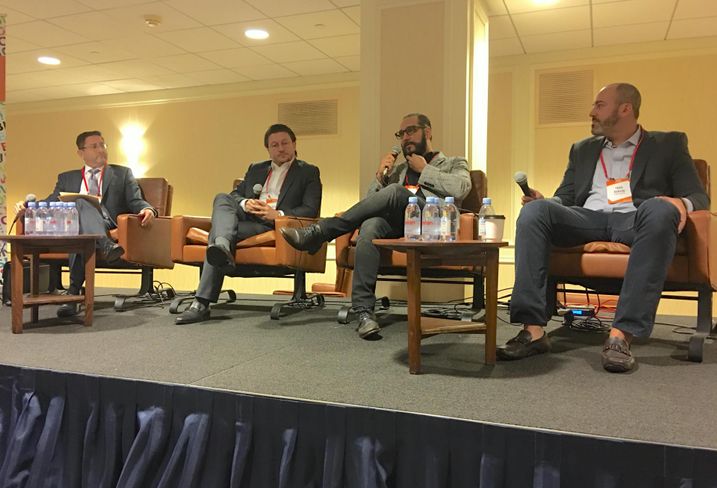 One Thousand Museum, sometimes called the Scorpion Tower, was the only residential skyscraper Hadid designed in the U.S. It was the focus of an episode of Impossible Builds on PBS. Hadid died of a heart attack while in Miami Beach in 2016.

The 62-story building, where units start at $5.8M and go up to $24M, was finished this summer. A Greek food importer and the head of an Italian investment firm are reportedly among the early residents. Amenities include a private, rooftop helipad; an indoor-outdoor wellness center with a gym, yoga facilities and a juice bar; a bank vault; and a multimedia theater.

Speaking at Bisnow's South Florida Construction and Development event last week, Birdman said that he took on the ambitious luxury project partly because tackling out-of-the-box challenges keeps him interested in his work. The cost of property in land-constrained South Florida also incentivizes developers to build high-end product for which they can charge a premium and turn a profit. 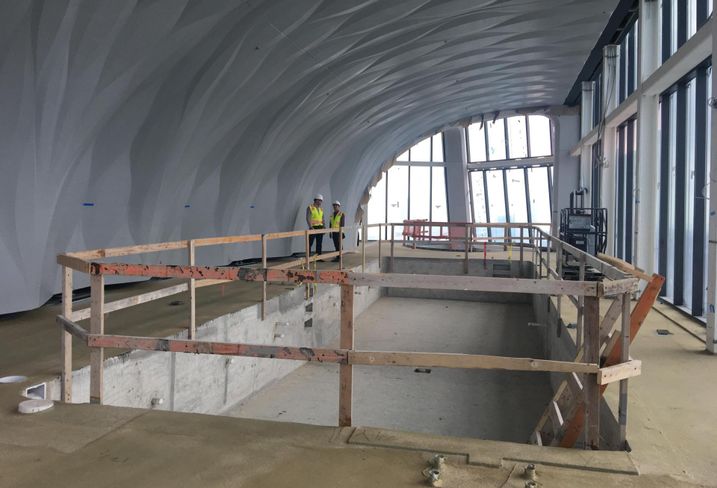 Bisnow/Deirdra Funcheon
Workers at One Thousand Museum build a pool on an upper floor.

For decades, the area had buzzed with financial workers during the day but mostly emptied at night, with homeless people bedding down across vacant parking lots. Over the past real estate cycle, though, dozens of developers have taken a chance on trying to revitalize the area.

The massive $3B Miami Worldcenter is currently under construction. A new regional train, Brightline/Virgin Trains USA, began operating about two years ago out of a shiny new train station. A new art museum and science museum were built overlooking Biscayne Bay.

Birdman and his co-developers bought a 1-acre infill site on the main drag, Biscayne Boulevard, across from the museums and a park. It could have accommodated 500 units, with about 1.2M SF as of right. But Birdman's team opted to build just under 1M SF and keep the building to only 84 spacious units, some whole floors and some half-floors.

"It was sort of the antithesis of what was typically done in downtown, where everyone's trying to cram in as many units as they can on the smallest piece of land," Birdman said.

Working with an architect from a foreign country, "there was not a lot of opportunities to value-engineer things," Birdman said. "The way that our arrangement was structured with [Hadid's] office, they really had pretty much total control over design-related issues. We had to have them form a JV with a local firm. So it was a true JV, but all design decisions really were generated out of London."

Locals made up the engineering team, he said. The most recognizable feature of the building is its exoskeleton.

"When you look at the exterior structure  the columns that you see from the outside, they were actually formed with a technology that had never been used before for a high-rise structure, which was a precast glass-fiber-reinforced concrete panel that was used as leave-in-place formwork," Birdman said. "Those components were actually manufactured from the architect's 3D model in Dubai. There were about 4,600 or 4,700 pieces that weighed between 2,000 and 5,000 pounds each. They were shipped here in shipping containers — several hundred containers." 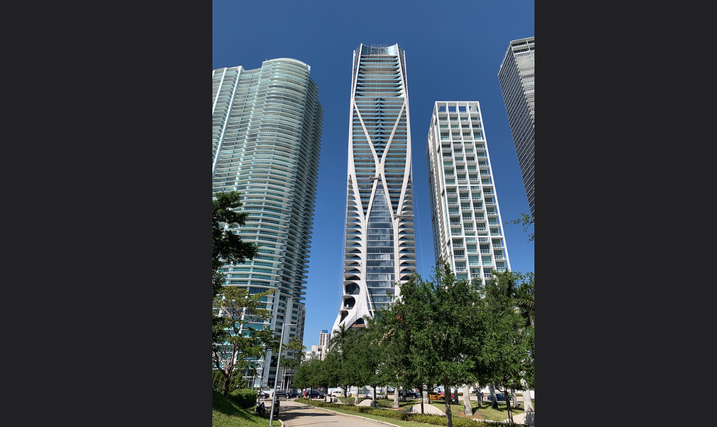 Birdman said it took about two years of work to manufacture them and deal with shipping and logistics, which included gathering the pieces in a yard west of downtown, then transporting them to a different yard closer to the site.

"The precast panels that were used as the formwork actually started on the 15th floor, as the lower portion of the building was being formed conventionally, in reinforced concrete," Birdman said. "We needed to do that in order to get enough time to be able to manufacture all these panels in advance of when we would need them, so that as we were basically building a building where you're trying to pour a floor every, you know, seven or eight days, you have all these panels that you need there. We wanted to have 10 floors worth of panels in advance, so it took us over a year to manufacture all those panels for when we would eventually need them. And then we had to come back and clad the whole lower portion of the building with those panels." 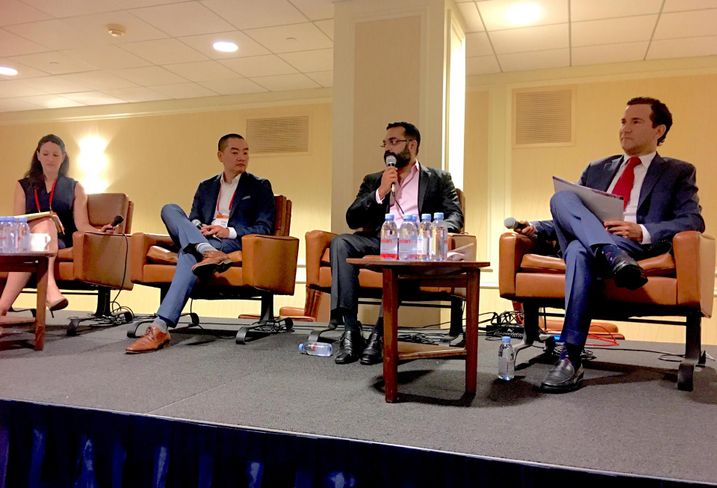 Amazingly, he said only three were damaged and unusable and only two didn't fit. The end result, Birdman said, was a unique finish on the outside of the building.

"We were able to get shapes, curves and angles that we would not have been able to do conventionally with concrete."

As exciting as it was to build, Birdman sounded relieved to have the project in the books.

"It was a long construction duration," he said. "The schedule ran about six months longer than we would've liked it to. Not really unanticipated, but, you know, things drag on because of all the difficulties in coordinating it. But it was definitely a very interesting experience and I wouldn't mind doing something like that again — but probably do it a little bit different."