But because of holdups building a stadium in Miami, the team was ready to begin play in Fort Lauderdale, 34 miles north. It was about to host its first game against the LA Galaxy in March when the coronavirus derailed the season. 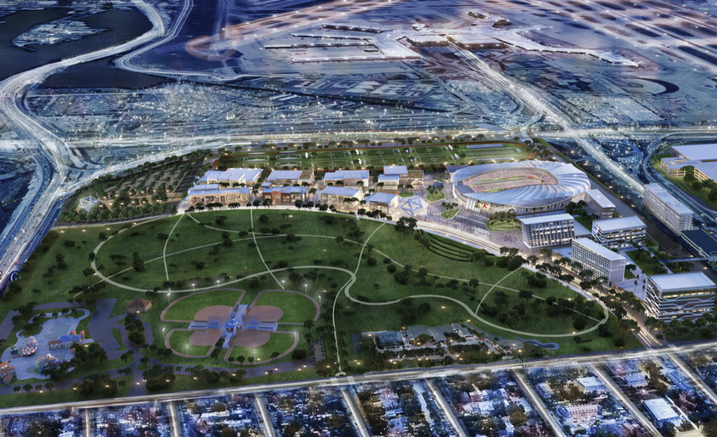 But their push for a stadium in Miami proper goes on: Last week, team owners, via the entity Miami Freedom Park, along with the city of Miami, submitted an application for a Special Area Plan, which would allow them to deviate from the city’s zoning code to master-plan the acreage they want to lease.

The SAP is likely to trigger a lawsuit from a local attorney, David Winker, who has already sued twice, albeit unsuccessfully, to stop the Miami stadium project.

Iris Escarra, Greenberg Traurig's Miami chair of land development and zoning practice, an attorney who represents Miami Freedom Park, said during a phone call with Bisnow Wednesday that she couldn't pinpoint how long it would take to get a stadium built — "The timing is really unknown," she said — but the team would soon begin public outreach regarding the SAP.

Tuesday, Winker said in an interview he was was awaiting public records from the city.

"As soon as I can get some f**king facts, I'm going to file a lawsuit," he said.

The 18,000-seat Fort Lauderdale site is slated to remain Inter Miami’s training facility permanently, yet Inter Miami’s owners still want a 25,000-seat stadium in Miami for the team's 18 annual pro matches, along with a billion-dollar major retail complex with at least 1M SF of art, entertainment, restaurants and bars, offices, shops and a hotel/conference center with at least 750 rooms. 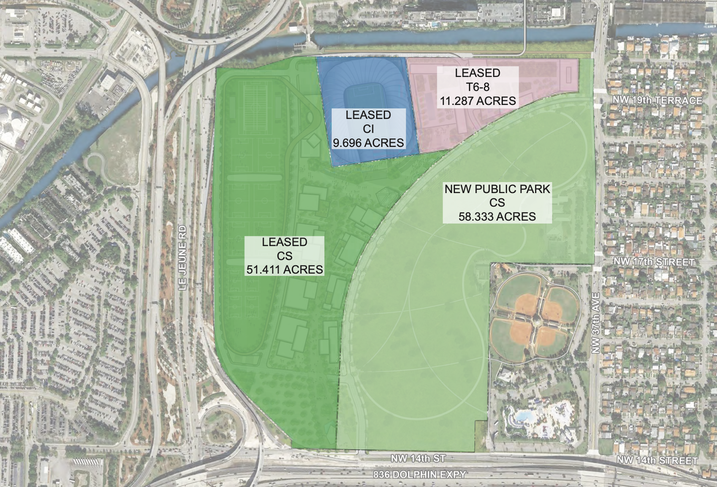 In a 2018 referendum, voters allowed the city to waive its own requirement for competitive bidding, and to move ahead and negotiate a ground lease and master development agreement with the soccer team.

The SAP application says the project reflects the will of the voters.

“Miami has long been a soccer loving City and the MFP SAP is the appropriate process to construct the Stadium and ancillary development to ensure the success of the soccer franchise,” it says.

Beckham’s business partners include SoftBank founder Masa Son and CEO Marcelo Claure (who is also the chairman of WeWork), and Jorge and Jose Mas, the chairman and CEO, respectively, of MasTec, an infrastructure construction firm. They have emphasized that Miami Freedom Park will be mostly privately funded and not seek city tax dollars (but could seek state and federal incentives) and that it will pay market-rate rent to the city.

Critics, however, have complained that contiguous green space will disappear and that the lease still amounts to a giveaway for the developers.

"The lease on the golf course is set to expire next year in 2021, so the city would be doing something eventually," Escarra said.

Appraisals were done when the issue went on the ballot in 2018, and the city commission has hired counsel that is conducting fresh appraisals, which will be made public as part of the process, she said.

Special Area Plans allow developers who control 9 acres or more to deviate from Miami 21, the city’s zoning plan. SAPs have been used to develop major projects like Brickell City Centre and Miami Worldcenter, but critics say such megaprojects change the character of neighborhoods and gentrify areas, thus pricing out existing residents.

This January, Miami’s Planning, Zoning and Appeals Board recommended discontinuing SAPs. The city commission would have to decide that — it is currently planning a review of the entire Miami 21 code.

Renderings of Miami Freedom Park included in the SAP application show a soccer village, a tech hub, a parking garage with soccer pitches on top, a bike path, 5,400 parking spots and a pedestrian bridge connecting to mass transit systems. Because Miami has a policy of no net loss of parks, about 20 acres across the city would have to be identified to build new parkland.

Though the team is taking over 73 acres, the 51 acres zoned for civic space allows for uses such as restaurants, so only the acreage being zoned for stadium and offices needs to be compensated for with new parkland, Escarra said.

The application quotes sections of Miami 21 code and the team's proposals to cut, tweak or override its regulations. Some elements that are typically allowed only by warrant would now be allowed by-right. Miami 21 says that if its code conflicts with another, "the most restrictive, or that imposing the higher standard, shall govern."

The SAP application instead says that if there is a conflict, its provisions would govern. Escarra said that is standard language.

The application would also grant the developers unlimited, by-right sports and entertainment events. It calls for reducing requirements for public art, and says that “stadium and sports logos shall be considered Art.” Escarra said only logos without words will count as art, and that this is proposed because the team wants to use it as a unifying design element. "Herons are beautiful," and also fierce hunters, Escarra said of the logo (The team is currently in a trademark dispute with Inter Milan over its name).

No residential is proposed on the site, even though demand for office and retail is uncertain in the aftermath of the coronavirus pandemic.

Marketing materials for Miami Freedom Park emphasize that the project will contribute $42.7M in annual tax revenue, pay the city of Miami a minimum of $3.5M in annual lease payments, and create 13,935 construction jobs and 1,795 permanent jobs. 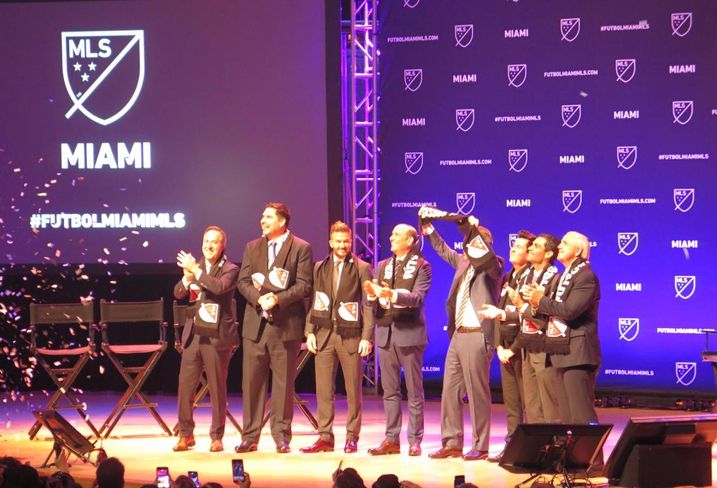 Winker has already fought the team by suing, filing an ethics complaint and representing a competing soccer group that had wanted the Fort Lauderdale site. Winker has argued that the city cannot be a co-applicant and that while the 2018 referendum amended one section of the city charter, under another section, Miami Freedom Park should be considered a unified development project and, as such, should require competitive bidding.

"What more of a public bid [could there be] than the voters?" Escarra asked. "The voters voted for it. It's the quintessential public voice when voters go to the polls to vote on something."

Earlier this year, Winker pointed out that a city commissioner had appointed Escarra, who lobbies for 69 clients, to sit on the committee that would recommend changes to Miami 21, a potential conflict of interest.

Escarra said she was appointed to the board because it specifically called for land-use attorneys, that the matter is being reviewed by ethics officials.

Winker said he has fought the stadium proposals of his own volition. “No one is paying me,” he said. He said he’s not out to personally attack individual lawyers or politicians but feels that the city often abrogates its responsibility to get the best deal for residents and taxpayers.

“I’m a business lawyer and I’m a capitalist,” he said. “Developers have a fiduciary duty to maximize profit. These are not charities. That's their legal duty — they’re answerable to shareholders and their job is to make money.”

But often, he said, the city bends too easily to the will of developers without negotiating hard enough or standing up for residents. That’s what he sees himself doing.

As for David Beckham, he finally bought a home, a $24M condo, in Miami this spring. Inter Miami restarts its MLS season July 8. Because of the coronavirus, though, that will be hundreds of miles north of Miami, at Walt Disney World.