The Florida Senate is set to vote Wednesday on the biggest expansion of the state highway network since the mid-1950s: the addition of three major toll roads through largely rural parts of the state. 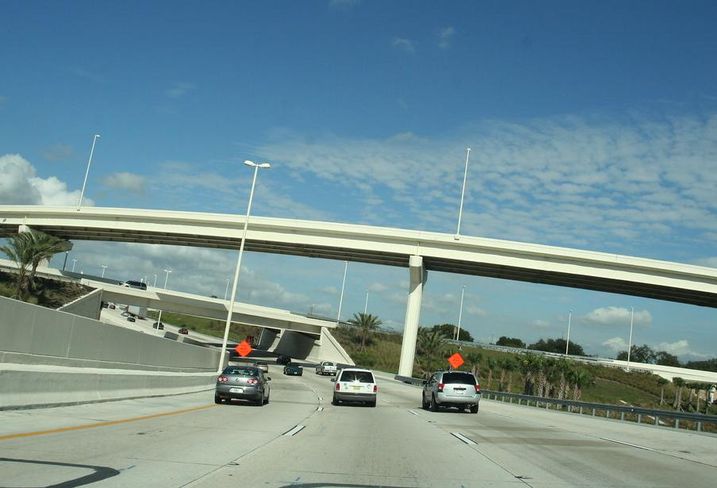 Road builders and contractors have pushed the measure, Senate Bill 7068, with help from Senate President Bill Galvano. It is expected to pass, and its companion bill is moving through the House. But environmentalists and city planners fear the proposed roads will bring more sprawl and forever destroy wildlife habitat and waters.

Under the proposal, the Suncoast Parkway in Tampa, now about 60 miles long, would be lengthened by 150 miles to the Georgia state line. The Turnpike would be extended by 30 miles, connecting the Suncoast Parkway to Interstate 75. And a new road, formerly proposed as the Heartland Parkway — and vetoed by prior governors — would stretch from Polk County to Collier County, near Fort Myers.

Conservation nonprofit 1000 Friends of Florida warned that despite being toll roads, these new highways would not pay for themselves.

“The bill authorizes FDOT to borrow billions of dollars to develop these expressways, even if FDOT determines that these roads will not generate enough income to make the annual payments due on that borrowing for 30 years,” the group wrote in its opposition.

FDOT projected in 2014 that Florida would grow by 37%, nearly 10 million new residents, by 2040, and tourism is also expected to grow. Those influxes will clog already-strained roads, truckers and port operators say. Other highway boosters say the new roads will bring jobs to rural residents. They could also benefit major landowners in North Florida.

But opponents say road construction jobs would only be temporary and argue that transportation dollars would be better spent easing congestion in urban areas. The South Florida Wildlands Association also warned that the new highways would ruin critical habitats for bears and panthers and threaten wetlands that are needed to recharge drinking aquifers.

“This is a fight for the future of Florida — and whether it will be sustainable and allow wildlife a place to live among its growing human population — or whether it goes in the opposite direction of more sprawl — and more destroyed, degraded, and fragmented habitat,” SFWA posted on its Facebook page.