Development is catching up with Dania Beach, a once-sleepy city between Fort Lauderdale to the north and Miami to the south. Antique shops and mom-and-pop restaurants have been joined in recent years by a new casino and the under-construction $800M mixed-use project Dania Pointe. Coming soon: a total redevelopment of the city center. 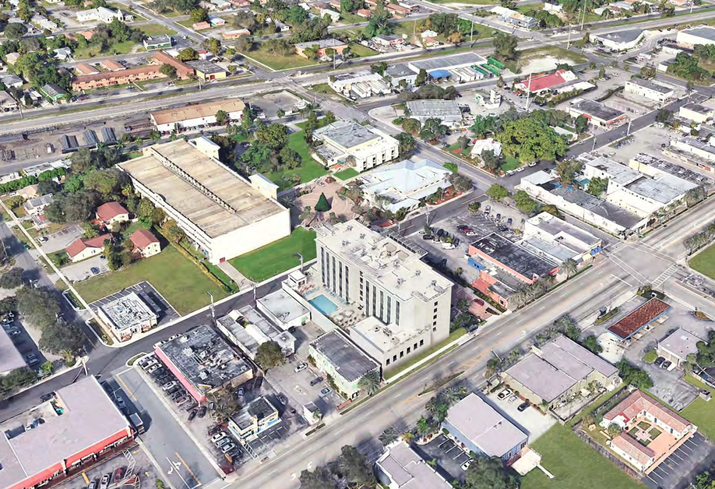 The milestone came after an eight-month bid process that started when the commission entered into an agreement in December with the Dania Beach Community Redevelopment Agency and Colliers International South Florida for real estate services. They sought bids for a public-private partnership for a mixed-use development on 6.42 acres of city-owned land valued at $12.3M at 100 West Dania Beach Blvd., currently home to City Hall, a fire station, two historic buildings and a 440-space parking garage.

According to Armada Hoffler's proposal, they would develop The First at Dania Beach — "a Catalyst for Entrepreneurs, Artists and for a Cultural Renaissance." The project is estimated to cost $634.2M.

Armada Hoffler would redevelop the property in three phases, building five 14-story apartment buildings, two nine-story office buildings and a 150-room hotel. City Hall would be demolished and rebuilt, housing new city offices, a library, a women's club and the chamber of commerce all in one building. A parking garage would be expanded by two stories, and two historic buildings would be relocated.

Armada Hoffler would lease the government buildings back to the city for 20 to 30 years and ultimately turn them back over to the city. The city would give the developers a lease for $1 a year. The REIT would also purchase some land needed for private development.

Armada Hoffler proposed that the yearly lease rate for the municipal building and parking garage improvements "be between $1.03M and $1.33M depending on the final terms and conditions ... The annual lease rates for the Fire Station is expected to be $151K and $180K." 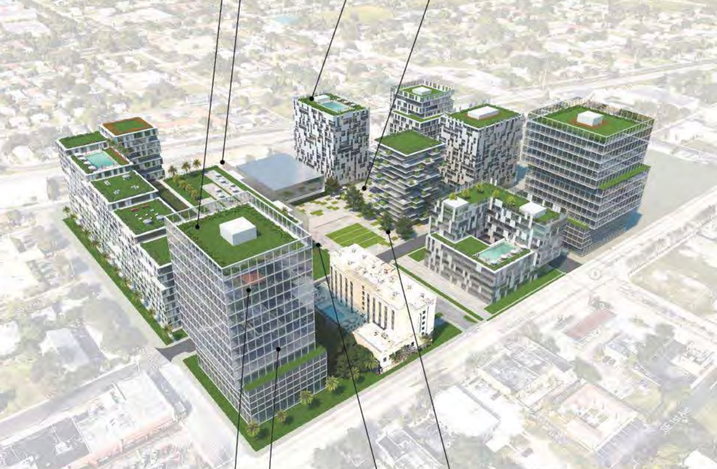 At last night's city commission meeting, Kevin Greiner, a development planner with the FIU Metropolitan Center who sat on the evaluation committee, called it "a potentially transformative project for Dania Beach" and said that "the financial deal proposed to the city is excellent for the city ... the economics are extremely exceptional from the city's perspective."

Planners had spent months getting input from a community charrette and developer focus group, he said. Housing would be 100% for middle income earners, and the project would include performance space and an option to eventually connect to Tri-Rail Rail's Coastal Link, he said.

One resident complained that citizens hadn't been well-informed about the proposal.

"It smells fishy to me. I'm not sure who on the board is colluding," the man said, insisting that current residents didn't want an influx of thousands of new residents and cars.

Various speakers stressed that the site was just a first step and that the particulars could be tweaked and decided upon in the coming months and years. Ultimately, the commission approved a resolution allowing the city manager to establish a negotiating team to move forward and negotiate with Armada Hoffler and Capital Group.