Florida's Indian River County has for years been battling a new, privately run train. Now, the county will ask the U.S. Supreme Court to decide whether $2.7B in tax-exempt private activity bonds were issued illegally to raise funds for it.

The train — today called Brightline, but being rebranded as Virgin Trains USA — already runs between Miami and West Palm Beach, and there are plans for it to expand to Orlando and Tampa. 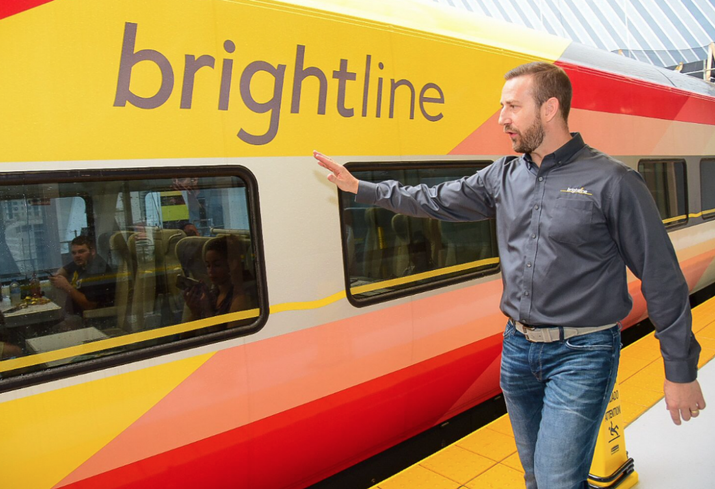 After being built and advertised as a high-speed train, actual ridership has been less than half of initial projections. The train is adding new stops in Aventura and Boca Raton this year, which will slow it down and also compete with a lower-cost public train service, Tri-Rail.

Brightline has been lauded for smooth, comfortable, luxury service, but also criticized over profitability and safety issues. More than 40 people have died on the tracks, with many of those deaths ruled suicides. A Virgin Trains USA IPO planned for last February was scuttled.

The train has faced strong resistance and several lawsuits from residents of Florida's Treasure Coast, north of Palm Beach, where trains would pass through but not stop. There, residents have complained about safety, environmental concerns and the local taxpayers' responsibility for costs of maintaining crossings.

Indian River County sued the U.S. Department of Transportation and the Federal Railroad Administration in federal court, alleging that $2.7B in tax-exempt private activity bonds were issued wrongly, partially because the project isn't a “qualified highway or surface freight transfer facility,” a condition of qualifying for the bonds. The matter was also debated in congressional hearings. Florida Gov. Ron DeSantis opposed the bonds when he was a congressman.

But both a federal court and a federal appeals court in Washington ruled that the bonds were permissible. After having spent more than $3M fighting the case, the Indian River County Commission voted 4-1 in January to end further appeals.

But now, a group of residents organizing under the banner of the nonprofit Alliance for Safe Trains say they have been advised that they have a reasonable chance for the appeal to be considered by the U.S. Supreme Court, TCPalm reports.

Between 20 and 30 residents committed to raising $200K in private money for the county to pursue its case, the group's leader, local resident Jack Preschlack told TCPalm. The county commission voted Tuesday to proceed with the suit using private funding. The county could also use a remaining $400K it had previously allocated for legal fees if the Supreme Court takes the case.

Virgin Trains is a subsidiary of private Fortress Investment Group LLC. Grupo Mexico in 2017 bought the FEC Railway from Fortress, and runs freight — including hazardous liquid natural gas — on the tracks.

Critics of Brightline have theorized that if the passenger service fails, a Fortress subsidiary will still have made money on real estate deals surrounding the train tracks, and Grupo Mexico would benefit from expanded tracks, but bondholders could be left holding the debt.

Brightline has said it is planning to meet a goal of 2.9 million riders by 2021. With Virgin launching a cruise line out of Miami this year, and growing its hotel chain, tourists could soon shuttle back and forth between Disney World, where a station is planned, and Miami. (A hyperloop has been floated, too.)

Brightline President Patrick Goddard has emphasized the need to get Americans out of cars and predicted that in 10 years, Virgin Trains would connect four or five medium-haul corridors, such as Charlotte to Atlanta, Houston to Dallas or Chicago to St. Louis.