Goldman Properties' Joe Furst Is Starting His Own Company

Goldman Properties Managing Director Joseph Furst dropped some big news Wednedsay at Bisnow's Evolution of Wynwood event: He is leaving his role at Goldman to start his own development company. 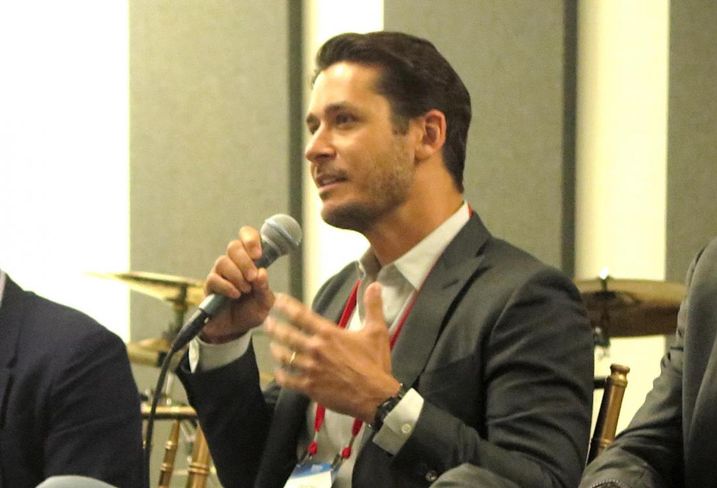 Bisnow/Deirdra Funcheon
Joe Furst announced that he is leaving his job as managing director of Goldman Properties to branch out on his own.

Furst is also the chair of Wynwood's Business Improvement District and has been instrumental in the neighborhood's evolution over the past decade.

The late developer Tony Goldman was famous for tapping into arts and culture to renew urban neighborhoods: SoHo in New York City, Center City in Philadelphia and Miami Beach. Later, Goldman, who died in 2012, turned his focus to Wynwood, an industrial/warehouse area that soon became a canvas for street artists, then a tourist destination and thriving commercial neighborhood.

"About 10 and half years ago, I went on a quest to get hired for a job at Goldman. I penned a letter every year to Tony Goldman," Furst said during the panel. Witnessing the excitement in Wynwood, "I'd never been turned on by something like that before — at least not professionally."

As managing director for Goldman, Furst oversaw everything from development to marketing for its Wynwood portfolio: 30-plus properties, consisting of approximately 215K SF of buildings and 400K SF of land. Furst said that as an independent developer, he would continue to be a leader in Wynwood's evolution.

After the event, Furst clarified that while he will be giving up his job as a Goldman employee, the new arrangement will allow him to be a partner in the company's Wynwood projects while also pursuing his own, and he will remain chairman of the BID.

Furst said that specifics of his transition are still being worked out and it will be a while before he is ready to announce any new deals. However, he did mention one non-Goldman venture: working with Chicago-based Sterling Bay on a new office project.

Furst stressed his gratitude toward Goldman, saying he learned how powerful it was to work with a passionate team toward a shared goal.

"When we opened the first restaurant, Joey's, everyone was saying, 'This is never going to work,'" he said.

It did, though, and scores of establishments followed.

"That showed me the power of our collective thought and the power of trying to lead through example, and how much more you can achieve through commonality, together," Furst said.