All the luxury condos filling up Miami's skylines can't quite cover up the ever-present sex appeal of the city that gave us Miami Vice, 2 Live Crew, Pitbull and so much in between. Miami's old mayor regularly stripped down for bodybuilding competitions, and our new mayor loves to show off his CrossFit routine. 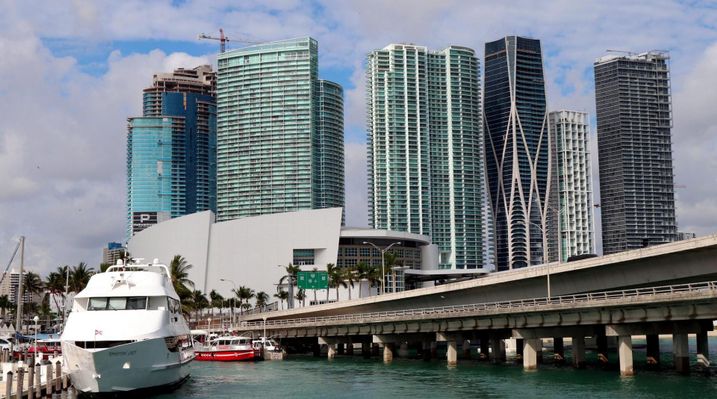 The company announced on Twitter it had made a $10M-per-year offer to Myles Gallagher of Cleveland-based Superlative Group, which is handling the sponsorship deal. Days later, BangBros executive Cullen McRae told a Miami Heat blog that the company is even willing to increase that offer. The company already bought the domain name BangBrosCenter.com.

"Both the Heat and Bangbros have become staples of the city, with huge fans of each. It doesn't get much more Miami than having the arena sponsored by Bangbros," the company said in its initial announcement.

The Heat had been in control of the naming rights until last year, when the county exercised its right to take them over, according to Superlative.

"The existing arena deal costs Miami-Dade about $5.5M in annual subsidies, and the county receives almost no revenue from the $2M that American pays the Heat each year," the group wrote. Any new deal is expected to fetch $6M per year or more.

Critics pooh-poohed the idea of BangBros taking over, especially since sports games and concerts are supposed to be family-friendly events.

The county, which has decency rules in place that might have to be worked around to approve the deal, will have the final say. Oddsmakers have chimed in: BetOnline calculated that the odds of the change happening are at +1000, or 10-to-1.