As we navigate through the coronavirus crisis, KAR Properties CEO Shahab Karmely cautions people about one thing: being too cautious.

"Some of the great real estate fortunes of today were built right after the global financial crisis," he said on a Bisnow webinar Thursday. "I was like a deer in headlights in 2008, 2009, asking my mommy where my safety blanket was." 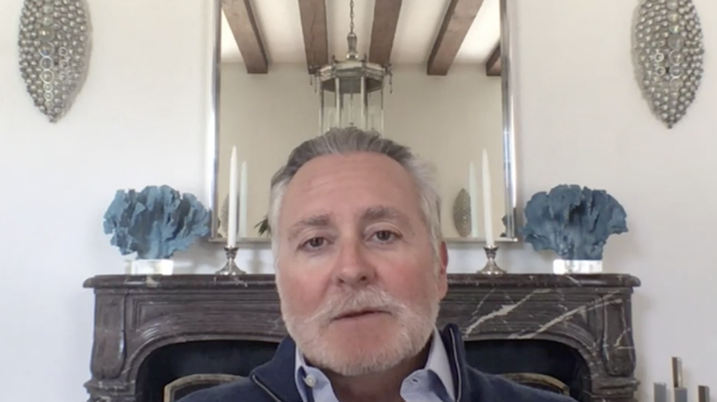 This time around, Karmely isn't staying in a defensive position. In conversations with investors or bankers, he's spending about 20% of his time putting out feelers for potential acquisitions or partnerships, he said.

"If there's a special situation, a deal to be made, if you would like to offload at an attractive price, we're there. We're buying," he said. "It's not Chicken Little here, the sky is falling, let's go in the bunker ... Not to make money off someone else's misfortune, but if there's a good opportunity."

The native of Iran has lived in Bangkok, London, Milan, New York, LA and Frankfurt, developing projects like furniture showrooms and lofts in New York while also building up holdings for his KAR Properties in gateway cities around the world, eventually managing a 2M SF portfolio. By 2010 or 2012, he let go of his safety blanket and started making moves again. Put off by New York prices, he turned to Miami.

"The same product is 15 cents on the dollar in Miami versus New York," he said. "I've come to realize the lifestyle in Miami exceeds New York. In terms of cities at this point, I would take Miami over New York."

In "swashbuckling fashion," Karmely bought over $100M of real estate — in cash — in Hallandale, Wynwood and along the Miami River, reportedly backed by billionaire hedge funder Daniel Loeb. Karmely began developing luxury residential projects One River Point on the Miami River and 2000 Ocean in Hallandale Beach.

Karmely thinks of developers like film producers: They should create a narrative and hire "a cast" of architects, landscape designers and branding experts who can all work together harmoniously and shine in their particular roles.

His end goal in the luxury space is to give buyers "a sense of arrival," achieved by paying close attention to everything from the scent in the elevators to the tactility of materials, he said.

Karmely said the coronavirus has only put a temporary crimp in his plans. Most of his tenants paid rent in April, and though a few might be "playing games," he said, most were transparent.

As the crisis dawned, his team totaled up its exposure.

He assigned one staffer to track and disseminate information about grants and loans for them every day. For tenants such as restaurants that were forced to close, Karmely's attitude was: "Take a holiday, come back in three months and we'll work out something."

In turn, KAR "paid every one of our lenders" in April, he said. "We are not asking forbearance on any loans. We'll look at collections in May and take it case by case, lender by lender."

He said the process of negotiation has been surprisingly civil and cooperative, as opposed to 2008, when lenders told him, "You're on your own."

"It has not been as bare knuckles as it was 10 years ago, when it was like MMA cage fighting," he said.

In the long term, Karmely doesn't predict too much damage in the real estate market outside of hospitality.

"There's going to be a culling of the herd in the condo market," he said, but that was due anyway, since Miami has been flooded with new product.

He was hopeful that prices wouldn't drop precipitously.

"The numbers and the data do not support the extreme action that has been taken," he said. "Life is managed risk. This is another risk we have to manage."