Move over, scooters. Revel, a moped-sharing company that has operated in New York for more than a year and is concluding a pilot program in Washington, D.C., is poised to enter the market in Austin and Miami. 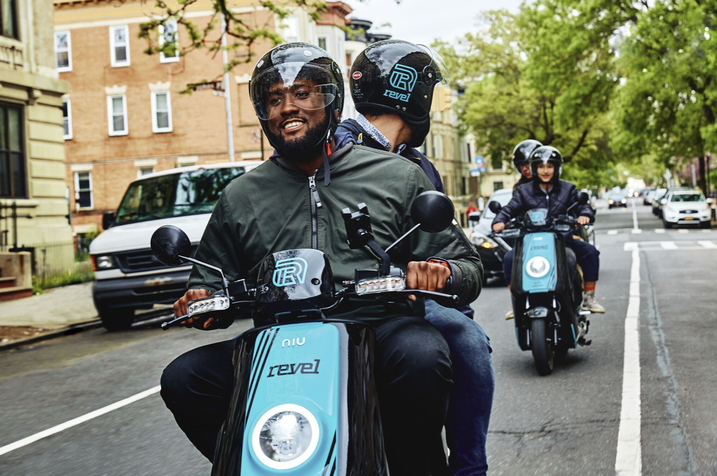 Revel's co-founder, Paul Suhey, last week gave a presentation to the Miami Parking Authority's board of directors, which moved to negotiate a concession agreement with the company for up to 750 two-person electric mopeds, Miami Today News reports. The city had issued a request for proposals and chose Revel out of three companies that responded.

The Chinese-made mopeds travel up to 30 miles an hour. Riders would need to pay a $19 application fee and upload a selfie to match their driver's license in order to use the mopeds, which count as motor vehicles and must travel on streets. Rides cost $1 per person, plus $0.25 per minute while riding and $0.10 per minute while parked. The mopeds would be available between Coconut Grove and Little Haiti. Employees would collect and charge the lithium-ion batteries several times per week.

Another company, Dashee, already has 120 mopeds on the streets of Miami Beach. The service launched in April, the first of its kind in the state. Dashee's mopeds are free to unlock, and cost $0.17 per minute, or $8 per hour. For both Revel and Dashee, rides have to begin and end in approved zones, and riders must wear helmets that come with the vehicles. Similar companies have been tried in San Francisco, Atlanta, India and France.

Even though South Florida's public transit and traffic are among the worst in the country, mobility companies have struggled. Car2Go, a car-sharing company, partnered with Miami's parking authority, but left the city in 2016. Other car-sharing ventures have attempted to gain ground.

On Miami Beach, officials have been debating whether to extend a relationship with Citi Bike. Scooters remain on many streets — in fact, Helbiz just launched a two-month pilot program — but according to NBC, Miami fire officials logged more than 105 e-scooter-related incidents in an eight-month period, with one fatality. The cities of Hollywood and Fort Lauderdale have enacted bans.

In Miami — whose wild streets have famously inspired Grand Theft Auto, The Fast and the Furious, and this guy  — insurance will cost Revel 40% more than its other locales.