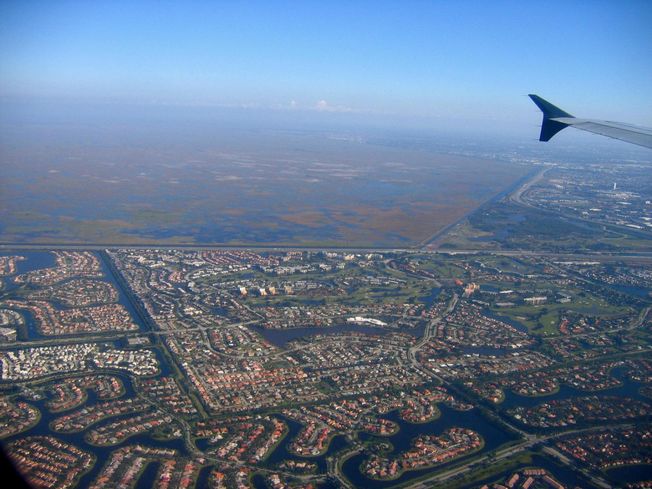 Florida's Bert Harris Act, passed in 1995, allows property owners to seek compensation if a municipality changes its zoning or land use regulations and the land loses resale value. A bill that would tweak that law, improving the process for property owners, is now making its way through the state legislature.

Critics say it could be a disaster for local governments and taxpayers, exposing them to massive financial liability and hampering their ability to adjust how properties may be used.

An analysis prepared for the Senate's rules committee described an instance of a Hollywood developer in 2002 buying land to build a 15-story condo after confirming zoning regulations with the planning and zoning director. However, when nearby residents opposed the project, the city reduced height limits to 65 feet. (The developer sued under the Bert Harris Act but lost on appeal in 2018 because it had never filed a formal application to develop the property.)

In Venice, an effort to combine two parcels for the construction of some 1,300 homes failed to pass the city council, but last week, as a Bert Harris lawsuit loomed, the council rescinded and changed its vote.

Jay Daigneault, a lawyer who represents several beach communities, told the Tampa Bay Times an amendment to the Bert Harris Act now being proposed in the state legislature — as House Bill 519 and its companion Senate Bill 1766 — would be "a nuclear bomb to local regulation of land use.”

The bill would make it easier for property owners to make claims under the Bert Harris Act. Initially, the wording would have allowed for any compensation or settlement under the Harris Act to apply to other properties “similarly situated,” thus exposing governments to massive judgments. That provision has since been removed from the Senate version of the bill.

"Nonetheless, very damaging provisions remaining in both bills that reduce the time for governments to respond to Harris claims from 150 to 90 days, increase the likelihood of governments paying the property owners' attorney fees, and make such challenges easier to bring," activist group 1000 Friends of Florida stated. "The House version of the bill was worsened through an amendment to include making attorney fees recoverable for property owners but not local governments and negating the requirement that magistrates overseeing claims be certified mediators."

The analysis prepared for the Senate committee said that if passed, the bill would facilitate compensation for property owners, but local governments would "likely exercise caution when imposing new rules" and that "more claims will likely be submitted."