An apartment for $147 per month? In Miami? Sharon Gregory couldn't believe it either — and she was moving in. 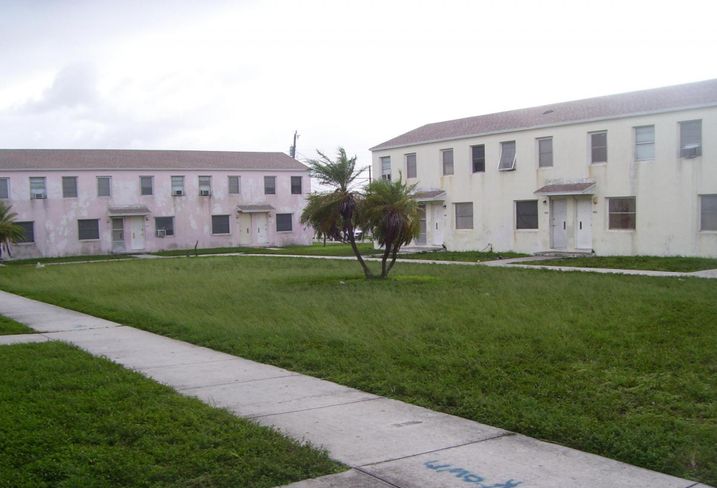 Gregory is one of the people awarded a one-bedroom unit at Liberty Square, a housing project built in the 1930s that is undergoing a $300M renovation. Phase 1 opened this week at Northwest 15th Avenue and 67th Street.

The housing project, known locally as "Pork N Beans" and referenced in the Oscar-winning movie Moonlight, has been a trouble spot for the city. In seven months in 2014, 43 people in a 13-square-block area around it were shot, seven fatally. The violence prompted city leaders to commit to redeveloping the site.

Related Urban Development Group was selected as the developer. The company secured a $23.1M construction loan and $16M in Low Income Housing Tax Credits from Bank of America for the project, according to WLRN.

Related offered a community benefits package of scholarships for students and apprenticeships for local businesses, as well as making 20% of its construction jobs go to Section 3 public housing residents, amounting to 1,100 jobs, WLRN reported. Seventy-five percent of post-construction will be set aside for Section 3 residents, an estimated 250 jobs.

Housing and Urban Development Secretary Ben Carson was on hand for the ribbon-cutting.

"As a surgeon, I have a special skill with a scalpel, so I’m especially happy to return here to help cut a ribbon … with precision," he said.

Seventy-three of the 204 units in Phase 1 of the Liberty Square Rising plan are set aside for public housing, and all 54 families that were on the site at the start of construction are set to return, Carson said.

"The other 150 units are being leased to families of all income levels who are part of Miami-Dade County’s workforce, creating an inclusive, mixed-income community," he said. "The $3.5M that HUD invested into Phase 1 leveraged a total development cost of $46.5M, a ratio of 13.2 to 1."