Finding an affordable rental is hard enough, especially for anyone with a intellectual or developmental disability like autism or Down syndrome. 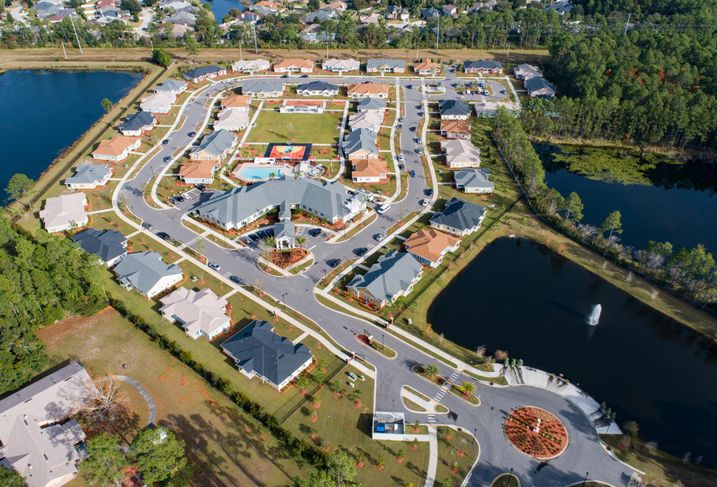 Courtesy of Casa Familia
Casa Familia is using the ARC Village in Jacksonville as a model for its Miami project.

About 80% of such individuals will never be able to hold jobs. They live on an average of $771 per month from Social Security, which means they can't afford the average apartment in many U.S. cities — in Miami, the average one-bedroom costs $1,191 a month. Instead they live with parents or relatives. As they age, those parents wonder: How will my child survive when I am gone?

In Miami-Dade, eight families whose loved one have IDDs banded together to create a nonprofit called Casa Familia to try to find a housing solution. This year, they were awarded $15M in federal tax credits and a $4M grant for capital funding by a unanimous vote from the Florida Housing Finance Corp. Board.

Now, with affordable housing developer AP Communities, Casa Familia is moving forward on designing and building a 50-unit, campus-style community near Kendall. This development will be the sixth such community funded in the past five years in Florida and the only one in Miami-Dade County.

Deborah Lawrence, Casa Familia’s senior IDD housing consultant, told Bisnow 74% of individuals with IDD — which includes conditions such as cerebral palsy, autism, spina bifida, Down syndrome, Prader-Willi syndrome or intellectual disabilities — live with a parent or family caregiver, a third of whom live with a caregiver over the age of 60.

"As this generation of caregivers continues to age, many of these adults are at risk of homelessness because current residential options are either inappropriate, or out of their economic reach, and nonexistent within Miami-Dade County," she said.

Outside of becoming homeless, these individuals are often placed in intermediate care facilities and group homes, Lawrence added.

"The hard part of obtaining capital funding was building our organization to become capable of undertaking a project of this scope and ambition," she said.

Over two years, Florida Housing Finance Corp. staff worked to create guidelines for Casa Familia to develop the nonprofit capacity necessary to be a suitable candidate for receiving public funding. Casa Familia grew its board of directors to add nine new community leaders, who have no immediate family members with IDD, but brought professional experience in areas like law, finance, business management and government relations.

"Once done, our application for both 9% tax credits and grant funding from FHFC was approved," Lawrence said.

The finished product will be owned by The Village of Casa Familia Ltd., a partnership between Casa Familia and Atlantic Pacific Communities. Residents' Social Security income will be used to pay their rents.

Eric Jawitz, a 31-year-old with IDD, said in a statement, “I’m happy communities like this are being supported and built for people like me. I currently live at home with my parents and I would like to have my own apartment, like my sister does, somewhere in Miami, so I can be close to my job. I think a community would be a great place for me to live. I could live near my friends, make new friends, and we could do activities together at the community center. That way, I wouldn’t be so lonely."