Avra Jain almost singlehandedly revitalized Biscayne Boulevard and helped activate the Miami River, but these days, she is fired up about affordable housing. 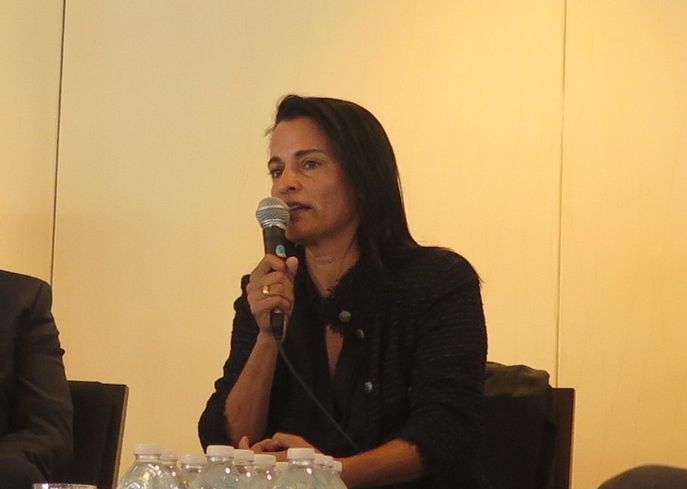 After more than a decade as a bond trader on Wall Street, Jain made her mark in Miami by rehabbing several neglected historic hotels in the Miami Modern district, most notably the storied Vagabond. As these art deco gems along Biscayne Boulevard got restored, a chic clientele arrived, prostitutes and drug dealers scattered, and retail sprang up.

The “Vagabond effect,” Jain said, led to about a billion-dollar increase in aggregated property values and brought the city of Miami $11M in property taxes. Jain went on to revive the Miami River Inn and assorted other projects. By one count, she has been involved in 60 or 70 projects at a time.

Jain said that years ago, as she was building posh hotels, she was approached by county officials to share ideas for affordable housing. She decided to try her hand and, with a $500K low-interest loan from the county, last year rehabbed 23 units in Little Haiti.

Then, the Omni Community Redevelopment Agency came calling to ask if she might do something similar in Overtown.

Now, she is bringing 44 units in five garden apartment buildings up to modern standards, working on four units at a time, rotating families into new units as they are completed. The Omni CRA will give her a $1.8M mortgage and provide $2M in grants that will let rents stay the same — around $600 or $700 — for renters for 30 years. Although Jain will own the properties, she does not expect to see any profit from them in her lifetime.

Jain and her team of three in-house architects at Vagabond Group are currently spending about 20% of their time going through documentation with the CRA and determining budgets, she said. As the project ramps up, it will take up 40% to 50% of their time.

“If we do this and it goes well, it could set a new bar, a new standard,” Jain said. 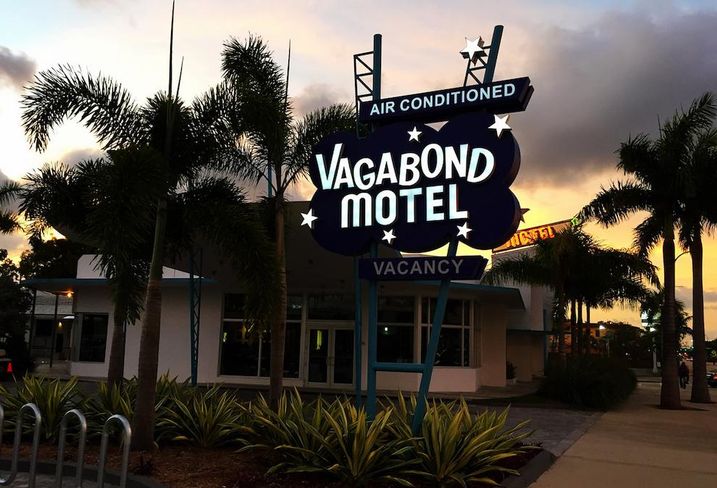 Ines Hegedus-Garcia via Flickr Creative Commons
Avra Jain made her most visible mark on Miami by updating the Vagabond Hotel.

According to The Real Deal, Miami-Dade County’s affordable housing fund has collected just $5.7M in a decade, and during that span, $1.3B has been diverted from the state’s William E. Sadowski Affordable Housing Fund. State law allows developers to build extra units in projects if some units are designated affordable, but tweaks to the law intended to keep them affordable for longer time periods actually backfired, as developers just opted to build fewer units.

If construction costs are supplied, Miami’s development community can help execute many more projects, she believes. With an important caveat.

“We just have to do it, and not to make money,” she said. Contractors and skilled labor would be compensated, and materials bought by the government, “but the developers themselves can’t get paid.”

Jain believes that Miami currently has a good mix of forward-thinking developers and political will that could usher in a wave of affordable housing. All of the current city commissioners and the new mayor, Francis Suarez, have championed affordable housing initiatives.

Nonprofits like Carrfour Supportive Housing, Camillus House and Chapman House all play roles connecting residents with services. Local banks, Jain said, have shown a willingness to lend, and citizens in November voted to tax themselveswith a $400M bond, $100M of which is earmarked for affordable housing.

“That could be a legacy moment for him,” Jain said. “More than any other building he’s going to build.”

With all these pieces in place, Jain said, “Where we are lacking is on the housing stock side.” Developers need to “just build a building. This is what we do."

Jain said affordable housing projects are great for young developers who are socially engaged, need to gain work experience and can charge less than more established players. Housing projects do not need to be huge, multi-unit monstrosities that stand out as oases of poor people: They can be smaller properties, integrated in communities.

"But it has to be done properly," she said. "You can’t lipstick this stuff.”

Jain believes much can be accomplished if developers kick in services, forgo those half-million dollar fees (which could then be used on more materials) and are transparent about how every labor hour and supply is spent.

“As developers, we’re asked to write checks all the time; surcharges, impact fees,” Jain said. “Some of that does go to affordable housing. Instead of writing the million-dollar check for surtax that gets thrown in some bucket at the county or city and ends up God knows where, I will spend a million dollars fixing up housing stock. That would be more purposeful.

"In my situation, I actually did write the check. I’m not an investor. I’m not making returns.”

She said that recently, “In front of the whole University of Miami [School of Architecture] advisory board – which, half the room is real estate developers – I kind of challenged the community to be part of the solution.”

Affordable housing is a crisis in cities around the world, and some developers say there has to be a profit to motivate anyone to build. Jain concedes she needs to do for-profit work to support her affordable housing passion.

She is engaged in an adaptive resuse project in Midtown Miami, where Anatomy gym will soon occupy space, as will a co-working company. She is also involved in a partnership on a Miami River property with Silicon Valley entrepreneur-turned-Miami-enthusiast Bob Zangrillo, and her Jamaican hotel, the Cliff, in Negril.

At a Bisnow event last month, Eden Multifamily President and CEO Jay Jacobson said the basic law of supply and demand dictates that "People are going to pay 40%, 45% of their income for a place to live. That’s just the way it’s going to be."

Jain hopes her optimism — and her vision for Miami to lead the way in finding affordable housing solutions — is contagious.

“Wouldn’t that be a great story?" she said. "Forget about attracting the Amazons of the world. Let that be our story.”