Teresa Alvarado has been SPUR's San Jose director since 2016. The Bay Area nonprofit organization focuses on planning and government through research, education and advocacy. Alvarado has relied on her ability to bring people together whether in her current role or previous work as deputy administrative officer at the Santa Clara Valley Water District or first executive director of the Hispanic Foundation of Silicon Valley. She is a member of San Jose's Diridon Station Area Advisory Group, which advises the city on planned development around the transit hub, and served as an appointed member of the city's Envision San Jose 2040 General Plan Update Task Force. She is also a commissioner on the San Francisco Bay Conservation and Development Commission. 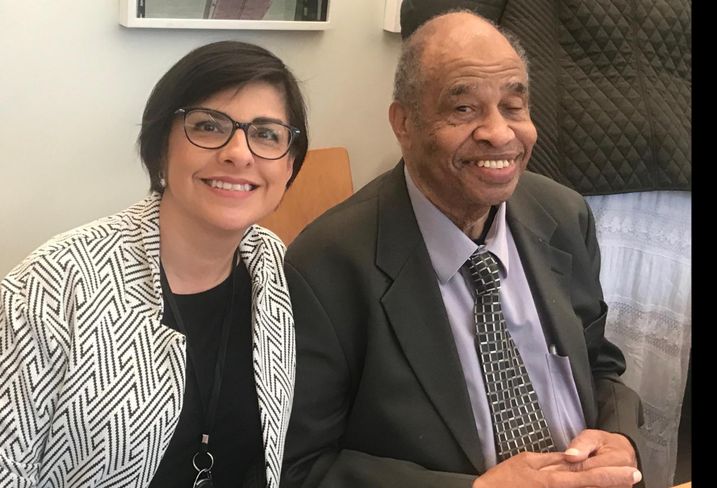 Alvarado: SPUR is a 109-year-old urban policy organization addressing some of most intractable issues in the Bay Area and developing the ideas to solve them and leading on an aspirational action agenda for the region.

San Jose is ground zero for regional growth and I lead the San Jose office of SPUR. We are playing a key research, education and advocacy role in creating a more complete downtown served by world-class transit, a model for inclusive development, growing in a way that not only advances our climate goals but creates a model for sustainability, and promoting the production of housing at all price points.

Bisnow: What accomplishment are you most proud of in your career and how did you achieve it?

Alvarado: Leading in challenging and uncertain times. I worked as a leader in the energy sector during the California Energy Crisis and in the water sector during the Great California Drought. During both periods, we were facing extreme social and economic ramifications of resource constraints without a good answer of how or when the crisis would end. The only answer was to change our behaviors and manage through.

I think what has helped me in those situations, and in every professional experience I have had, is my ability to bring people together in an honest and meaningful way. My purpose statement reflects who I am and how I work: Be a strong organizer, convener or network weaver to actively facilitate cross-sector collaboration.

Alvarado: I am a Silicon Valley native. I worked my way through college temping at companies like Rolm, FMC and Atari. At NASA/Ames Research Center, I was exposed to the internet and mouse, new technologies at the time, before others. I grew up in the east side of San Jose and earned an advanced technical degree. When I [was] raised in the Valley, opportunities were plentiful, housing was affordable and quality education was accessible to all.

I think Silicon Valley has always believed it’s a meritocracy here, but that has never really been true and the pathways of opportunity that were open to me are greatly diminished. The wage gap, particularly for Latinos, is severe. We must invest in the Latino community, soon to be a majority population of the state, and collectively commit to the success of our state’s next generation of leaders.

Bisnow: What piece of advice do you give others entering the industry?

Alvarado: I am the founder of the Latina Coalition of Silicon Valley and I regularly meet with rising Latinas. I always tell them to: (a) focus on their health because they can’t care for others if their own health is compromised, (b) push themselves into uncharted territory and expose themselves to circles and experiences that are unfamiliar and uncomfortable, and (c) to select their partners wisely because they should lift each other up and support their achievement of each’s full potential.

Bisnow: What do you do to unwind when you’re not working?

Alvarado: Exercise, spend time with family, listen to music (and dance when I’m lucky), go to plays and movies, drink craft cider, watch tennis (even the small tournaments in remote parts of the globe), travel and cheer on the San Jose Earthquakes. And I have a few guilty pleasure TV shows I watch to veg out.