The latest addition to Westfield Valley Fair in its $1.1B expansion might become the new first stop for its foodie shoppers. 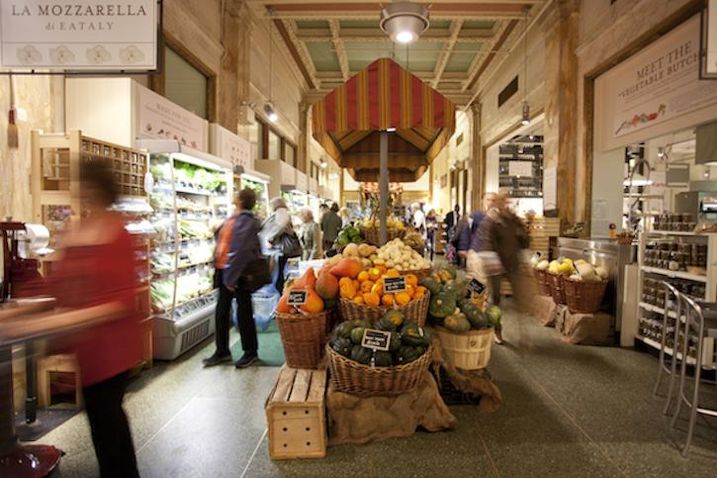 Eataly, a fast-expanding Italian marketplace, will open a 51K SF location in Unibail-Rodamco-Westfield's Silicon Valley shopping center in 2021, the companies said on Tuesday.

The deal represents the latest change coming to Westfield Valley Fair, a 33-year-old mall straddling the border between San Jose and Santa Clara and nearing the finish line of its billion-dollar expansion. Earlier this year, URW said Apple would occupy one of the 150 new stores coming to Valley Fair, a flagship location for the Cupertino-based tech giant.

In all, construction will increase retail space from 1.5M SF to 2.2M SF at Valley Fair, which is already the Bay Area's third-most-valuable building (at $1.1B). Tenants of the expansion, which URW plans on completing next year, include a three-level Bloomingdale's and a Showplace ICON Theatre.

Eataly, which opened its first location in Turin, Italy, in 2007, strives to provide an all-encompassing Italian culinary experience that includes food retail, restaurants and cooking classes. It now has 40 locations (not including Valley Fair), eight of which are in North America and two of which are in URW's portfolio.

In 2016, Eataly came to Westfield World Trade Center in New York, and the following year it opened a location in Westfield Century City in Los Angeles.

From its new South Bay location, Eataly will partner with both Italian companies and local Northern California producers.

“At Eataly Silicon Valley, we will import many of our products from Italy — like olive oil and dry pasta — while also making it a priority to work with local producers from Northern California," Eataly Global CEO Nicola Farinetti said in a statement.

Despite national retail's struggles, Silicon Valley's local retail sector has seen some success as of late, buoyed by the region's strong population, job and income growth. Some submarkets, like Milpitas/North San Jose's Q3 2019 vacancy rate of 3.3%, have fared better than others, like Morgan Hill/Gilroy (7.5%), according to brokerage Cushman & Wakefield.