A newly public, Santa Clara-based medical device manufacturer has agreed to more than double the size of its headquarters this month. 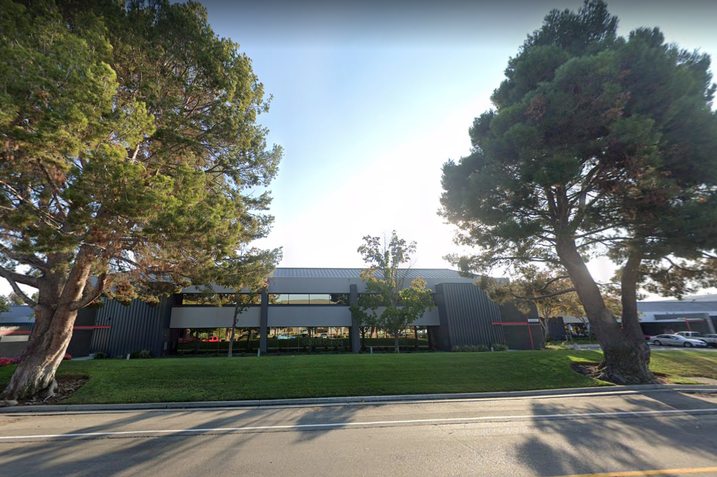 Shockwave Medical will sublease 50K SF at 5353 Betsy Ross Drive, bringing its total footprint between two buildings on the street to 85,200 SF, according to a company Securities and Exchange Commission filing on Thursday.

Since last year, its HQ has been at 5403 Betsy Ross Drive, a 35K SF building next door.

Founded in 2009, Shockwave, which specializes in the manufacturing of catheters, went public in March and has seen its shares jump from an IPO price of $17 to its closing price of $44.65 on Wednesday. It raised $97M on its first day of trading and has a market capitalization of $1.3B as of this week.

Last May, Shockwave entered into a sublease agreement for 5403 Betsy Ross with Benvenue Medical, which had been leasing the building from Betsy Ross Property LLC, according to SEC documents Shockwave filed ahead of its initial public offering.

Records filed with the California Secretary of State show the landlord as an entity of TG USA Development Corp., which is based in San Francisco and registered with a Hong Kong address. The landlord acquired the 7.3-acre, three-building property for $36M in 2017, according to Santa Clara County Property records.

Shockwave's new lease agreement lasts for eight years with an option to extend for another five years on one or both of the buildings, according to its filing. An online listing of Shockwave's new property by Avison Young shows a monthly triple net rent of $1.95 per SF.

Avison Young principal and Managing Director Gregg von Thaden, principal Ryan Slater and Associate Derek Cuschieri are listed as the brokers but did not immediately respond to a request for comment.

The property is zoned as light industrial, according to commercial real estate data site Reonomy. Avison Young's listing markets it as a two-story R&D building with an exercise room.

In November, Shockwave reported an operating loss of $36M on $28.6M in revenue through the first three quarters of 2019. Shockwave did not respond to a request for comment.