Behind The Deal: How This San Jose Project Got Financed 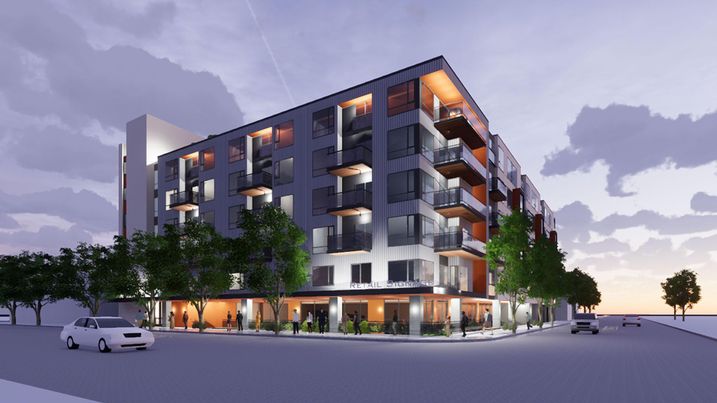 Rising construction costs, a surge in supply and a tricky site couldn't stop The Firestone.

Based in San Jose, Acquity attributes Firestone's groundbreaking — which has occurred amid droves of other stalled San Jose projects — to its wood-frame, mid-rise design and use of underground parking.

"It was a tight site to work with, and to make it pencil we needed Type III, wood-frame construction," Acquity Realty CEO John Pringle told Bisnow. "We essentially have one level of underground parking, with a triple-stacker parking solution."

The city has more than 1,800 units under construction, but over 2,500 more are approved but not breaking ground, largely due to high construction costs, according to San Jose Spotlight.

NorthMarq Managing Director Nathan Prouty, who is part of the team that arranged The Firestone's financing, said a quick delivery expedited institutional funding, which consists of a construction loan from LA-based PCCP LLC and joint venture equity from Cigna Investment Management and Acquity itself.

"It was a very quick time frame to break ground and deliver because of the Type III construction," Prouty said. "Given the sub-$100M size and quick delivery, [the project] was really well-received [by investors]."

Located at 477 South Market St. near the corner of South Market and Balbach streets, the project will feature 130 apartments, a rooftop garden and about 6,800 SF of ground-floor retail space for what will very likely be a restaurant, Pringle said.

The total cost of development is an estimated $72M, and the project's lead architect is Raquel Bito of Steinberg Hart. The team hopes to get entitlements by early next year, break ground in 2021 and complete the project in October 2021.

The site sits blocks away from Adobe's expanding downtown headquarters and near multimodal Diridon Station, the center of Google's plans for a 6M to 8M SF transit-oriented village. Acquity will offer lots of studios and one-bedrooms in its unit mix and sees its average unit size of 650 SF as appealing to the city's growing downtown workforce.

Acquity is also seeking entitlements for a 21-story mixed-use tower on the corner of Carlysle Street and Notre Dame Avenue in downtown San Jose, with Prouty and NorthMarq leading capitalization efforts for that project as well, Pringle said.