Windy Hill Property Ventures has secured financing for a four-story mixed-use development in the heart of San Mateo. 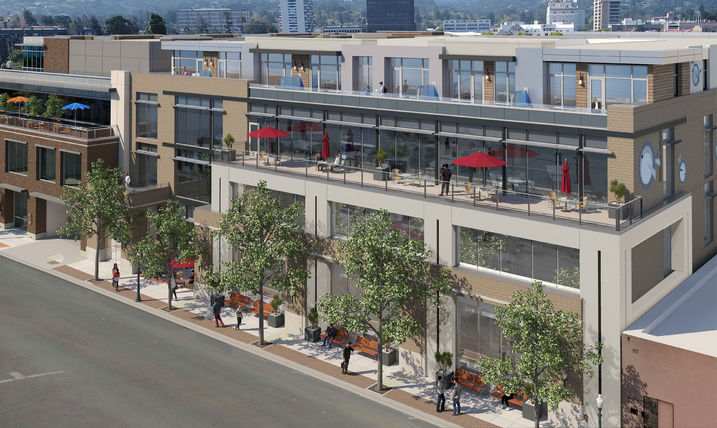 The property, which Windy Hill expects to finish in 2022, will consist of 115K SF of office and 25 residential units, along with amenities like a communal rooftop deck and outdoor terraces for its office tenants.

The mixed-use project is one of several in San Mateo County arising in response to fervent tenant demand for office space in the mid-Peninsula. Of the 10 largest leases throughout San Mateo County in Q3 last year, six were in newly constructed buildings, and four were pre-leases, according to Cushman & Wakefield research.

Next to 406 East Third Ave., Windy Hill is in the later stages of construction on a similar project, which Square Mile says is 100% pre-leased. Windy Hill did not respond to a request for comment.

Average annual Class-A asking rents in the city of San Mateo came in at $64.56, or about in-line with the county average, according to Cushman & Wakefield.

Square Mile Capital, which has previously financed projects in Menlo Park and Redwood City, sought to finance Windy Hill's development in part because of its proximity to transit, it said. It is two blocks away from San Mateo's Caltrain station.

“Given the current market dynamics, we continue to seek out investments in high quality, transit-oriented office properties across the Bay Area and look forward to beginning a new relationship with Windy Hill Property Ventures on this development," Square Mile Capital principal Eric Cohen said in a statement.

"They have an excellent track record of developing and leasing other comparable projects, most notably the adjacent property at 4th and Claremont which was 100 percent pre-leased prior to its delivery."