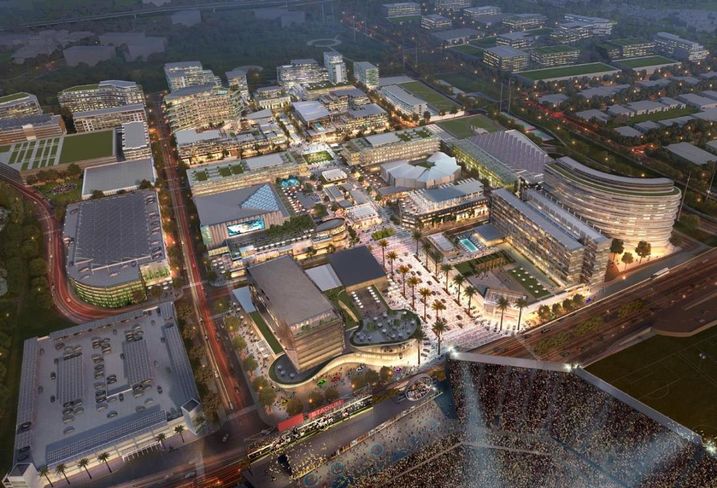 A legal fight between San Jose and Santa Clara over two large developments in areas bordering each of the cities has come to a close. City Place in Santa Clara and Santana West in San Jose have been stalled by an ongoing dispute about the impact these mixed-use developments would have on the other city, The Mercury News reports.

City Place in Santa Clara would include 5.7M SF of office, 1.5M SF of retail, 1,360 housing units, 700 hotel rooms and a 30-acre park next to Levi's Stadium. Santana West in San Jose would add 970K SF of office and 29K SF of retail at Winchester Boulevard and Olsen Drive on a 130-acre parcel near Valley Fair and Santana Row.

San Jose will drop an appeal to a November ruling that validated an environmental report on the project. San Jose’s concern was the project would add up to 25,000 new jobs, but Santa Clara can accommodate only 13% of the new employees. The agreement did require Santa Clara to build the additional housing.

The settlement requires an investment of $3.7M in traffic improvements in San Jose and Santa Clara before the first 300K SF is occupied in Santana West, but a press release on the settlement did not indicate where the funding would specifically come from. Santa Clara will receive $5M following the issuance of a grading or building permit for the site or by July 1, 2022, toward transportation and affordable housing.

San Jose agreed to replace any traffic impact funding waived for this or other developments that impact Santa Clara with alternative funding. The two cities will work together to improve traffic and address other issues along the Stevens Creek corridor.