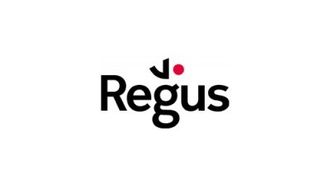 San Jose is a shining star of California commercial real estate, with demand for both residential and commercial spaces far outstripping supply. With no end in sight to the rapid swelling of Silicon Valley’s youthful, vibrant and highly educated workforce, businesses and young professionals are choosing to base themselves in the city.

Tech companies are gobbling up space in most primary Silicon Valley markets, and in San Francisco, tech businesses account for 3.7M of the total 5.9M SF of office space available in the city. Lack of supply to meet astronomical demands is pushing many startups and established companies alike into North San Jose and the surrounding area. Events and conferences are becoming essential for San Jose businesses searching for unique, collaborative new office spaces in the Silicon Valley area. Many young companies rely on these events—such as Regus' Taste of Success event this week—to find their home in a booming market.

Computing giants Google and Apple are also pushing to move into North San Jose. Apple's North San Jose campus is in addition to its “spaceship” campus in Cupertino, its second in its HQ town a mere 15-minute drive from downtown San Jose.

Companies on the lookout for office space in San Jose will be in good company, rubbing shoulders with eBay, Cisco, Siri Inc and NetGear and within driving distance of the Regus office spaces in Palo Alto.

“With tech tenants still wanting to go where Millennials are flocking to, it’s expected that much of the sublease space will be absorbed quickly,” says JLL Silicon Valley research manager Christan Basconcillo.

The skyrocketing demand for office space translates into gold for companies specializing in office interior design. One such firm, the Dutch-based co-working company SPACES, is opening its new office building in San Jose, less than a 15-minute drive from both PayPal and Adobe headquarters. Open workspaces and contemporary furniture in place of traditional cubicles encourage the sort of collusive, innovative and creative environment that has proven itself a Millennial magnet.

The downtown edifice is an easy commute from both the city center via Route 23 and the Santa Clara Caltrain via Route 60. Located only a few minutes’ walk from dozens of trendy cafés and restaurants, this office space embodies the bustling, work-hard-play-hard lifestyle of the Silicon Valley entrepreneur.

Businesses that relocate (or establish their first office) here will find themselves in the heart of Santana Row, San Jose’s premier outdoor shopping mall complete with numerous options for dining, shopping and entertainment.

A luxury selection of stores and boutiques cater directly to San Jose’s professional, comparatively wealthy population. The mall offers residents, visitors and nearby employees popular fashion and high-end designer options, ranging from H&M and Lululemon to LOFT, Gucci and Kate Spade. The impending arrival of NorCal organic ice cream favorite Smitten further opens up the space to families with young children. Residents with a taste for the spooky can check out the Winchester Mystery House just a six-minute walk away.

The Capital of Silicon Valley has certainly earned its nickname. With a dense concentration of some of the most lucrative businesses in the world, San Jose is home to a large number of the executives and employees of these same companies. The city has helmed the national resurgence of the housing market since 2012, and is one of the most expensive residential metropolitan areas in the United States. Costs have reached an all-time high, with the median price of a single-family home in San Jose officially surpassing $1M for the first time in April of this year.