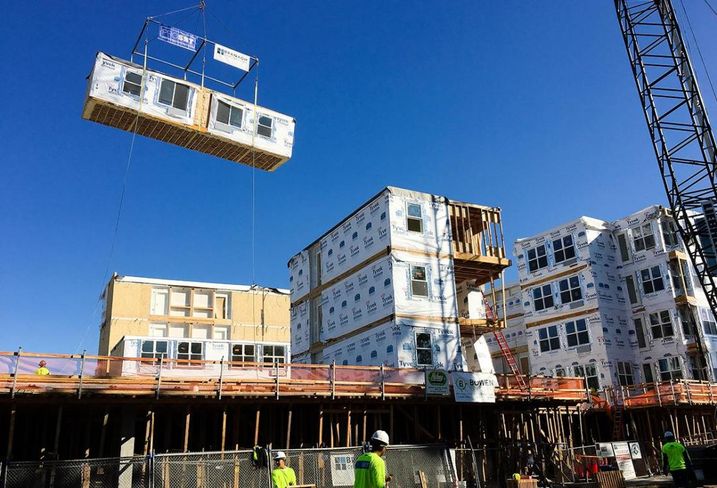 Courtesy of Guerdon Modular Buildings
A modular unit is lowered into place at the Second Street Studios project in San Jose.

The Second Street Studios, a five-story, 157K SF modular construction development will create 135 units using 111 modules. The four floors of modular units will make up 89K SF above ground-floor retail and social service space. The development, at 1150 South Second St., is being developed by First Community Housing and was designed by Rob Wellington Quigley. The general contractor is Branagh.

Modular construction is starting to become more popular throughout the Bay Area as a way to provide more affordable housing to seniors, homeless and families faster and cheaper.

Pre-fab and modular construction has not been as widely used around the Bay Area because there are not enough manufacturers to meet the demand. Adoption has been slow over the last few years and public labor agreements have been restrictive of this type of construction, Schmidt said.

A new modular plant, Factory OS, will be built in the Bay Area, which will help meet demand. Google is planning to buy modular units from Factory OS for a Mountain View project. 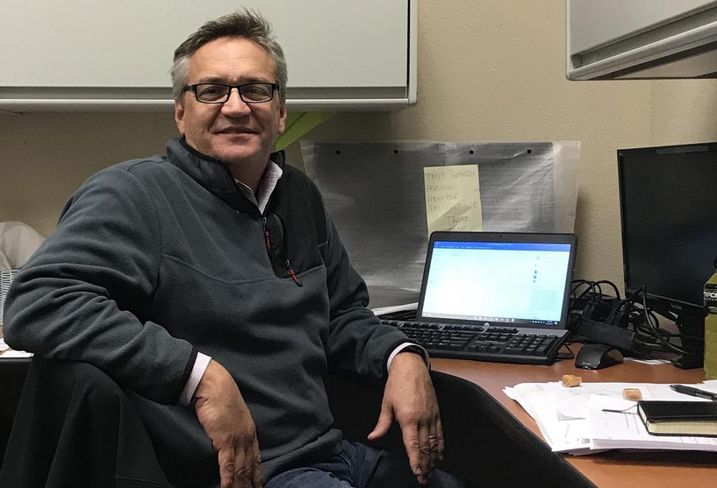 Guerdon also plans to expand its operations and could add another factory and expand into new locations, Schmidt said. Its current factory is in Boise, Idaho. In addition to the Bay Area, the company has delivered products in the Pacific Northwest, Nevada, Colorado and as far east as Oklahoma City.

Guerdon has been working in the Bay Area and San Jose for over 10 years. The Cahill Park Condominiums and the 430-unit Domain apartments were the largest projects it has completed in San Jose.

It also worked on an 85-unit senior apartment complex in San Leandro, a transit-oriented development in Union City and an under-development, 110-unit affordable housing project near the Coliseum BART station in Oakland. The company also works on hotel projects with Marriott and most recently is working on a 144-unit Hilton hotel and a 146-unit IHG hotel, both in San Jose.