Firestone Tire Building To Become Most Sustainable Of Its Kind, Size In The World

Since 1929 the Firestone Tire building at 400 Westlake has been the center of Seattle’s historic auto hub, sitting between a former Ford plant and a Kenworth Trucks building. Soon the Art Deco building will become part of a new type of history: It is set to be the world’s most sustainable non-owner-occupied office building of its size in the world. 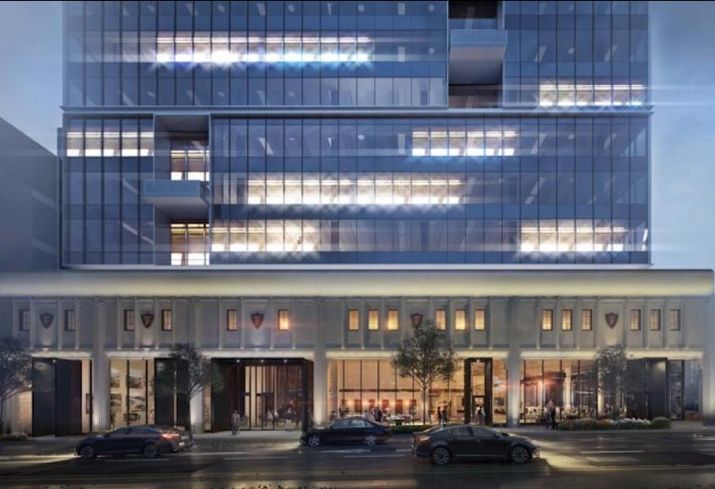 Courtesy of Martin Selig Real Estate
The Firestone Building renovation will be complete in 2020.

Though it is tough to qualify “best in the world,” Martin Selig Real Estate Executive Vice President Jordan Selig is confident in the claim. The building will implement the Living Building Pilot Program, a system for measuring sustainability which was developed by the Seattle-based International Living Future Institute.

Solar panels will be installed on both the roof and in Eastern Washington solar farms that will feed energy back into the grid. The panels will help produce more energy than the building consumes, making it a net-positive building, Selig said.

Water usage will be cut by low-flow appliances and a chilled-beam HVAC system will further reduce the energy consumed.

In addition, the building will include lots of natural light and have a high rate of ventilation. Selig said studies indicate higher air exchange rates in office buildings may cut down the number of sick days taken and alleviate asthma symptoms.

“We find that tenants appreciate that it feels like fresh air inside,” she said.

Thanks to the sustainability features, the building will use 75% less energy than the 2012 Seattle Energy Code cap.

“We are on the cutting edge of the sustainability trend,” Selig said. “We build to hold and take a long-term perspective. We have no partners so we can make decisions on our own.” 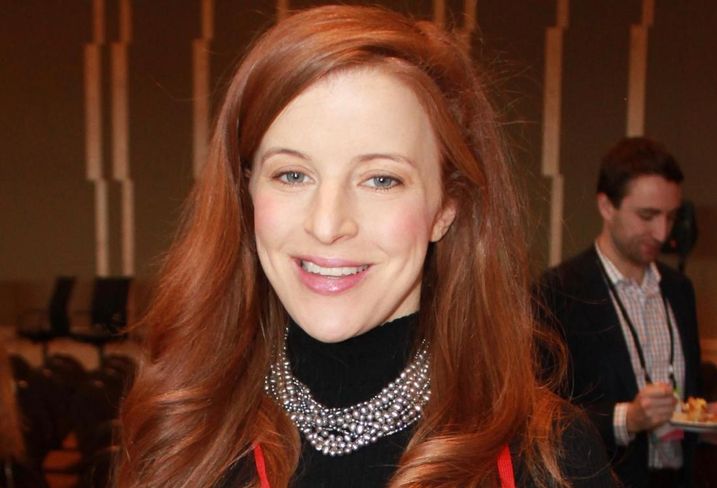 While reducing energy costs saves money in the long run, the systems are expensive to install, she said.

From an environmental standpoint, Selig believes it is the right thing to do.

“Why wouldn’t it be important to us?” she said. “This is our community and our city.”

The building meets the requirements of the city of Seattle’s Living Building Pilot program, which allows for departures from the Seattle Land Use Code in height and floor area.

The program, which Selig helped to amend, will allow for the building to have 25% more square footage. The Seattle City Council will vote on the amendments this month.

The building, which will have 176K SF of office space and 14,500 SF of ground-floor retail space, is so cutting-edge that Selig has fielded questions from around the world.

“Many people have asked me about this project because it’s so unique,” she said.

The company has been blazing a trail and team members have been learning as they go.

“I’m grateful to work with such a team that put blood, sweat and tears into paving the way for this,” she said.

Selig hopes to construct more certified, sustainable buildings in the future, but she feels that it will be awhile before this type of construction becomes the norm.

“It’s a matter of education,” she said.

While sustainable building practices are still few and far between, former Starbucks Chief Operating Officer Troy Alstead recently completed the Ocean5/Table 47 building in Gig Harbor that he hopes will become the first LEED-certified building of its kind in the world.

Alstead has taken several steps to make this 57K SF bowling/entertainment center and restaurant a sustainable building. For example, he installed dozens of geothermal wells around the building that heat and cool the building without pulling power from the grid. It has a composting worm farm and all of its carpets are made from reclaimed abandoned fishing nets.

"It is incredibly exciting to see this kind of leadership and focused effort to incorporate sustainability into building design, construction and operations,” Alstead said. “The trend toward environmentally responsible development continues to accelerate, and soon will become the norm."