Seattle Feeling Growing Pains, But There's Light At The End Of The Tunnel

Seattle is growing and it is feeling the pain. The homeless crisis is growing. Traffic congestion keeps escalating. Taxes are climbing and fingers are pointing.

More jobs means more people and more people means higher rent in this city that has already struggled with some of the nation's highest rent spikes in recent years. Political debates rage over how the city should address these problems and who should pay.

Meanwhile, the Alaska Way Viaduct could become a beautiful waterfront park that finally links the city to Elliott Bay, but only if residents are willing to pay for it. 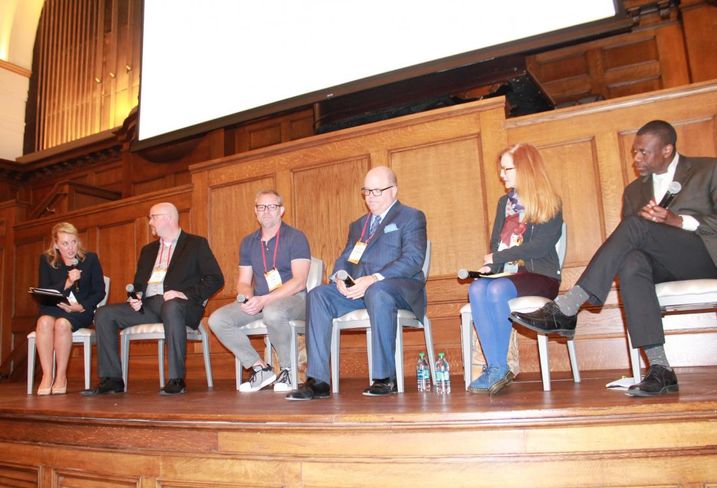 There are plenty of vexing questions in this city. Last week a few of Seattle’s leaders were willing to share their thoughts at Bisnow’s Seattle Downtown event. The event was held in The Sanctuary, an example of renovation and preservation in a fast-growing city.

Keynote speaker Kevin Daniels shared his thoughts on how to use common sense to solve some of the city's affordable housing problems that won't cost any additional money at all, like streamlining the permitting process and allowing for more high-density construction.

"A thousand people turn 65 every day," Hirche said. "We have to prepare for the 'silver tsunami.'"

The biggest problem is the city’s business environment, Ethan Stowell Restaurant chef and owner Ethan Stowell said. The development of the waterfront park and the tunnel are all awesome assets for the city, he said. However, he questions some of the city council’s decisions.

“In general, business has been good, and that’s caused me to take my eye off the ball when it comes to who was being elected to City Hall,” he said. “Business needs to be more involved. We need people in there who will do a great job for both the city and for the businesses.”

The homeless problem compounds his worries.

“I do feel that a lot of our customers who are young, female or tourists may feel uncomfortable walking around the city,” he said. 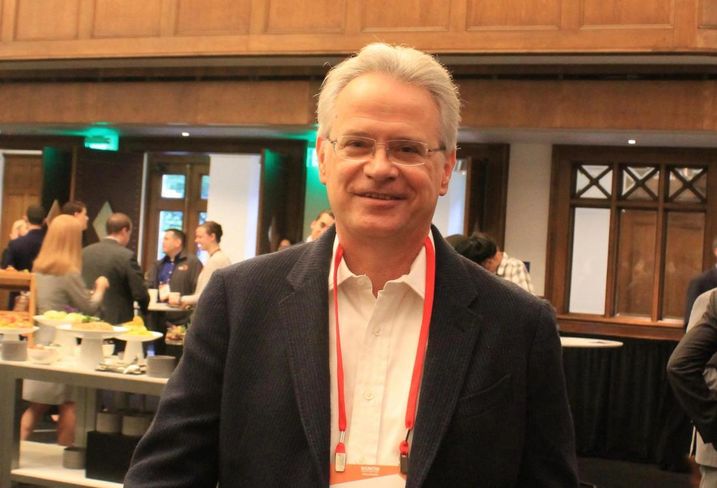 “We are all sympathetic to battered women and children who are homeless,” he said. “But I talk with homeless people and a lot of them are coming here from out of town.”

He notes there is a big influx of homeless people in the SoDo neighborhood who are drug addicts. The problem needs to be fixed, but who is supposed to pay?

The Seattle City Council attempted to raise funds by taxing the city's top employers through a head tax. That plan faced fierce backlash and a repeal petition was signed by thousands of people in a matter of weeks. Soon after, the council repealed the plan before it had a chance to go to a public vote.

Businesses and the city need to figure out solutions to this problem while maintaining a healthy environment that doesn’t tax businesses to death.

“We have a lot of money and private wealth,” he said. “But how is it being spent? Not very efficiently.”

Seattle Foundation Vice President Michael Brown said the city has become one of haves and have nots. People of color are being displaced, he said.

“This is not the type of thriving community we want to have,” he said. “Homelessness is a byproduct of many other failed systems like housing, mental health, etc. Rather than getting to root causes, we tend to respond to the downstream problems. What we really need is prevention.”

The SoDo area could be used to build more housing, but industrial companies oppose using that land for that purpose.

Still, Steinhauer believes housing and industrial land can co-exist in Seattle, just like it does in Copenhagen, London and Asia.

The lack of affordable housing is being compounded by the slow pace of the city’s permitting process.

“We used to tell someone that they could be shovel-ready in nine to 12 months,” Caron Architecture principal Joel Wilbur said. “Now we are looking at 16 to 18 months. Soon it will take two years and that makes the holding cost alone not doable.” 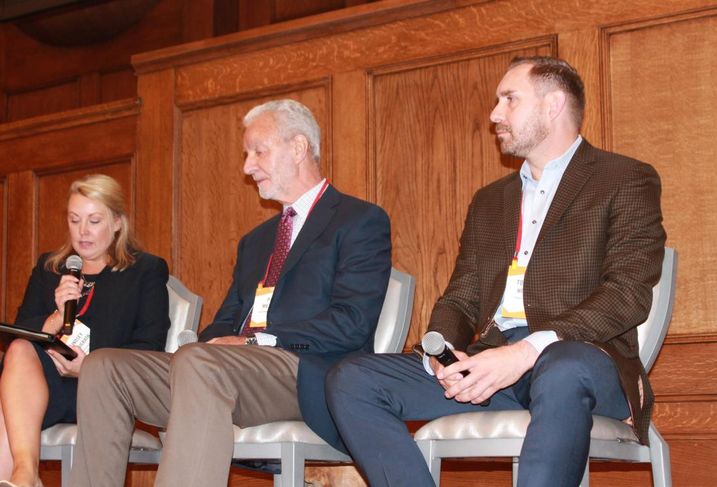 Meanwhile, plans are underway to expand the Waterfront Park, which will link the city to Elliott Bay after the Alaskan Way Viaduct comes down in October. A salmon-friendly seawall is already in place and Pier 62 renovation is underway. If the Seattle City Council forms a Local Improvement District this fall, plans will continue to construct the entire park. The park will be complete in 2022 or 2023.

“This is all about innovation and conservancy, and it will be augmented with private dollars,” Friends of the Waterfront Executive Director Heidi Hughes said. “This is the bright spot for the city. It’s where our values, visions and investments align.”

Once the viaduct comes down, there will be more of a pedestrian connection between the city and the park, making it an area for the residents — not just the tourists. The plans all hinge on the passing of the local improvement district. There has been $25M in private money raised since January, but without the Local Improvement District, there will be no park expansion, she said.