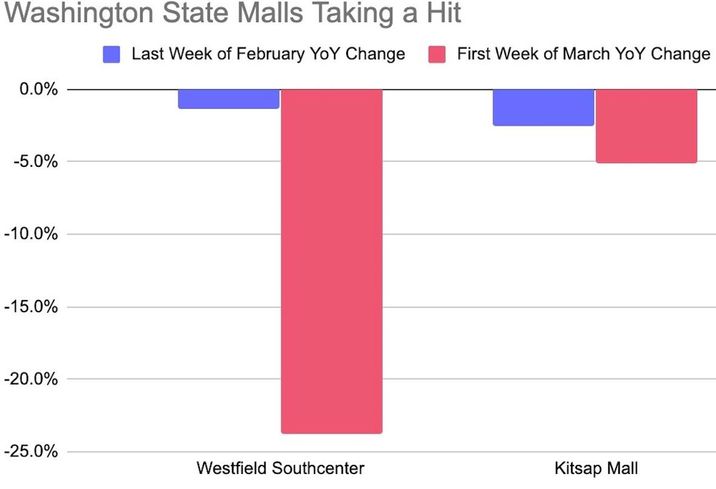 Courtesy of Placer.ai
Foot traffic plummeted in Puget Sound as fear of the novel coronavirus gripped the region in late February and early March.

Fear of the novel coronvirus kept Puget Sound shoppers home as early as late February, according to research by Placer.ai, a foot traffic analytics platform. Though Gov. Jay Inslee closed restaurants, bars and schools on March 16, and issued a stay-at-home order on March 23, shoppers seemed to be keeping their distance from travel and retail stores long before then.

Costco, on the other hand, bucked this trend with visits to Washington state stores up 11.6% and 7.2% year-over-year for the same time period. In the rest of the country, Costco visits were up 13.2% and 18.3% in the last week of February and first week of March.

Ethan Chernofsky, author of the study, said although virus is disruptive to retail and travel, most businesses should recover. He said he believes that as communities flatten the curve, the return of business may be rapid.