Gunman Opens Fire In Downtown Seattle After Spate Of Shootings

A shooting about 5 p.m. near Seattle’s Fourth Avenue and Pine Street left one person dead and seven victims injured, Seattle police said Wednesday evening. It is the latest in a string of shootings in downtown Seattle, where crime has been rising for the last few years. 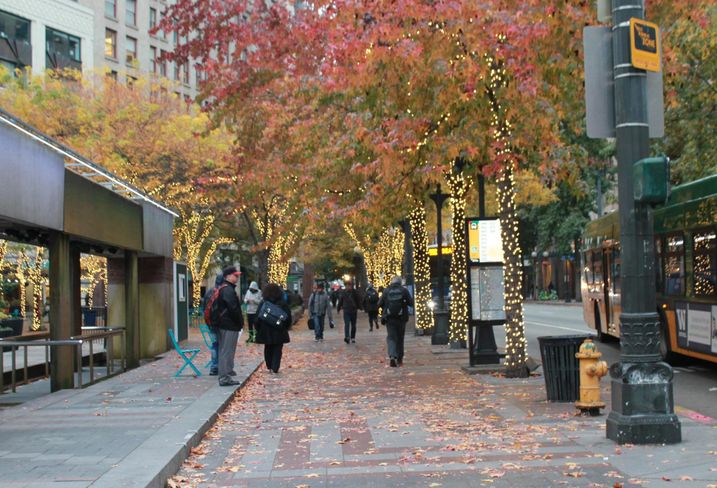 Seattle Police Chief Carmen Best told reporters at a press conference that the shooting did not appear to be random. Reports indicate multiple shooters may have been involved in a dispute outside of the McDonald's at 3rd and Pine that led to the shooting. After the shooting, several people fled.

Seattle Fire Chief Harold Scoggins reported that seven victims received treatment at Harborview Medical Center, including a 55-year-old woman in critical condition and a 9-year-old boy in serious condition. The rest of the victims are in stable condition.

Though Best did not say the incident was gang-related, she did say that the gang unit was involved in the investigation. The shooter, or shooters, are still at large, but Best said the area has been secured.

The shooting happened in the Westlake Center area, across the street from the former Macy’s department store. It is about a block away from the Third and Union Bartell Drugs store that closed earlier this year after citing high crime rates in the area.

On Nov. 27, 2019, an unprovoked attack by a homeless person on two pedestrians made headlines and raised further questions about the city’s safety.

The latest incident is the third shooting in two days in downtown Seattle.

Though city stakeholders have so far remained optimistic that the crime rate won’t affect downtown’s value to the retail industry, outside analysts aren’t so sure.

The Downtown Seattle Association issued the following statement:
"Our hearts go out to the victims of tonight’s shooting in downtown Seattle and we commend the Seattle Police and Fire Departments for their swift response to this tragedy. Criminal activity around Third and Pine has been persistent for far too long and too often has led to violence and innocent lives lost."