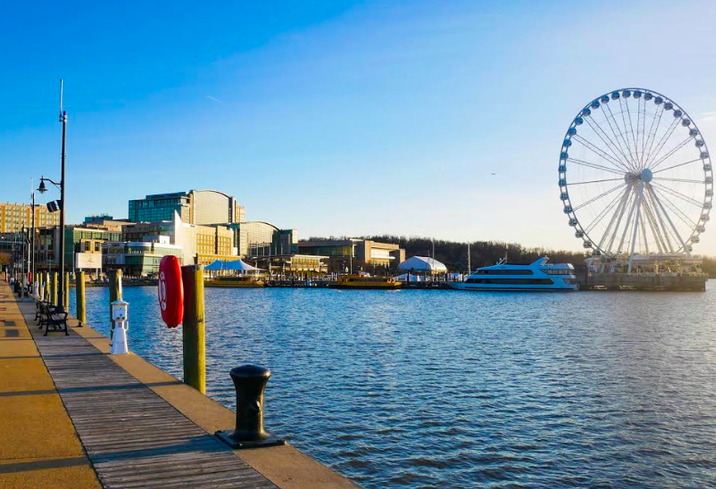 While Amazon’s decision to open a second headquarters in Arlington may be the highest-profile company move to the Washington metropolitan area, D.C. has been attracting major tech companies, from Google to Facebook to Yelp, for years.

In 2020, tech companies hunting for a new home in this booming region may want to set their sights on Prince George’s County, Maryland. Bordering the eastern side of Washington, D.C., Prince George’s County is home to top universities, major corporations, a highly educated workforce and some of the most affordable housing in the Washington metropolitan area.

Most importantly, Prince George’s County has been No. 1 in job growth in Maryland for five consecutive years.

“Nothing matters more to cutting-edge companies and top employers such as Amazon than the ability to recruit the best and brightest from around the world,” said David Iannucci, president and CEO of the Prince George’s County Economic Development Corp. “Maryland and Prince George’s County have been attracting the best for generations.”

Maryland has no shortage of top talent, particularly when it comes to tech and science. No state in the U.S. has a higher concentration of science, technology, engineering and math workers than Maryland, an achievement that is celebrated each year at the Maryland STEM Festival. The state is also the second-best educated in the country, based on bachelor’s degrees and graduate degrees per capita.

The University of Maryland’s flagship campus is in College Park, which partly accounts for why Prince George’s County boasts such a high concentration of doctoral scientists and engineers in its workforce. Having one of the nation’s leading research universities nearby is also a boon for the NASA Goddard Space Flight Center in Greenbelt and the National Oceanic and Atmospheric Administration in nearby College Park.

Iannucci said that the Prince George’s County Economic Development Corp. plans to offer businesses all the tools they need to succeed, including financial and tax incentives to fuel growth, workforce support and consulting, site selection support and business counseling services.

Prince George’s County also houses some of the region’s most dynamic upcoming development and revitalization projects, including the new $650M University of Maryland Capital Region Medical Center, opening in March 2021. It will be the most technologically advanced teaching hospital on the East Coast. The area also includes the $1.25B MGM National Harbor Resort and Casino, overlooking the Potomac River.

“With the expansive development around our major Metro stations, Prince George’s County is a convenient and affordable alternative to Washington, D.C., and northern Virginia for business growth,” Iannucci said.

In 2022, Prince George’s County will welcome the East-West $5.6B Purple Line light rail system, which will link Metro’s Green, Yellow and Orange lines, as well as Maryland commuter rail’s Penn and Camden lines and Amtrak station in New Carrollton. Even with its proximity and ease of transit to downtown D.C., Prince George’s County remains the most affordable housing market in the Washington metropolitan area.

Iannucci pointed out that along with benefiting from the Purple Line and 15 Metro stations, Prince George’s County will also enjoy $9B in improvements planned for highways in Maryland’s D.C. suburbs.

“Prince George’s County is laser-focused on the business community’s needs, desires and dreams,” Iannucci said. “We embrace innovation at all levels and have a passion for removing obstacles to success, working to achieving our long-term goals.”

This feature was produced in collaboration between Bisnow Branded Content Studio and Prince George’s County Economic Development Corp. Bisnow news staff was not involved in the production of this content.