Few folks in Seattle have been through as many real estate cycles as Martin Selig, or figured out how to navigate them as well. Martin may be the most prolific and successful office developer in the city's history. That's why we're delighted he’s keynoting our 2016 Forecast event on Feb. 24 at the Grand Hyatt Seattle. He sees things others don’t. 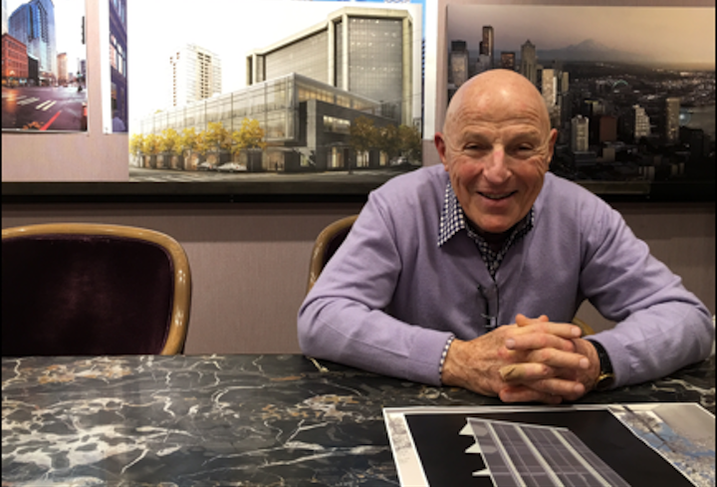 We snapped Martin in his office, where the 79-year-old has the energy of a 19-year-old. He’s built over 7M SF and 35 or 40 properties, has 4M SF and 26 properties still in his portfolio, and 1.5M SF underway. And he does it all without partners. 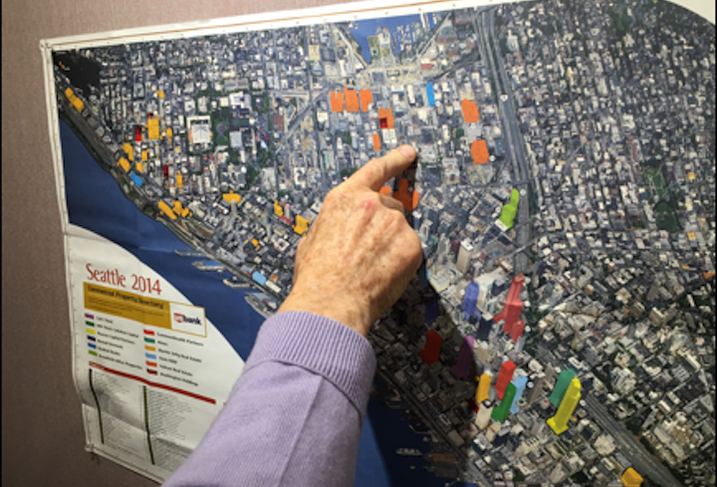 No one has built more product in more neighborhoods. Often he builds when others stop so he has a head start for the next cycle, like years back in the Denny Regrade, Lower Queen Anne and Downtown. 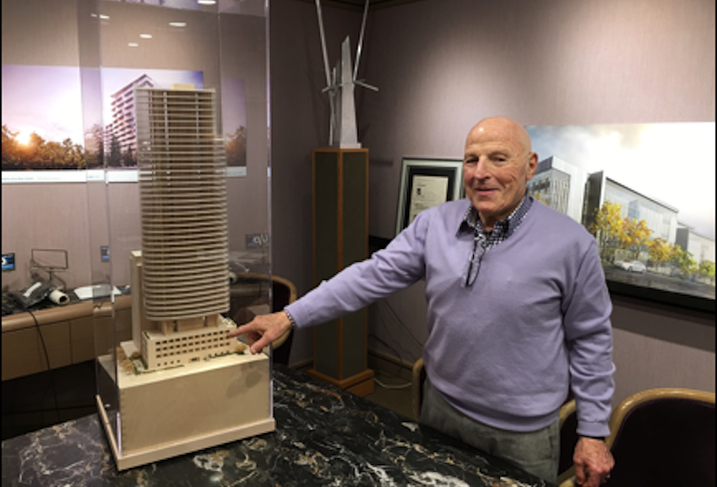 His píece de résistance now: plans for 49 floors (550k SF of office plus 12 top stories of apartment) at the old Federal Reserve building on 1015 Second, which he bought a year ago and has cleaned up for the first time since it was built 66 years ago—the limestone turns out to be peach-colored, he shows us. 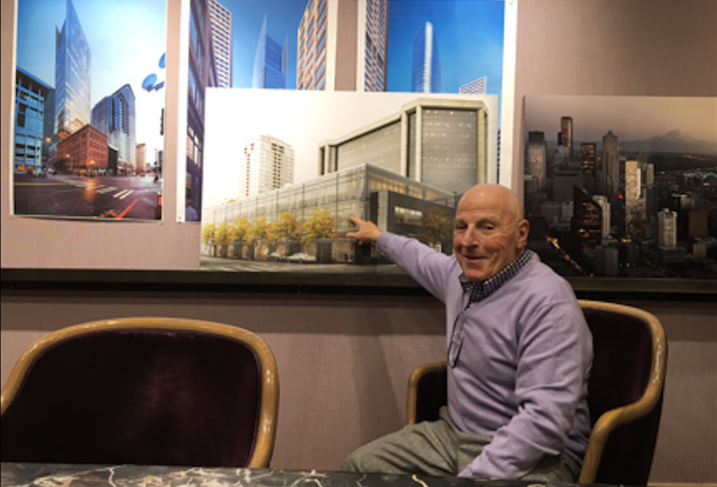 And he has seven other projects in the pipeline: 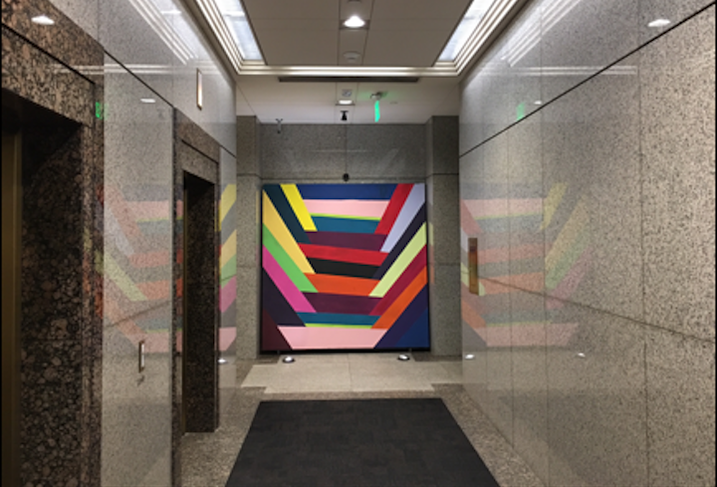 Developing is just a part of Martin’s life. Some fun facts you may not know:

What kind of art he buys: Major sculptures, even monumental pieces like a 12-foot-high Fernando Botero he got recently to put in front of the Federal Reserve
What he paints himself: “abstract whenever I have something to say”; has a home studio, uses oils; here's one of his pieces near the office elevators
When does he find the time: sometimes 4 in morning
Favorite music: Mahler, Bruckner, the Verdi Requiem and watching old Horowitz performances (saw him in London 25 years ago)
Bringing music to Seattle: two years ago he underwrote bringing the London Philharmonic here, four years ago the Israeli Philharmonic, later this year, the LA Philharmonic
Skiing: 42 days last year, aiming for 50 days this year
Where: Sun Valley, been going there 57 years
Why: "It’s just the best place."
Where’d he learn: Snoqualmie Pass
Motorcycling: after college, had Kawasaki automatic, didn't have to shift gears; don't make those anymore. Now has a Heritage Softtail
Where: last year circled Switzerland, goes around Rainier several times each summer
Bicycle: Davidson Road Bike
College: University of Washington '59
Why he went into real estate: Didn't trust the stock market; started when he got out of the Army after ROTC (Fort Lee Virginia for six months in the early '60s)
Any big birthdays coming up? Maybe
When: Dec. 31 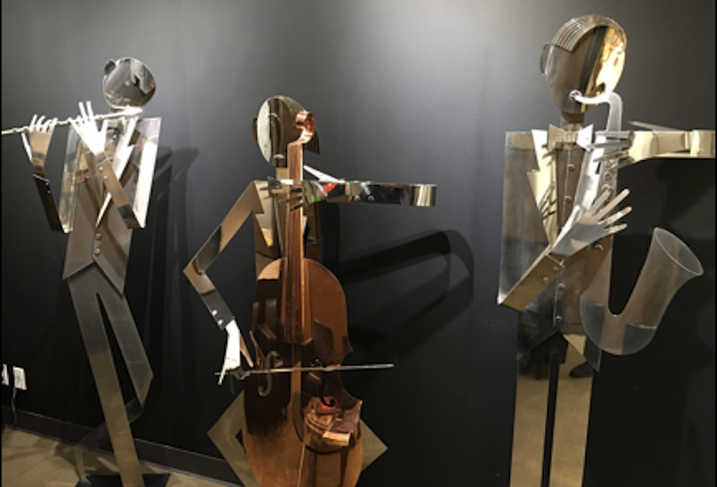 We’ll strike up this band. These figures (done by Hagenauer in 1935) are six feet high, and stand ready to play in Martin's lobby. (Meanwhile, come hear Martin Feb. 24 at the Grand Hyatt.)