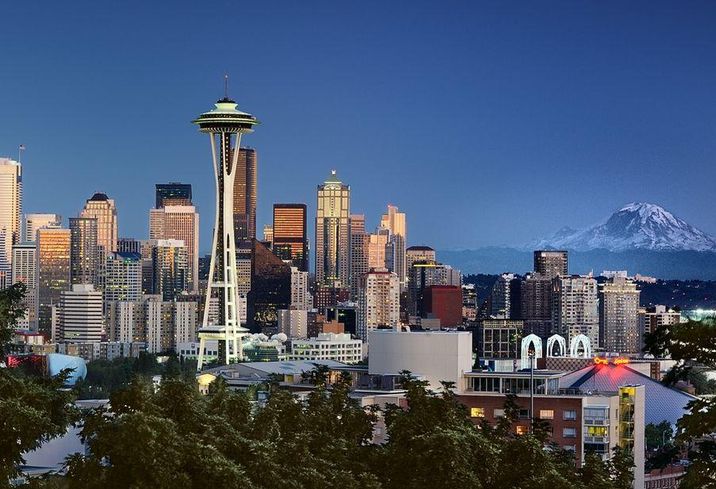 Investment in office projects across Seattle was robust in Q2 2017, according to new data released by commercial real estate market research firm Yardi Matrix. The average price per SF for office buildings was $781, a five-year high for Seattle.

Three office projects in Seattle surpassed the average and traded for over $800/SF in Q2, Commercial Café reports. Two office buildings leased by Amazon at 428 Westlake Ave. and Midtown 21 sold for $890/SF and $920/SF, respectively. The Facebook offices at Dexter Station sold for $813/SF.

Midtown 21 was purchased by Frankfurt-based Union Investment in mid-June for $330M, the biggest transaction of the quarter. The 21-story, 370,800 SF high-rise in downtown Seattle was recently completed and includes 365K SF of office space and 5,800 SF of retail. The second-largest transaction was conducted by Frankfurt-based Commerzbank. The company purchased the 10-story, 351,731 SF Dexter Station for $286M.

Four massive office projects set for completion in Q3 totaling 2.1M SF are under development in Seattle. The largest project is Schnitzer West’s Madison Centre in the Seattle central business district. The 37-story, 753,840 SF building will include roughly 7,800 SF of retail and is scheduled for completion by the end of July. The 404,889 SF Amazon Houdini North building at 399 Fairview Ave. North and the 292,274 SF Tilt 49 at 1812 Boren Ave., developed by Urban Renaissance Group, are also expected to become available for purchase by the end of July. In late September, Daniels Real Estate’s 695,519 SF F5 Tower at 801 Fifth Ave. is set for completion.

With a market this strong, the high rate of investment in Seattle office properties is likely to continue.