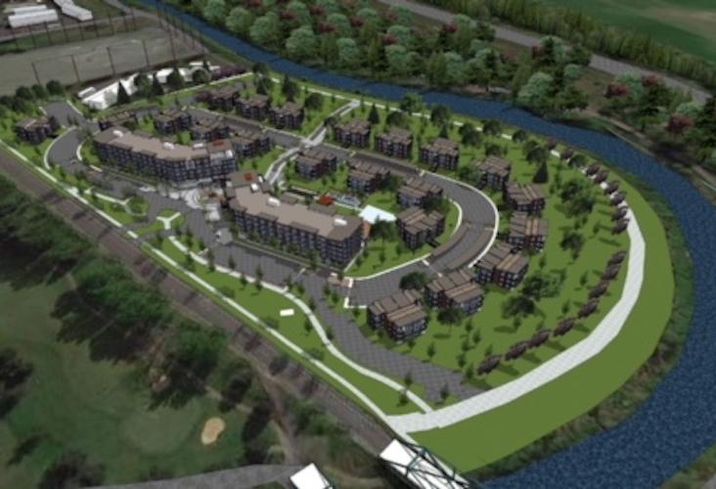 Courtesy of HAL Real Estate
Marquee on Meeker will be a 20-acre, mixed-use community in Kent. Phase 1 will be complete this year.

Currently pacing at $1,780/month for a one-bedroom, that amount represents an increase of 3.8% since last year. This compares to a 5% year-over-year increase for the same period ending in 2018. The highest increase took place in May 2016, when year-over-year rents jumped 11.2%.

The national average for a one-bedroom apartment was $1,474 at the end of 2019, which is an increase of 3% from a year earlier, according to a report by RENTCafé.com.

Kent is actively developing plans to make the industrial-heavy city more pedestrian-friendly and to become a place where people want to live, rather than just work.