As one of the top growth markets in the country, the Seattle region is the economic development envy of the world. According to speakers at Bisnow's Seattle Emerging Markets event, its bustling urban core is not the only hot submarket.

Many of the other 82 cities in the Puget Sound area offer investment opportunities, growing retail hubs and impressive efforts at placemaking. 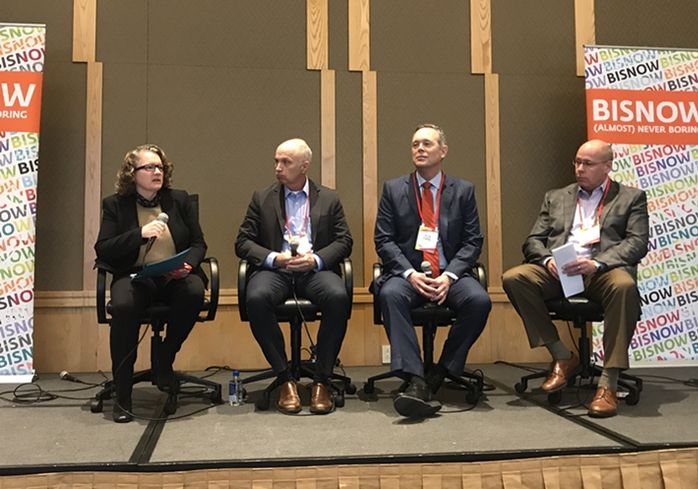 One panel took up the question of where the emerging markets are in Seattle and how developers and contractors can best take advantage of those hot markets — of which there are quite a few.

"No one wants to get in their cars anymore," Parks said. "They want services in infill locations, such as Metropolitan Market going into Magnolia or PCC going to Columbia City, where there's good access to South Lake Union.

"If you want to find an emerging market, look for the cranes," Parks said. "The first quarter-mile around those cranes is where you'll need to go. Of course, we come last because you need a concentration of people in an area before you can put in grocery stores."

Predictability in planning and infrastructure are important in the success of an emerging market, Parks said.

"Plans laid down by municipalities have to have enough flexibility to allow developers to achieve their goals, as well as the goals of the municipality, such as placemaking or walkability."

Seco Development Director Kip Spencer, whose company specializes in urban infill, said Seco's most recent focus has been SouthPort, a 2.4M SF mixed-use development including apartments, a Hyatt and a 700K SF office campus, on South Lake Washington in Renton.

"We're building a Class-A project in a place with no Class-A space," Spencer said. "It's one of the largest projects now active in the Seattle area."

The location is solid for this kind of development, Spencer said, and cooperation from the city has been especially important. That is a major factor in fostering growth in emerging markets.

"We've worked with the City of Renton to help provide better access to the property," he said. "And the city has helped us to do innovative things with parking. In my experience in 30 years in development, I've never experienced smoother cooperation than with Renton on this project."

Abbott Construction Director of Development Mike Price, whose company specializes in healthcare, retail and restaurant building locally, said there are emerging markets in Des Moines, Snohomish and near Lake Washington.

"We're beneficiaries of a tremendous economy," Price said. "But emerging markets come with emerging risks, and we work with our development partners to mitigate those risks.

"Predictablity is a big component in the success of a development, even in a hot market," Price said. "That's because Seattle is the sixth-most expensive construction market in the world — not in the country, but the world. So you have to know precisely what's going to happen, and when, to contain costs. Unpredictable costs add another layer of risk.

"My recommendation for any developer working in the Seattle market is to form a team as early in the process as possible, including a contractor who itself has a team of subcontractors that they rely upon for pricing input. Get everyone on board at the schematic stage, to get commitments on pricing." 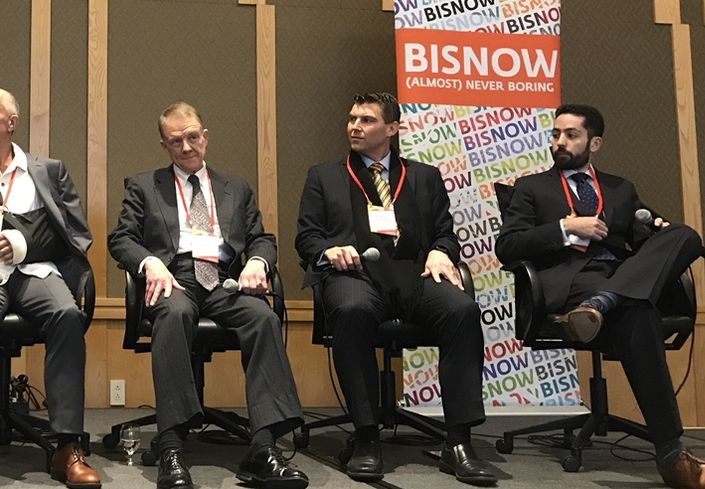 The other panel examined public-private partnerships, or P3s, and their role in the emerging markets of greater Seattle.

Swinerton Project Executive Gary Chubb said Swinerton is on its fifth P3 in California — city halls, libraries, police stations and the like — and that as the population grows in the Pacific Northwest, he expects the P3 delivery method will be useful for replacing aging infrastructure.

"The way to look at P3 is whether it's helpful to the client or not," Chubb said. "Without a doubt, long-term funding and consistent development and operation of public facilities is only getting harder."

Walsh Investors Senior Development Manager Aaron Toppston works on P3s across North America, and they involve an owner that is completely public, financing that is private and an operations and maintenance component.

One example of a successful P3 was Pennsylvania's Rapid Bridge Replacement Project, which was awarded by PennDOT to the consortium of Plenary Walsh Keystone Partners, Toppston said. The Commonwealth of Pennsylvania took advantage of the new P3 tool, signed into law in 2012, to replace 558 aging bridges throughout Pennsylvania.

"It highlights a myth about P3, that there's always toll risk in these projects," Toppston said. "But there are no tolls on these small bridges. The commonwealth looked at P3 to accelerate delivery, gain economies of scale and finish the project years ahead — and at a significant cost reduction compared to the original plan."

Port of Seattle Senior Director of Capital Development Ralph Graves said that as an agency, the port is curious to learn more about P3s, and how they might help solve some of the challenges the public infrastructure faces.

"Even so, I'm the resident skeptic about P3. Our perce ption is the P3 is an answer searching for the right question here in Washington," Graves said.

"At the port, our measure of successful projects are traditional. We'd like to see a cost that's justifiable and predictable. Once we make up our minds to do a project, we'd like to see it happen quickly.

"We want to be able to be flexible and drive for quality, and we want the assurance that we're getting what we buy."

'There Isn't One P3 Model That Fits All' 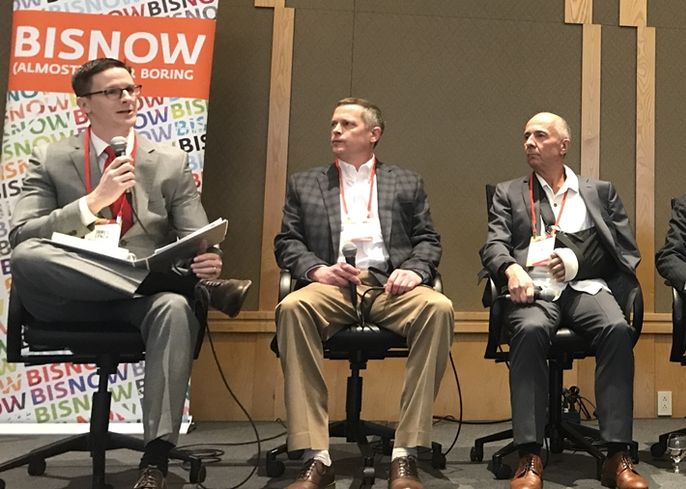 KPMG Advisory principal Daniel Feitelberg, who led the development of a P3 project that is doubling the size of the Merced campus of the University of California, said P3s are a customized contract between the private and public entity to achieve a public goal.

"Because public-sector goals are so diverse, there isn't one P3 model that fits all," Feitelberg said.

"At the University of California, when we set out to expand this young campus, we had a variety of concerns: how do we ensure that its student housing fosters student success? How do we make the laboratories functional over the long-term? How do we deal with the deferred maintenance backlog for the existing facilities? How will the new facilities adapt to new technologies over time?

"We examined forms of P3 that addressed those concerns. Ultimately, we chose a model called an availability payment contract."

That model, Feitelberg said, involved design-construction, partial financing and no operations on KPMG's part. Long-term maintenance of the facilities was the thorniest issue, he said.

"We designed a contract based on performance standards, so that the payment for the facilities required not only the facilities to be built, but that they must operate to standards set forth in the contract — elevators must work, the roof can't leak, there must be a certain amount of light in the rooms, and so on."

Performance Based Building Coalition Senior Advisor Marv Hounjet said the coalition is a group of about 90 entities with a common goal of removing obstacles impeding the use of private investment in the construction, renovation and replacement of public structures.

"There's a broad range of P3, and they don't work for every project," Hounjet said. "But there are projects for which P3 works quite well. On one side of the spectrum, there are toll road-like projects, for which the public sector might not have sufficent funding, so the private sector takes the risk.

"On the other side of the P3 equation, there is the performance model," Hounjet said. "That's designed to make sure there's certainty of execution. There's a whole raft of projects in between those kinds of P3s. Each project is unique, and a P3 structure has to recognize that."