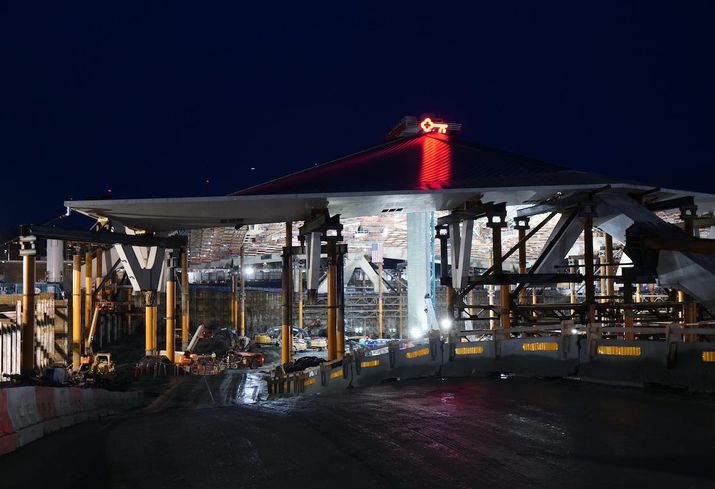 Mortenson Construction recently raised the 44 million-pound roof of the Seattle Center, marking a new phase in the massive $1B project.

The latest lift was completed with 72 temporary steel columns, cross beams and a steel reinforcement structure called a kickstand.

Once finished, the roof is designed to appear as though it is floating. Prior to the redesign, the arena’s roof was supported by 20 concrete Y-columns and four giant buttresses.

The $1B project is privately financed and is a collaboration between Oak View Group, CAA Icon, Thornton Tomasetti, Hart Crowser, Mortenson and Populous. It is set to deliver in summer 2021 in time to host the NHL’s Seattle team’s first season.

Though heavy, the suspended roof is considered safe and is covered with sensors. It is designed to withstand both wind and earthquakes, and engineers are following guidelines by the American Society of Civil Engineers’ codes and standards for “design loads during construction.”