As commercial construction costs soar and the time it takes to complete a project continues to climb, the new cross-laminated timber building option may soon be offering some relief for Washington state's commercial real estate community. 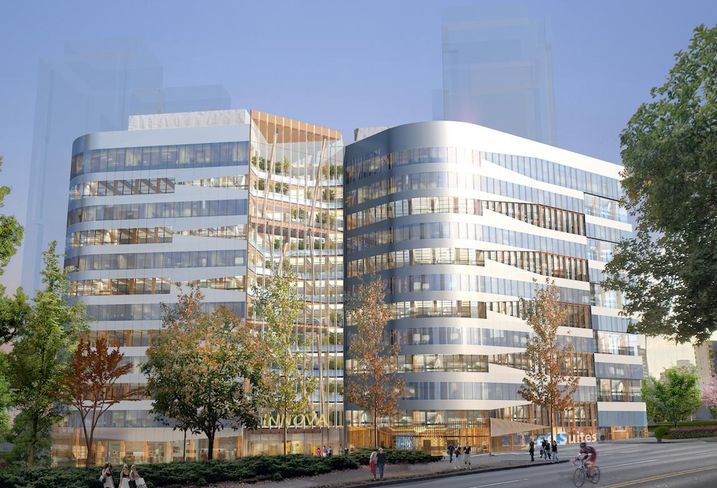 Courtesy of DLR Group
This rendering was used for the Seattle Mass Timber Tower Case Study.

Washington is the first state in the nation to allow CLT to be used in buildings without first pursuing alternative methods. The code changes are the result of the passage of SB 5450 that called for more cross-laminated timber to be used in building construction. At the end of 2018, the Washington State Building Code Council approved code changes that allow for the structural use of mass timber in buildings as tall as 18 stories.

Cross-laminated timber is made up of three, five or seven layers of lumber that are aligned at right angles to each other and then glued together to form strong structural panels.

"These code changes will allow for greater use of mass timber here in Washington, and position our state as a leader in the nation," Forterra President and CEO Michelle Connor said in a statement. "As mass timber becomes more widely utilized, it has great potential to support employment in rural areas, improve forest health on public lands in need of restoration, and enable new and affordable approaches to building for fast-growing urban populations."

One of its greatest benefits is that CLT saves money on labor, DLR Group Senior Associate Matthias Olt said.

Cross-laminated timber is not cheap. It is more expensive per unit than steel or concrete. The savings comes in reduced labor costs. The number of construction workers required on-site is cut in half, Olt said.

“There is also [a] rapid learning curve,” he said. “It doesn’t require the highly skilled labor like ironworking does.” 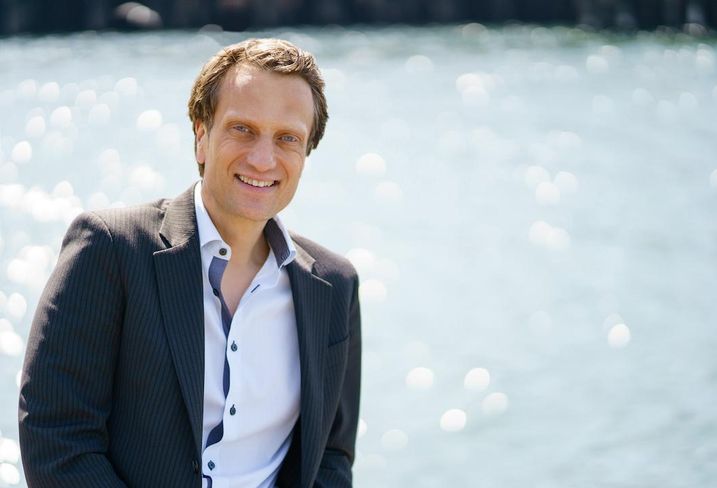 Not only do you need less labor to assemble the building, it comes together much faster, Olt said.

“You put one floor together, and then you repeat the process eight or nine times,” he said.

There are significant time and cost savings in the repetition. Additionally, materials costs are more constant, Olt said.

“Steel and concrete are very much subject to international trade implications,” he said. “CLT can be sourced here in Washington state. A lot of local politicians were pushing for the cause.”

“Drop ceilings and suspended ceilings are not permissible in mass timber design,” he said. “As a result everything is exposed: sprinkler lines, wiring, suspended light, air vents. There is a key opportunity to really coordinate well from an engineering perspective to arrive at an interior design product that doesn’t look thrown together.”

In 2018, a team that included DLR Group, Martha Schwartz Partners, Swinerton, Fast + Epp, WoodWorks and Heartland developed the Seattle Mass Timber Tower Case Study that serves an example for the design of a 12-story, mixed-use timber tower in Seattle.

CLT is already being used in Tacoma, according to a report in the Tacoma News Tribune. Brewery Blocks, a mixed-use building that sits atop a former  warehouse in Tacoma’s Brewery District, is being assembled with CLT panels that were prefabricated in a Montana factory. Construction of the building is rapid, taking only eight days to complete each floor. The train station in Tacoma was also constructed using CLT.

As more states and cities embrace CLT, the market is expected to take off. In April, a Research and Markets report predicted that the global market for CLT would expand from its current level of $664M to $1.4B by 2024. The report cites the decrease in construction time as a top driver for increased market demand.

CORRECTION, JUNE 6, 1:53 P.M. PT: A previous version of this story did not include Fast + Epp as one of the members of the team behind the case study. The story has been updated.